PARIS (AP) — Video of a suspected Islamic extremist at Paris’ Orly airport shows a soldier caught by surprise when an attacker drops a shopping bag and grabs her from behind.

The Associated Press has obtained security footage of Saturday’s attack, which caused panic and shut down the French capital’s second-biggest airport. It shows the attacker grabbing the soldier around the shoulders as her companion patrols slightly ahead.

For a few moments, almost no one reacts. One passenger rolls a suitcase past the hostage soldier and the second soldier continues on his way. Then, suddenly, people start backing away in a mass as the attacker pulls his hostage toward them.

The attacker, Ziyed Ben Belgacem, was shot dead within three minutes during a standoff with the companion and another soldier. 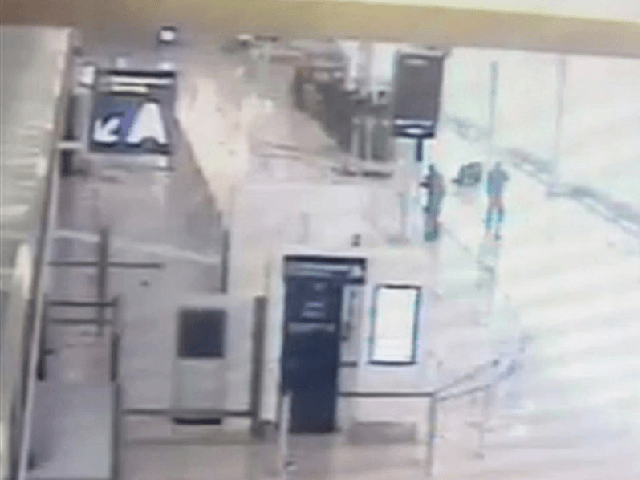 CCTV footage provided to AP on the condition that its source not be revealed, suspected Islamic extremist Ziyed Ben Belgacem remains on the ground, top left, after being shot by a soldier, as another soldier, who was previously held by him, second right, crawls away at Paris’ Orly airport, Saturday, March 18, 2017 / AP

The footage shows him trying to wrestle away the first soldier’s gun as he approached the crowd, but he was killed before he could fire the weapon. No one was injured at the airport.

Earlier Saturday, a police officer was shot in the face with birdshot when officers stopped Belgacem for a traffic violation.

Authorities say Belgacem, a 39-year-old Frenchman, had a long criminal record of drug and robbery offenses.

Autopsy toxicology tests found traces of cocaine and cannabis in Belgacem’s blood, according to the Paris prosecutors’ office. He also had 0.93 grams of alcohol per liter of blood when he died Saturday, the prosecutors’ office said. That is nearly twice the legal limit for driving in France. 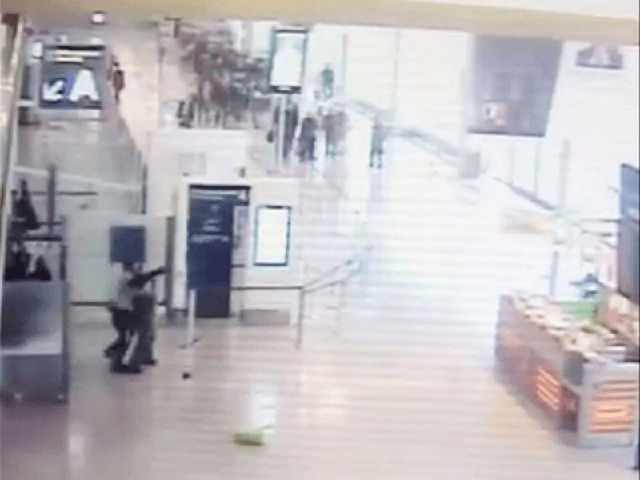 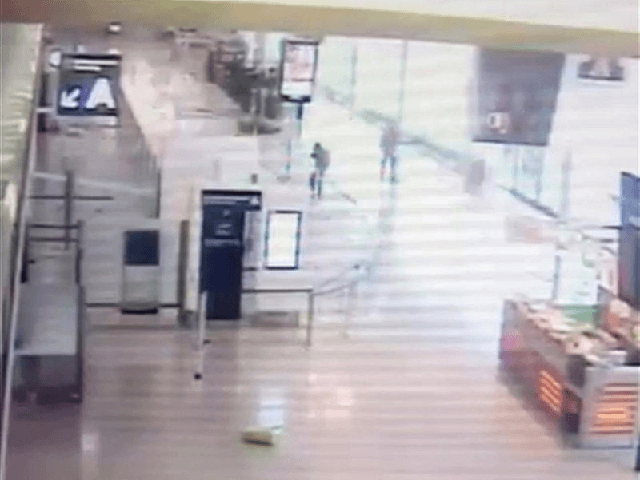 Suspected Islamic extremist Ziyed Ben Belgacem, center top, holds a soldier after grabbing her from behind as another soldier, bottom center, arrives at the scene at Paris’ Orly airport / AP 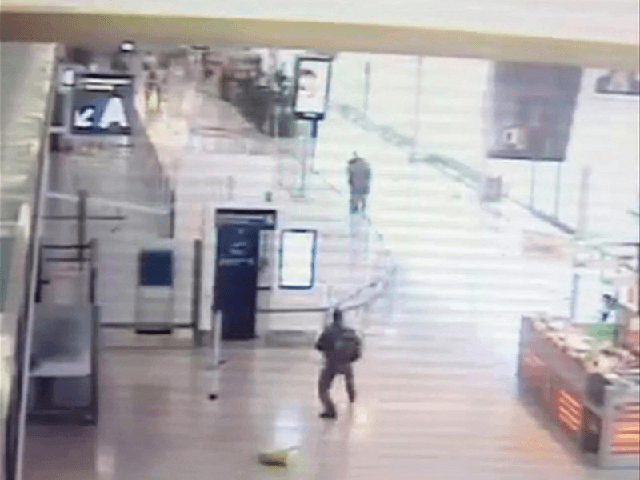 Two soldiers take aim at suspected Islamic extremist Ziyed Ben Belgacem, top left, as he holds a soldier after grabbing her from behind at Paris’ Orly airport / AP