PARIS, France: Groups of Communists, anti-racists and other far leftists marched down the streets of Paris from the Place de la République to the Bastille to protest anti-mass migration candidate Marine Le Pen.

The protest, scheduled every year on May 1st, saw thousands of far-left activists and sympathisers march down the Boulevard Beaumarchais starting at the place de république. The event was organised by the  General Confederation of Labour (CGT), a trade union group in association with the Unitary Union Federation, Worker’s Force (FO) and the Solidaires.

CGT Secretary General Philippe Martinez said, “Our slogan is clear: We must beat the FN for social progress. The FN is a racist, xenophobic, ant-female and liberal party.” Jean-Claude Mailly of the FO added that the march was about society not going “backwards.”

Aside from the trade unionists, there were also many outright communist groups including the Communist Party of France who took part in the march. 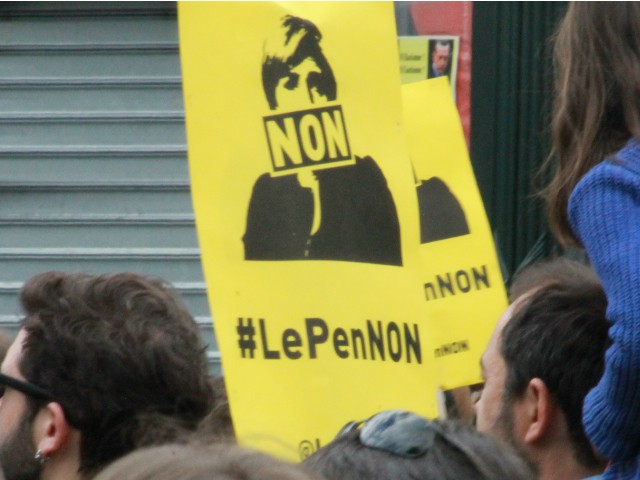 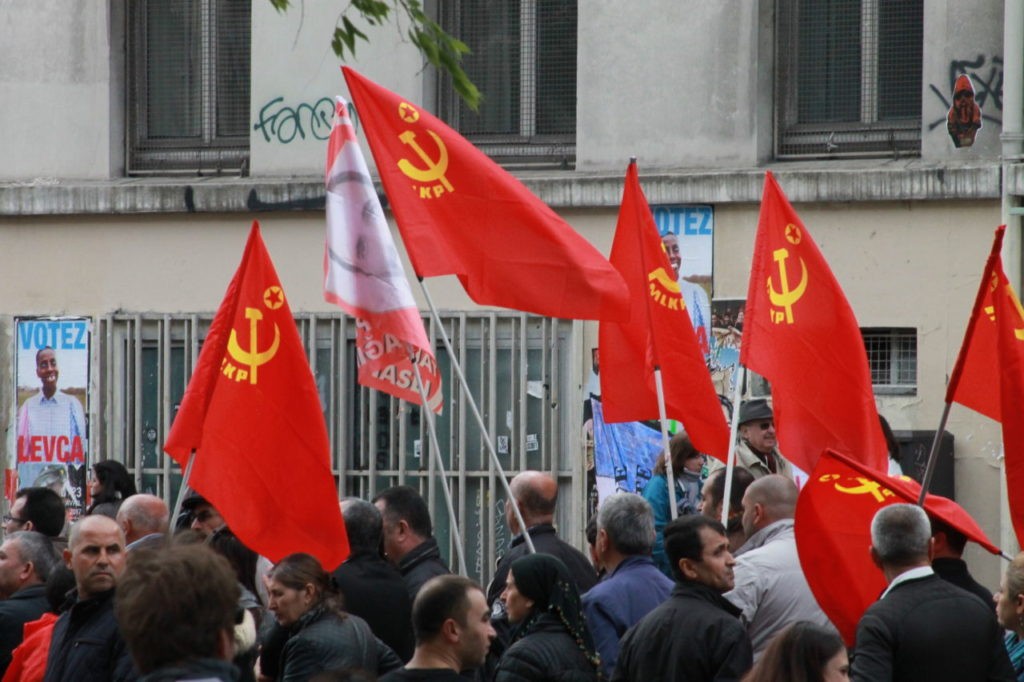 A large banner of the Solidaires hung from one of the buildings on the route saying, “The extreme right is a mortal danger,” and many of the residents came to their windows, some to cheer the protesters and others who seemed displeased with the loud music and speeches. 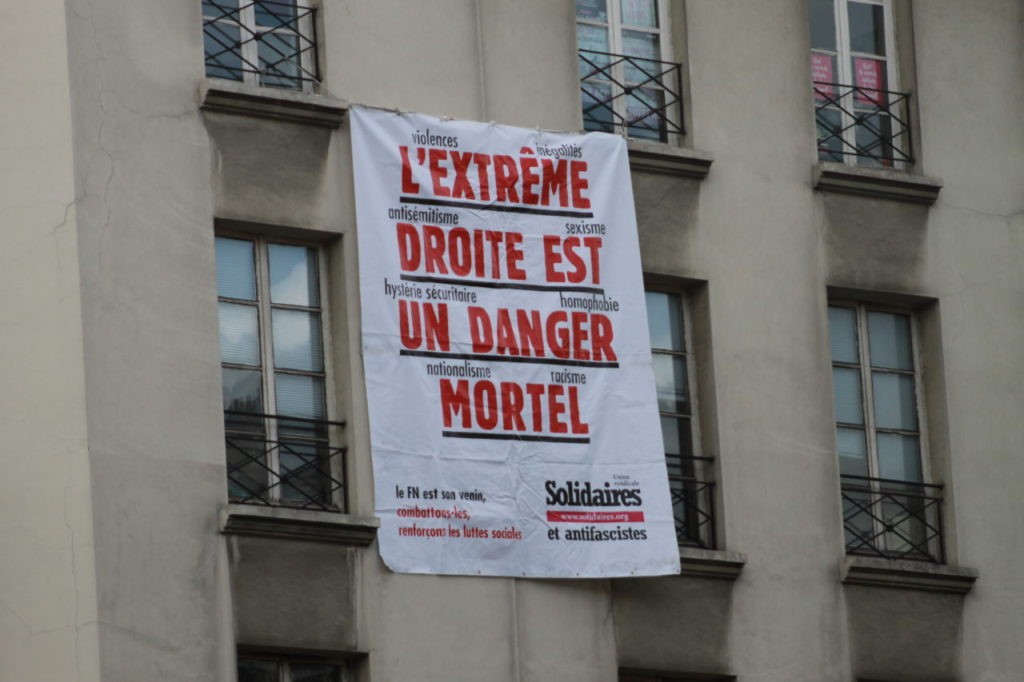 APEIS, a trade union who advocate for the unemployed were also at the event. 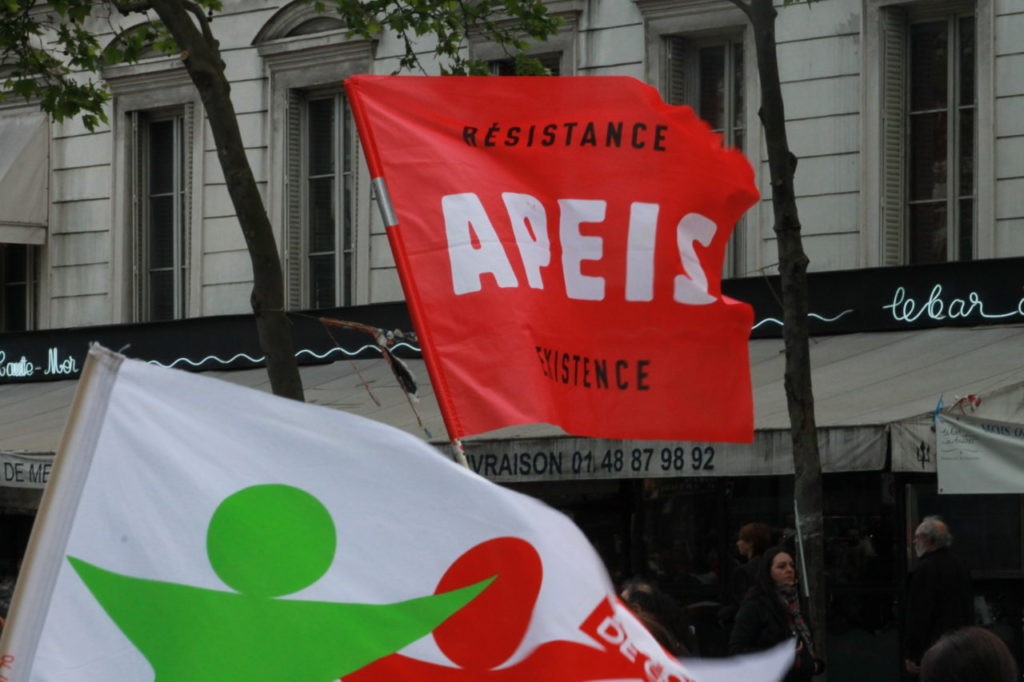 Despite there being a number of protesters carrying European Union flags at the event, not everyone supported the idea of France staying in the European Union. The Communist Party of France called for a “progressive Frexit” on one of their banners. 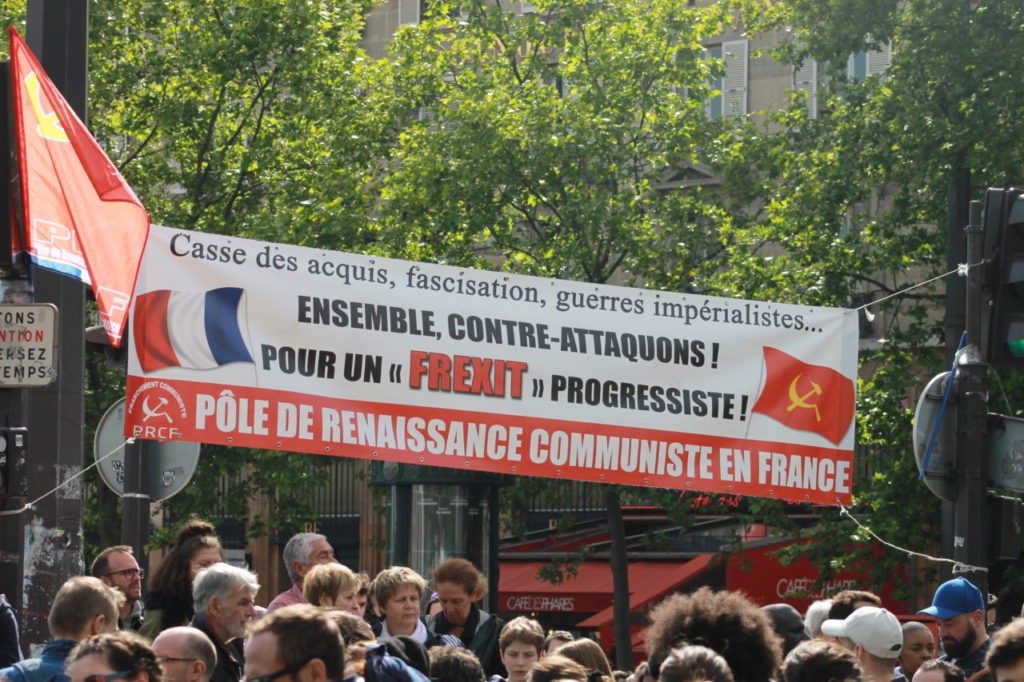 Despite the march being against Marine Le Pen, the anti-mass migration candidate is the only one in the race currently arguing that the French should get a referendum similar to the British referendum on European Union membership. Far-left former candidate Jean-Luc Melenchon was also sceptical of the European Union and has so far not endorsed either Le Pen or Macron.

There were also many anti-Le Pen signs and stickers posted on walls, lampposts and on home made signs carried by protesters. 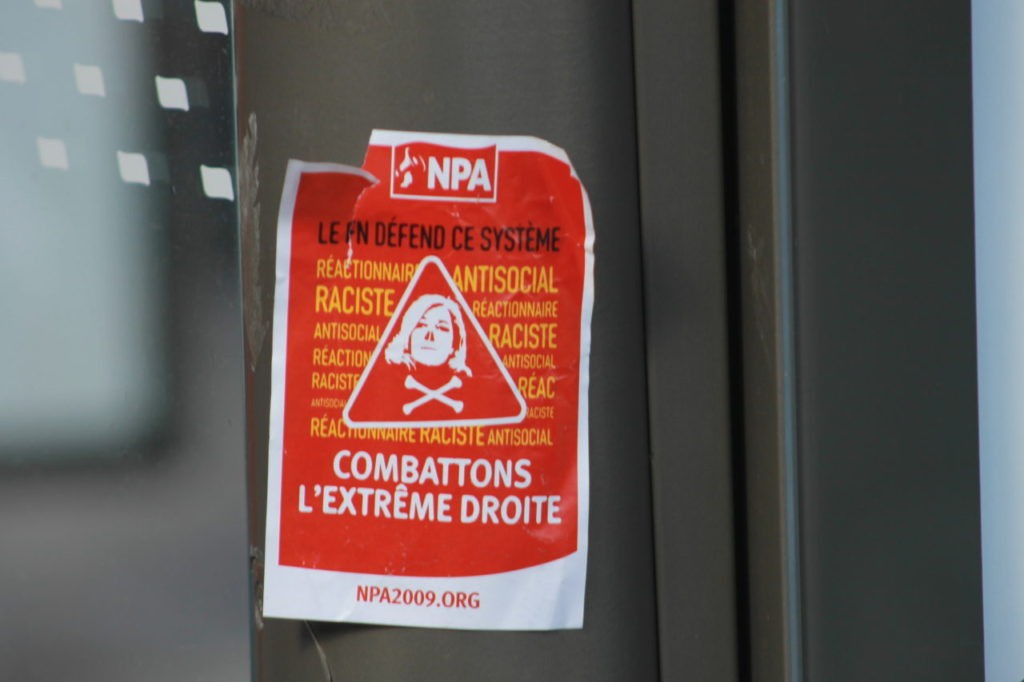 At the beginning of the protest, masked members of the Antifa group rioted and fought with police around the area near the Bastille. the far-left extremists threw petrol bombs at the police officers who responded with tear gas and concussion grenades. Several shops were also damaged by the rioting leftists.

Earlier in the day, Le Pen drew a crowd of thousands for her final large rally in Paris before the election this Sunday. Le Pen called on voters to support her and called Emmanuel Macron the continuation of the same policies as vastly unpopular president Francois Hollande.