Borisov’s party won the most votes in the March 26 general election but not enough to form a government alone.

Borisov, a former bodyguard and Sofia mayor, headed his first government between 2009 and 2013 but stepped down amid nationwide social protests that turned violent. In November, he quit halfway into his second term after his party’s presidential candidate lost to a Socialist. 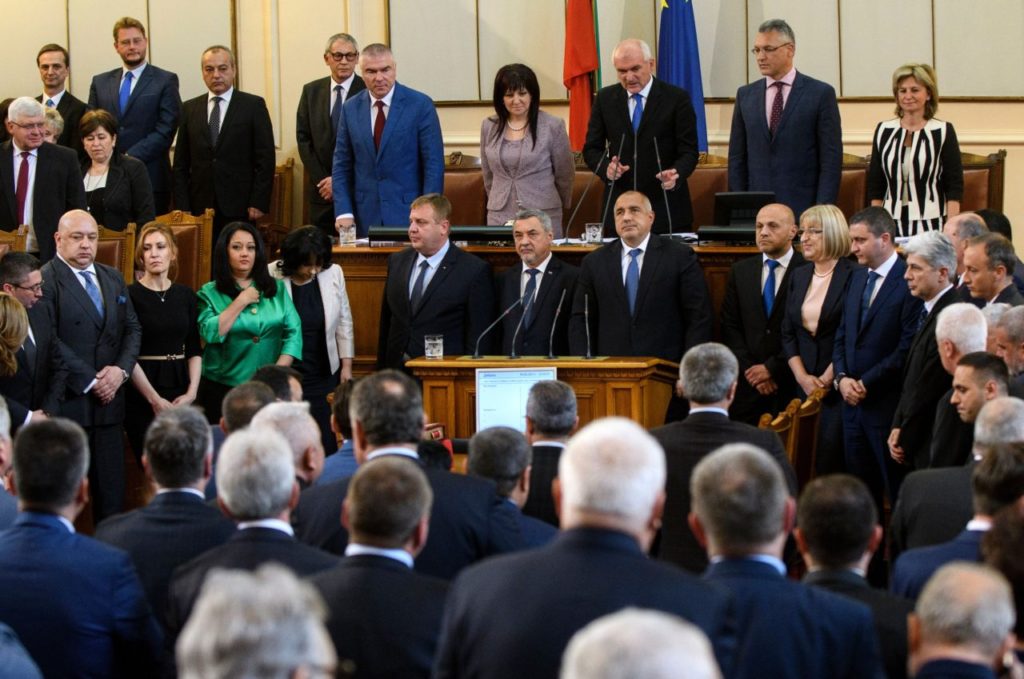 Bulgaria’s new Prime Minister and leader of the centre-right Citizens for European Development of Bulgaria party (GERB) Boiko Borisov (bottom, 6-R) looks on during an official swearing-in ceremony for his cabinet on May 4, 2017 at the parliament in Sofia. (NIKOLAY DOYCHINOV/AFP/Getty)

GERB holds 95 seats and the nationalists 27 in the 240-seat legislature. The new government can also rely on the declared support by the 12 legislators of the populist party Volya.

Speaking in Parliament on Thursday, Borisov pledged to keep the country on pro-European and pro -NATO track.

“We will work for the unity of the European Union and its further enlargement,” Borisov said.

The main challenges for his Cabinet will be to maintain stability in the country amid uncertainty in the EU over Brexit, instability in neighboring Turkey and Macedonia, and fears of a potential migrant inflow.

Political analysts say that the two coalition partners will likely bridge their differences and the government could serve out its four-year term.

“Although our partners in Brussels disapprove of the inclusion of far-right parties in a government, I think that Bulgaria’s upcoming presidency of the European Commission will legitimate this government as pro-European,” said political analyst Dimitar Ganev.

Bulgaria will take over the six-month presidency of the European Council from January next year.