A group of leading populist thinkers met in Milan Thursday to discuss the future of Europe and especially the relationship between the European Union (EU) and its individual member states.

A growing malaise has been sweeping Europe as citizens grow progressively more distrustful of the European Union and desirous of recovering the sovereignty of their own nations and of taking back responsibility for their own destinies.

The Milan conference, titled “Sovereignty vs. Globalism: Shifting Geopolitical Realities in Europe and the USA,” analyzed this phenomenon by comparing the populist-nationalist fervor in Europe with the movements that produced the Trump revolution in the United States and Brexit in the United Kingdom. The meeting was cosponsored by the Milan-based political-cultural journal Logos together with Breitbart News.

Ted Malloch, Donald Trump’s putative ambassador to the European Union, spoke of the President’s first 100 days in office, laying out the statistics of his numerous accomplishments that are rarely if ever discussed by the mainstream media and comparing them to past administrations. He also drew comparisons with Europe’s recent history, as EU power in Brussels has grown steadily while many member states languish in economic stagnation and migratory crises.

The migration question came up again as Prof. Giuseppe Valditara, the academic director of Logos, explored Europe’s contemporary migrant crisis with similar events in the ancient Roman Empire that eventually led to its collapse.

“Many speak of the need for ‘generosity’ in welcoming huge numbers of economic migrants,” Valditara noted, “but few speak of the generosity needed toward our children and future generations as we hand on to them a society that scarcely resembles the one we received in heritage,” a comment that elicited enthusiastic applause from the audience that filled the hall.

Italy’s former finance minister, Senator Giulio Tremonti, spoke of the anger experienced by those who thought that they had finally figured out how to create the “new man” and the “new society,” based on a unitary thought allowing no opposition, only to find their project thwarted by the very democratic system they claimed to be serving.

Tremonti, the author of numerous books including his recently published Mundus Furiosus, offered a historical analysis of how the European Union has gradually separated itself from an active partnership with the individual member states, arrogating more and more decision-making power to itself.

Brussels, Tremonti argued, has become less and less democratic with the passage of years, fearful of subjecting its authority to the will of the people it governs.

“The Europe of Brussels has little by little taken on the absurd form of an upside-down pyramid,” Tremonti contended, “built with para-constitutional measures of an excess of power and a deficit of democracy.” 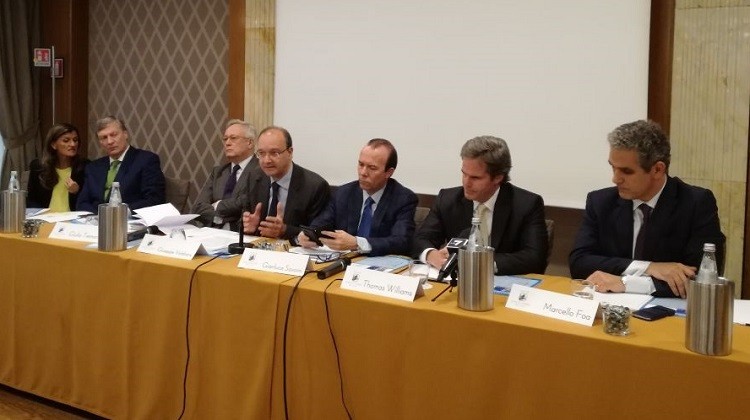 Dr. Thomas Williams, Breitbart’s Rome bureau chief and co-organizer of the conference, spoke of the need for greater subsidiarity in the relationship between the EU and its members, understood as the concentration of decision-making power as close as possible to the citizens who are affected by it.

The Trump revolution in the United States, Williams argued, was “the direct result of people’s instinctive longing to have a greater say in setting the conditions under which they live, work and raise their children, and thus was an unspoken appeal to the principle of subsidiarity.”

Against hyper-regulation, government overreach and fiercely enforced political correctness in the United States, Williams noted, people reasserted their own sovereignty and right to self-government—a phenomenon mirrored by growing populist movements in Europe.

Marcello Foa, editor-in-chief of the Swiss-based Corriere del Ticino, spoke of the ideological battle being waged between the establishment, bent on holding onto its power and the status quo, and the unsatisfied masses who are tired of being told what they are to think and what is best for them and would like the chance to decide for themselves.

The establishment would like to brand all uncomfortable ideas as “fake news,” Foa noted, when in reality they simply represent an alternative perspective and worldview, a comment that drew spontaneous applause from the audience. 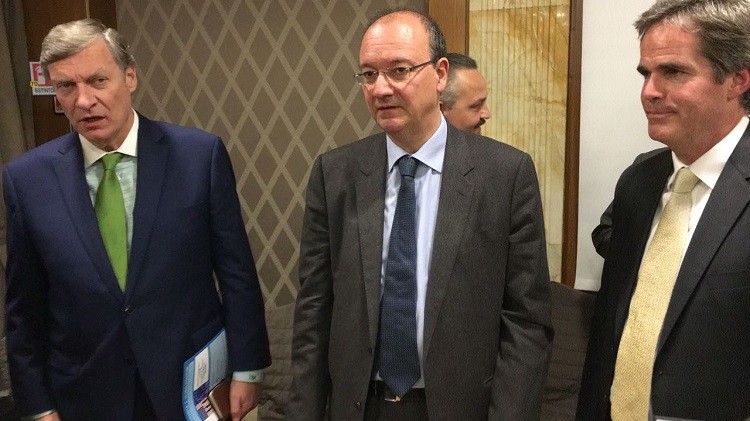 While many are aware only of the passive acquiescence of contemporary European society to its various ailments, the Milan conference showed that an energetic and forward-thinking nucleus of thinkers is busy planning how to get it back on its feet again.

The way to “make Europe great again,” the speakers seemed to agree, is by restoring the greatness of the individual nations and cultures that she comprises.