The prime minister of Poland has launched a blistering attack on the “political elites” of Europe in the wake of the Manchester terror attack, warning the continent must put in place “strong politicians” willing to tackle the threat or risk “crying over your children”.

Speaking in the Polish Parliament on Wednesday, Beata Szydło seized the moment to launch an excoriating attack on European Union leaders following the Manchester attack which, among others, claimed the lives of a Polish couple, leaving their two daughters as orphans.

“We are not going to take part in the madness of the Brussels elite,” she railed. “We want to help people, not the political elites.

“Where are you headed Europe?” she demanded. “Rise from your knees and from your lethargy or you will be crying over your children every day.

“If you can’t see this – if you can’t see that terrorism currently has the potential to hurt every country in Europe, and you think that Poland should not defend itself, you are going hand in hand with those who point this weapon against Europe, against all of us.

“It needs to be said clearly and directly: This is an attack on Europe, on our culture, on our traditions.” 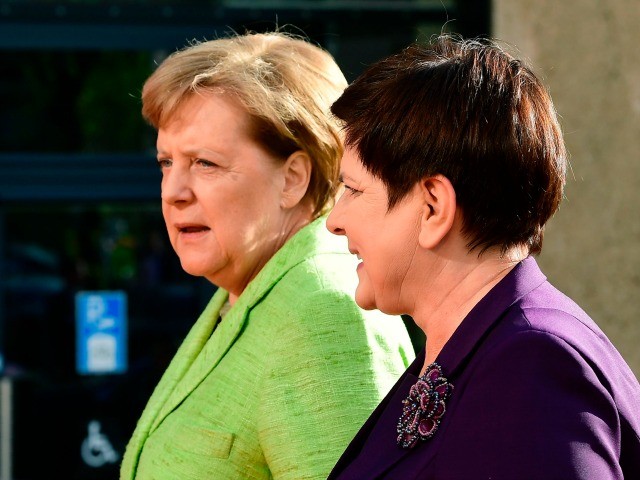 Addressing the people of Europe, she asked: “Do we want politicians who claim we have to get used to the attacks, and who describe terrorist attacks as incidents, or do we want strong politicians who can see the danger and can fight against it efficiently?”

Szydło’s Government is currently locked in a battle with Brussels over Commission plans for every member state who is signed up to the Common European Asylum System to take in a quota of migrants from Greece and Italy as a solidarity measure.

The previous Polish Government agreed in 2015 to take in 4,500-5,000 migrants, the commitment increased by the EU to 6,200, but Szydło’s administration reversed that decision upon taking power and has promised instead to give aid to people in refugee camps in the Middle East.

Brussels has responded by issuing threats of sanctions if no migrants are taken by June. The same threat has been made to Hungary, which also has yet to take any migrants in under the quota system.

Although the Commission has not made clear what sanctions would be applied, politicians in other member states have called for Poland and Hungary to have their EU funding withheld until they participate in the programme.

But Poland’s Interior Minister Mariusz Błaszczak is defiant, insisting that taking the migrants would be “much worse” than any sanctions the EU could lay down.

“We mustn’t forget the terror attacks that have taken place in Western Europe, and how  — in the bigger EU countries  — these are unfortunately now a fact of life,” he said earlier this month.