The banner, which read besides the movement’s name and lambda symbol ‘Defend London Stop Islamisation’, is the latest in a string of Identitarian stunts across European cities, bringing attention to the anti-mass migration cause of the group. 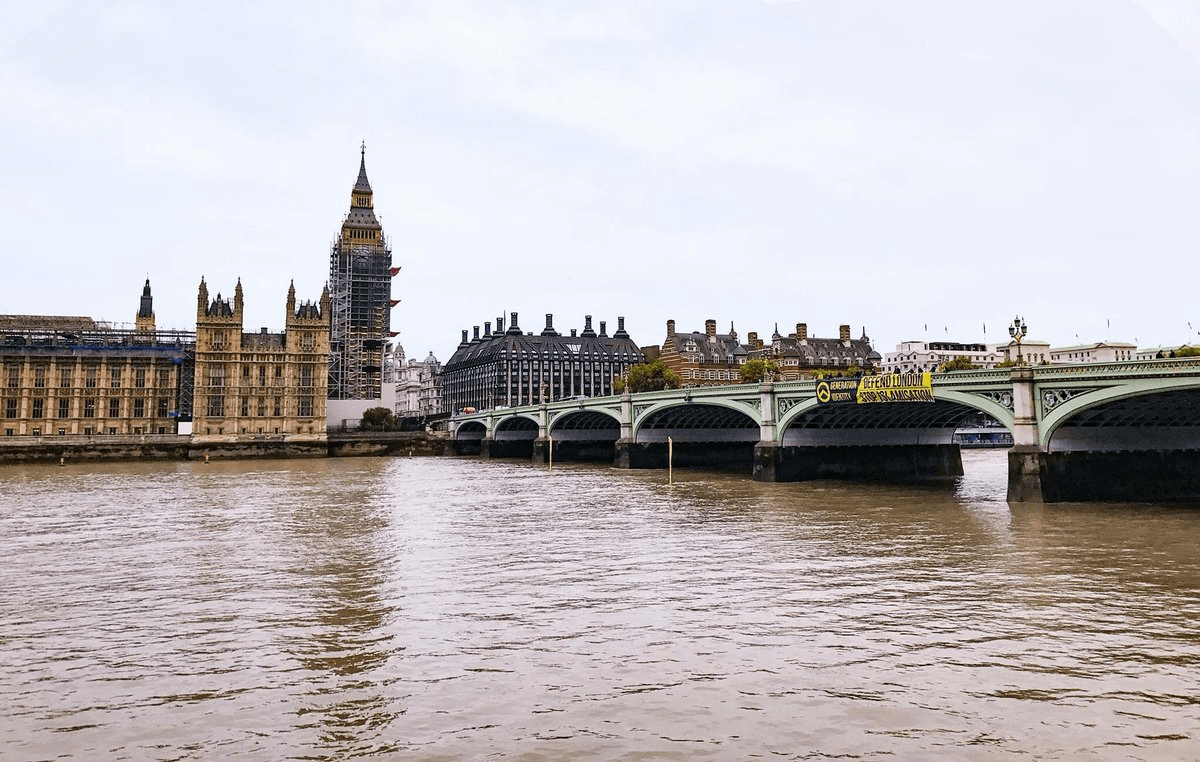 A statement posted to social media by the group immediately after the action explained the symbolism of the location for the stunt. The group said: “On 22 March 2017, a terrorist attack took place on Westminster Bridge. The Islamist inspired attack killed 5 people and injured more than 50.

“London Mayor, Sadiq Khan, believes that the threat of terror attacks are “part and parcel of living in a big city”. On the contrary, we think that the source of islamisation lies in mass immigration, which must be stopped.”

The London action follows a number of other high profile stunts, including banner and leaflet drops at European landmarks, giving care parcels to Hungarian border guards to thank them for their service, to even chartering a ship to man illegal immigration patrols in the Mediterranean.

Breitbart London reported in April after the group launched a protest on the roof of the world famous Imperial Theatre in Vienna, where they used ladders and climbing ropes to ascend to the top of the building and deploy a banner reading ‘hypocrites’. The group also threw leaflets from the roof decrying the gang rape of European women by illegal migrants to the ground below.