LONDON (AP) — Queen Elizabeth II has attended the commissioning ceremony of Britain’s new aircraft carrier, which is named after the monarch.

The 91-year-old queen boarded the Royal Navy’s newest, largest and most expensive vessel Thursday in Portsmouth naval base.

The white ensign was raised to mark the moment HMS Queen Elizabeth was officially added to the Royal Navy’s fleet.

The queen says the ship “embodies the best of British technology and innovation.”

It is still undergoing sea trials and will not be fully operational for several years. It will head to the United States late next year for initial flight trials.

Admiral Philip Jones says that with the new carrier “Britain has confirmed her place among the world’s great maritime powers.” 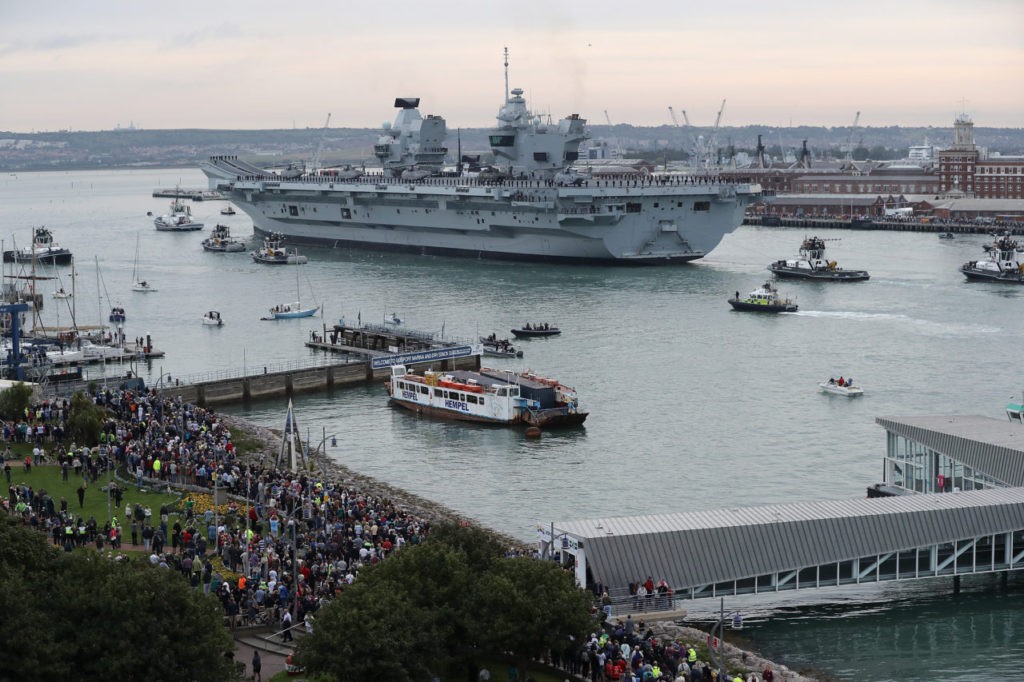