An Iranian diplomat and three other Iranians were arrested for planning to bomb the National Council of Resistance of Iran (NCRI)’s annual “Free Iran” rally which took place on Saturday in the Paris suburb of Villepinte and where several high-profile politicians including Rudy Giuliani spoke.

Belgian authorities reportedly said an unnamed Iranian diplomat, who works for Tehran’s mission to Austria, was arrested in Germany on Monday.

Also on Monday, a Belgian married couple, who are of Iranian heritage, were reportedly detained with “attempt at terrorist murder and preparing a terrorist crime” against the Mujahedin-e-Khalq (MEK). A fourth suspect was arrested in France.

“A plot by the religious dictatorship ruling Iran to carry out a terrorist attack against the grand gathering of the Iranian Resistance in Villepinte was foiled,” a statement by the secretariat of the National Council of Resistance of Iran (NCRI) read.

“The clerical regime’s terrorists in Belgium, with the assistance of the regime’s diplomats, had plotted this attack.”

It continued: “A man and woman who were implicated in the plot were arrested by the Belgian authorities. The woman had come to Belgium from Iran in 2009. A diplomat of the Iranian regime who was implicated was also arrested in Germany.” 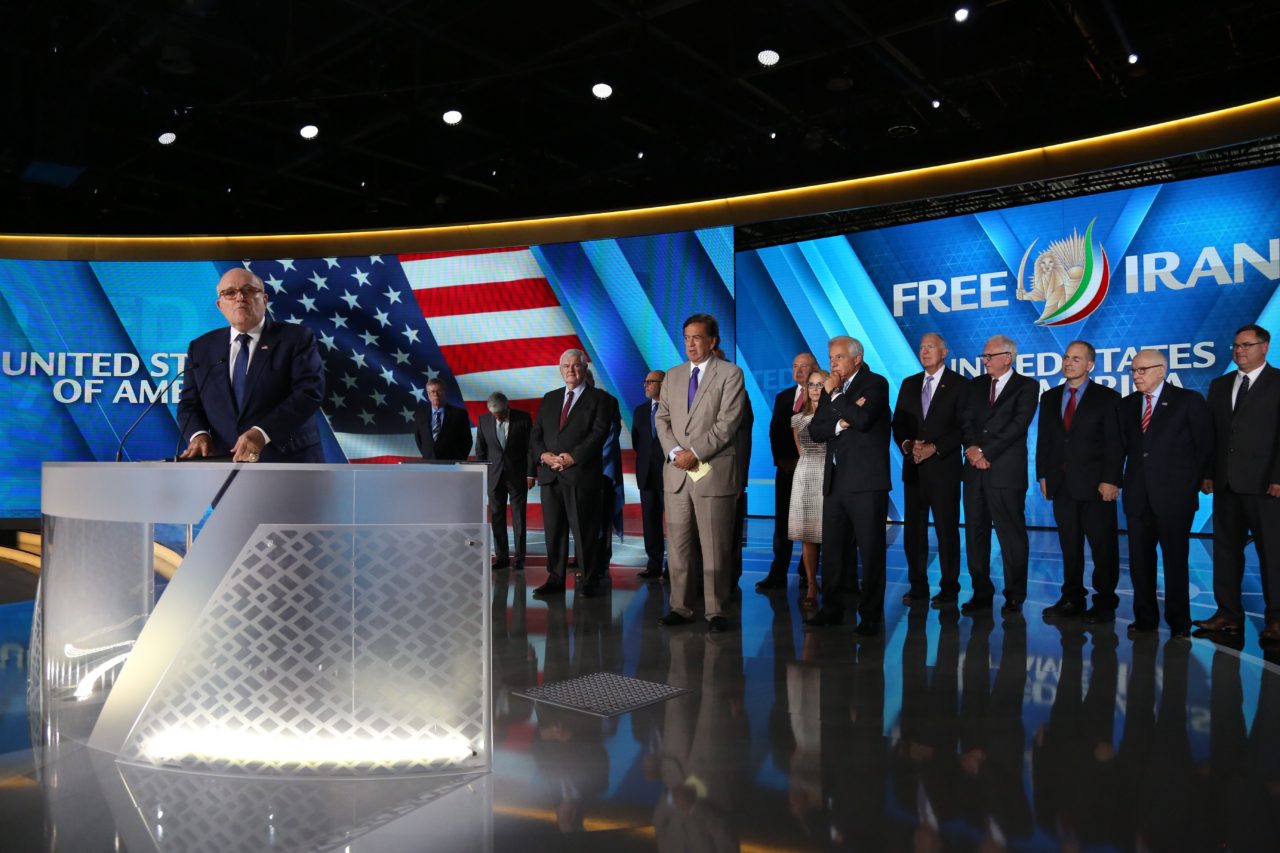 NCRI noted: “The Iranian regime’s embassies and representative offices in Europe are centres of espionage and terrorism, and the Iranian Resistance once again reiterates the need to shut them down.”

The NCRI is the umbrella group of the MEK, an Iranian opposition group that has been exiled since breaking with Iran’s late Supreme Leader Ayatollah Ruhollah Khomeini soon after the 1979 Islamic revolution.

According to NCRI, two of the agents who planned the foiled terrorist attack were a husband and wife: Amir Sadoni, 38, and Nasim Nomeni, 33. They have been charged with attempted terrorist murder and preparing an act of terrorism.

The Guardian reported that Sadoni and Nomeni were in a Mercedes Benz when they were stopped by special forces and arrested in Woluwe-Saint-Pierre in Brussels. Belgian media reported that authorities discovered 500 grammes of TATP explosive and a detonator hidden in a toiletries bag in their vehicle.

He tweeted: “How convenient: Just as we embark on a presidential visit to Europe, an alleged Iranian operation and its “plotters” arrested. Iran unequivocally condemns all violence & terror anywhere, and is ready to work with all concerned to uncover what is a sinister false flag ploy.”

How convenient: Just as we embark on a presidential visit to Europe, an alleged Iranian operation and its “plotters” arrested. Iran unequivocally condemns all violence & terror anywhere, and is ready to work with all concerned to uncover what is a sinister false flag ploy.

Tehran considers the MEK to be a terrorist organisation. The group was delisted in 2012.

During his speech at the group’s annual conference on Saturday, Giuliani suggested the MEK as “an alternative” to Iran’s regime.