Republicans are leading RealClearPolitics’ [RCP] general ballot for the first time since 2014, according to the analysis website, which averages notable political polls in an effort to forecast election outcomes.

Support for Democrats and President Joe Biden has been on the decline as the Biden administration grapples with the fallout from several failed policies at the same time.

Republican Virginia Governor-elect Glenn Youngkin’s win last week has largely been heralded as a sneak preview for the 2022 midterms. Youngkin notably scored well with some demographics, like independent voters, white suburban women, and Hispanics, all groups which were key in securing Biden’s win in 2020. 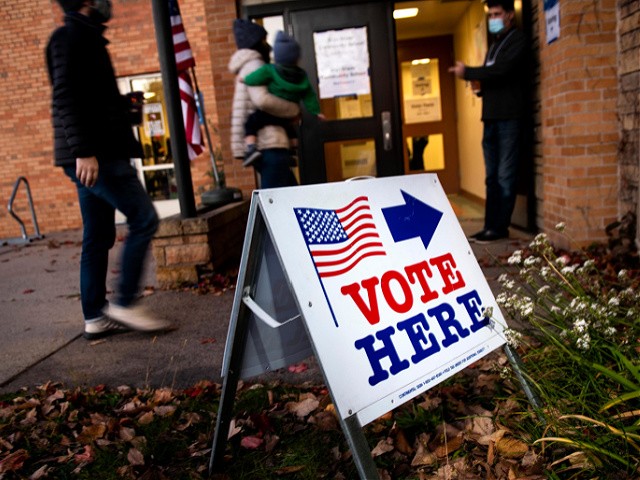 Biden and Democrats have gradually been scoring worse and worse with these demographics in the past few months, most noticeably with Hispanics and independent voters.

“Over his first nine months in office, President Biden has lost support among Americans of all stripes — men and women, Black voters and white voters, Zoomers and Baby Boomers. Even Democrats writ large are more disenchanted. But two groups with whom Biden has lost support stand out: independents and Hispanics,” FiveThirtyEight reported in late October.

Other recent estimates are dismal for both Biden and Vice President Kamala Harris and show Republicans commanding an eight-point lead in the generic ballot. Biden’s approval rating is now down to 37.8 percent, and Harris is worse for wear with a 27.8 percent approval rating, the latest USA Today/Suffolk University poll found.

USA Today’s article accompanying the release of the polling confirmed other poll reports: Biden’s approval has “cratered among the independent voters who delivered his margin of victory over President Donald Trump one year ago.” By a seven to one margin, independents believe Biden has done a worse job than they expected as president.