[Editor’s Note: This article appeared first at Right Side News]

NEW YORK CITY (November 9, 2010) This past September, the Center for Security Policy issued an abbreviated report titled Shariah – The Threat to America, An Exercise in Competitive Analysis, Report of Team B II. In a press conference today, CSP is releasing the full, unexpurgated study, and will have four of the authors on hand to discuss it. A great summary of both versions can be read here. 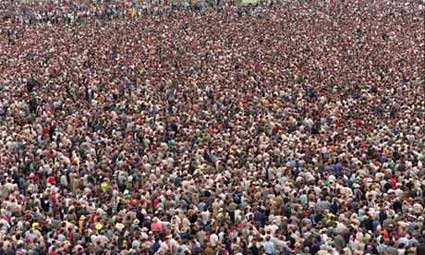 The “Team B” name was coined for a 1976 critique of U.S. détente policy toward the Soviet Union. A group of highly-regarded analysts, “Team B,” found the assumptions of “Team A,” the détente crowd, to be fatally flawed–i.e. that the Soviets could be placated by accommodative policies–and that by naïvely misreading the enemy, détente was actually exposing the U.S. to lethal danger. This later became the foundation for the Reagan Doctrine.

The Team B II report continues this tradition, this time evaluating U.S. policy toward radical Muslims living within the U.S. The 372 page document addresses in detail a largely unrecognized but deadly Islamist infiltration, its methodologies, its goals, its frightening successes and what must be done to stem this tide.

It is impossible to underestimate the importance of this report. It has put together some of the best minds in foreign policy, military policy and domestic law enforcement. It is a thorough, sober, articulate exposé that overlooks no subtleties of argument, yet is written in crystal clear prose easily grasped by layman and expert alike.

While our Nation has been battling violent Muslim terrorists in Iraq and Afghanistan, their brethren have been quietly settling in the United States for over sixty years. The strategies embedded in this stealth jihad can be summed up in one word: Shariah.

Shariah is a Muslim terms with which most Americans were unfamiliar prior to 9-11. It has been popularly misconstrued in the public mind as some kind of Islamic religious doctrine. Now, having witnessed this “religious doctrine” played out across our TV screens with the videoed beheadings of Nicholas Berg and journalist Daniel Pearle, reported stoning deaths of female rape victims for marital infidelity, honor killings, genital mutilation and other such vicious, abject lunacy, we have been forced to admit that it can be just a wee bit harsh as religious teachings go.

Team B II however, explains that it is not merely or even primarily religious law. Instead, shariah, or “the path,” is a complete “legal-political-military doctrine,” which they identify as, “The preeminent totalitarian threat of our time.”

The specific objectives are spelled out in a 1991 document seized from the Annandale, Virginia home of Muslim Brotherhood member Ismail Elbarasse. The document, An Explanatory Memorandum on the General Strategic Goal for the Group in North America, makes clear that while the Brotherhood was using peaceful means, its ends were the destruction of America, to be replaced with a totalitarian dictatorship ruled by shariah. Point 4 under “Process of Settlement” states:

The process of settlement is a “Civilization Jihadist Process” with all the word means. The Ikhwan [Muslim Brotherhood] must understand that their work in America is a kind of grand Jihad in eliminating and destroying the Western civilization from within and “sabotaging” its miserable house by their hands and the hands of the believers so that it is eliminated and God’s religion is made victorious over all other religions…(emphasis added.)

Another document described the phases of stealth jihad. It seems we are very close to the last phase:

Phase One: Phase of discreet and secret establishment of leadership.

Phase Two: Phase of gradual appearance on the public scene and exercising and utilizing various public activities (It greatly succeeded in implementing this stage). It also succeeded in achieving a great deal of its important goals, such as infiltrating various sectors of the Government, gaining religious institutions and embracing senior scholars. Gaining public support and sympathy. Establishing a shadow government (secret) within the Government.

Phase Three: Escalation phase, prior to conflict and confrontation with the rulers, through utilizing mass media. (Currently in progress).

Phase Four: Open public confrontation with the Government through exercising the political pressure approach. (It is aggressively implementing the above-mentioned approach). Training on the use of weapons domestically and overseas in anticipation of zero-hour. (It has noticeable activities in this regard.)

Phase Five: Seizing power to establish their [sic] Islamic Nation under which all parties and Islamic groups are united.

These documents, which came to light in the 2004 Holy Land Foundation terrorist financing trial, are impossible to misinterpret, yet Team B II shows that the prevailing political culture has sought to placate American Islamists, turned a blind eye to their alarming activities and completely ignored the implications of shariah. In so doing, they have abdicated their Constitutional duty to “support and defend the Constitution of the United States from all enemies; foreign and domestic…”

I spoke with both Team B II members Andrew McCarthy and Frank Gaffney for this article. McCarthy is a former Chief Assistant U.S. Attorney and was lead prosecutor against World Trade Center bombing mastermind, the “Blind Sheikh” Omar Abdel Rahman. He is Senior Fellow at the National Review Institute and Contributing Editor, National Review magazine. Gaffney is a former Reagan administration Assistant Secretary of Defense for International Security Policy and (Acting) President, Center for Security Policy. He is also host of Secure Freedom Radio, widely published writer and lead author of War Footing: Ten Steps America Must Take to Prevail in the War for the Free World

Our discussions centered on how to effectively tackle this problem. Both men agreed that we need to embark on a major campaign to educate the American people. Islamist infiltration of the U.S. has been ongoing since the days of the Eisenhower administration. The Islamists have hidden behind First Amendment religious freedom arguments and have been effective at intimidating law enforcement and the political structure against monitoring their activities too closely.

But they haven’t had to try too hard. Many politicians of both parties have bent over backwards to accommodate them. McCarthy pointed to articles by Shariah co-author Patrick Poole, who has documented some particularly egregious examples:

These are but a tiny subset of examples showing the extent to which Muslim radicals and their ideas have penetrated our legal, educational and governmental institutions to the highest levels. According to McCarthy, the Muslim Brotherhood-founded Muslim Students Association has chapters on 300 college campuses.

Political correctness has prevented many within the political/legal infrastructure from carefully examining the dangerous nature of these people and their designs, while official ignorance and/or Leftist ideology have allowed the Islamists to hide behind phony First Amendment religious freedom arguments.

McCarthy says however, that it is incorrect to consider Shariah as an expression of religious belief. Rather, Shariah is a complete system of law, dictating all aspects of life for Muslims. In that sense it has no legitimate religious defense. McCarthy made a point in our interview of stressing the supremacy of U.S. law. The Team B II Report states (pp. 226-227):

For one thing, the shariah legal code cannot be insinuated into America – even through stealthy means or democratic processes – without violating the

Constitution’s Article 6 Supremacy Clause, which requires that the Constitution “shall be the supreme Law of the land.”

For another, those who advocate the imposition of shariah in America must be considered ineligible to serve in the military, or hold state or federal office, insofar as Article 6 requires them to swear an “oath…to support this Constitution” – not any other legal code, like shariah. The same disqualifier would appear to govern with respect to immigrants or would-be naturalized citizens.

Lastly, advocacy of and engagement in jihad [holy war], of even the dawa [stealth jihad] variety, for the purpose of imposing shariah, supplanting the Constitution and overthrowing the government it mandates would – as a practical matter – constitute a felony violation of the U.S. Code’s prohibitions on treason, sedition and subversive activities.

This section explicitly recognizes that the Islamic offensive is criminal in nature. And the Team B II Report concludes that, “Virtually every provision of the U.S. Constitution can be juxtaposed with shariah practices that are in violent conflict with America’s foundational laws.”

McCarthy says it can be dealt with directly through vigorous enforcement of U.S. law. We talked, for example about the Jamaat al-Fuqra training camps around the country. These camps could be shut down overnight if we had the political will. In Colorado Springs, Colorado, one was. But other than that, and despite al-Fuqra’s known terrorist ties and strong evidence of illegal activities here, the camps have been left largely alone.

McCarthy stressed that Congressional hearings could serve the multiple purpose of exposing appeasers while concurrently educating the public about the magnitude of the problem. It could also serve as a starting point for criminal investigations.

Gaffney takes that one step further. He and other Team members assert that official acquiescence to Islamic radicals may in some cases constitute misprision of treason. This term refers to circumstances where one is aware that treason is occurring but does nothing to report it, essentially making the person an accessory to the crime.

I am with Gaffney on this one. For example, Hillary Clinton knows full well what Tariq Ramadan is up to. Using her position to allow someone like him into the U.S. is at best, misprision. The Report contains a case study that focuses on Obama administration Counter-terrorism Czar John Brennan (pp. 252-257). Brennan personifies the U.S. government’s increasingly servile and pandering attitude toward radical Islamic organizations and individuals. In so doing he sends an unmistakable message to domestic Islamic terrorists that the U.S. government is not inclined to challenge them. By default he is also sending a message to U.S. law enforcement to lay off. As Gaffney delicately put it, Brennan is at best, guilty of willful ignorance. At best.

Gaffney also adds that it is critical to recognize the role played by the radical left in promoting radical Islam. They are not only aware of the Islamists true goals, but are actively aiding and abetting them in their efforts to destroy our country. David Horowitz discussed this in his book, Unholy Alliance, Radical Islam and the American Left. This filthy network of traitors needs to be exposed and prosecuted to the fullest extent of the law. Yet at this time, many sympathizers, like Hillary, occupy positions of power within our government.

Gaffney and Co. will be delivering copies of Team B II’s Report to the new Congress. Perhaps they will do the right thing and begin holding hearings on the dangers we face from radical Islam and the Americans who are supporting it.

It is way past time.