A Philippines mayor said Monday that over 100 of his residents were recruited to fight for the Islamic State terror group in Iraq and Syria. The mayor of Davao, a city of 1.5 Million, said that many of IS’s Filipino recruits left the country in July.

Former Philippines president Fidel Ramos claimed last week that the Islamic State had recruited over one-hundred Filipino-Muslim youngsters to join their jihad in Iraq and Syria. “At least a hundred of our young Filipino-Muslims have infiltrated Iraq, where they get training, and they can launch jihad when they come back to the Philippines,” said Ramos. He added, “President Benigno Aquino should focus on an anti-terror plan” to combat radical Islamists in Manila.

Two jihadist groups in the Philippines pledged allegiance to the Islamic State in past weeks. The Islamic State jihadi terrorists have been rampaging through Iraq and Syria — and in the process — assuming control of large swaths of territory in their continuing quest for a global Islamic caliphate.

Both the Bangsamoro Islamic Freedom Fighters (BIFF) and the Abu Sayyaf rebels were seen pledging support for the Islamic State in video clips recently uploaded to YouTube. 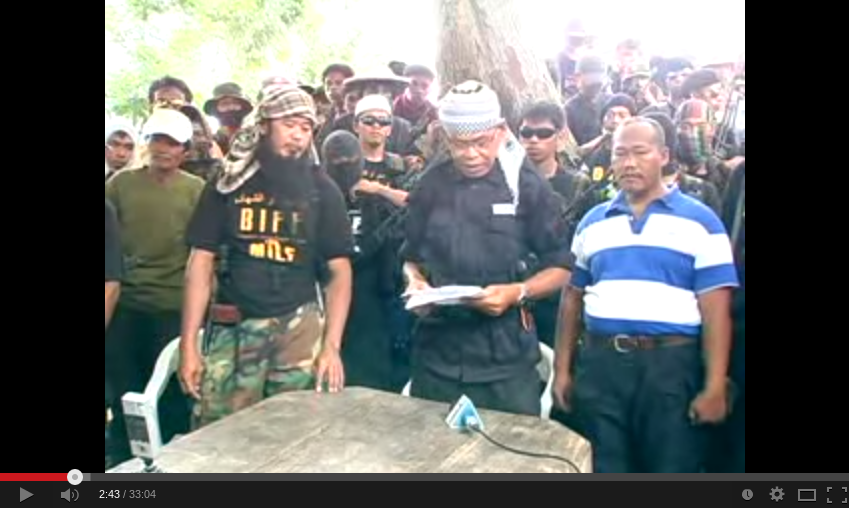 MILF’s primary goal continues to be to establish an Islamic caliphate in the southern Philippines. Mama said that his jihadi group had no plans to send his forces to Iraq and Syria, but he left the door open for cooperation. “But if they need our help, why not?” he added.

A Filipino army spokesman said that what brings BIFF and the Islamic State together is that they believe in an “extreme” version of the Islamic religion.