Fox News apologizes for misreporting on ‘no-go zones’ in Europe 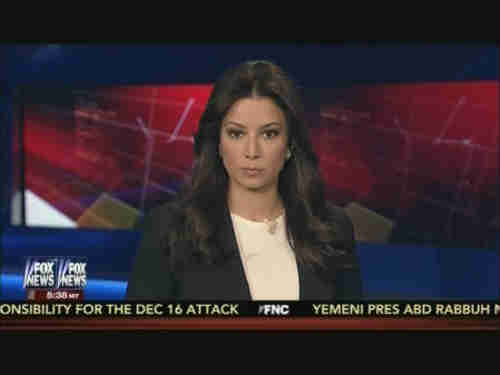 As I reported last week ( “13-Jan-15 World View — Concern rising over Muslim ‘no-go zones’ as terror breeding grounds”), Britain’s prime minister David Cameron called a Fox News contributor “an idiot” when he said that Birmingham England was “totally Muslim, and that non-Muslims just simply don’t go in.” The contributor was Steve Emerson, self-described as “an internationally recognized expert on terrorism,” who described similar “no-go zones” in England and France.

Emerson himself apologized, and Fox News issued a retraction, pointing out that only 21% of the Birmingham population is Muslim, as I reported. But Fox News has received a continuing stream of backlash, ridicule and criticism this week for the error.

A correction now. Over the course of this last week, we have made some regrettable errors on air, regarding the Muslim population in Europe, particularly with regard to England and France.

To be clear, there is no formal designation of these zones in either country, and no credible information to support the assertion that there are specific areas in these countries that exclude individuals based on solely on their religion.

There ARE certainly areas of high crime in Europe, as there are in the United States and other countries, where police and visitors enter with caution. We deeply regret the errors, and apologize to any and all who may have taken offense, including the people of France and England.

According to a Fox News spokesman, it’s highly unlikely that Emerson will ever be booked again on Fox News. Washington Post

Back in September 2011, as we reported at the time, the Swiss Central Bank (SNB) conducted a major experiment. Switzerland is not part of the eurozone, so has its own currency, the Swiss franc. Before the 2008 credit crisis, one euro could buy you 1.65 Swiss francs. But then the Swiss franc became stronger and stronger, and the euro became weaker, and by August 2011, the two currencies were at parity, meaning that one euro could buy you just one franc. This did a great deal of harm to Switzerland’s tourist and export business, since people with dollars or euros could buy less and less in Switzerland.

So the SNB announced that it was going to “print” billions of Swiss francs, and use them to purchase euros. It was an incredible experiment. They guaranteed that the franc would not become stronger than 1.20 francs per euro.

They actually kept that promise. The SNB now has hundreds of billions of euros on its balance sheet that it doesn’t know what to do with. The euro to Swiss franc exchange rate has been almost flat since then, at 1.20 francs per euro.

Until Friday. Suddenly, and without notice, and much to the surprise of the financial community, the SNB abruptly abandoned the printing program. They issued this statement, where “CHF” is the symbol for the Swiss franc:

The Swiss National Bank (SNB) is discontinuing the minimum exchange rate of CHF 1.20 per euro. […]

The minimum exchange rate was introduced during a period of exceptional overvaluation of the Swiss franc and an extremely high level of uncertainty on the financial markets. This exceptional and temporary measure protected the Swiss economy from serious harm. While the Swiss franc is still high, the overvaluation has decreased as a whole since the introduction of the minimum exchange rate. The economy was able to take advantage of this phase to adjust to the new situation.

Recently, divergences between the monetary policies of the major currency areas have increased significantly – a trend that is likely to become even more pronounced. The euro has depreciated considerably against the US dollar and this, in turn, has caused the Swiss franc to weaken against the US dollar. In these circumstances, the SNB concluded that enforcing and maintaining the minimum exchange rate for the Swiss franc against the euro is no longer justified.

When they refer to “a trend that is likely to become even more pronounced,” many believe that they’re referring to reports that the European Central Bank (ECB) is going to start its own “printing” program, using quantitative easing (QE) to purchase bonds and make billions or trillions of additional euros available.

The results were dramatic. The franc immediately strengthened to above parity with the euro, and closed at parity (1 euro for 1 franc) by the end of the day, 20% stronger than before. In currency trading, a 2-3% change is considered big. A 20% move could be disastrous (just as a 20% fall in the stock market could be disastrous).

Financial markets went into panic in Croatia and Serbia on Friday. Hundreds of thousands of people have loans denominated in Swiss francs in these two countries, and the amount of debt owed by these people effectively increased by 15-20% in one day. Newspaper headlines read “Catastrophe” and “Debt crisis” and “Swiss strike.”

If I were to take a guess, I would guess that there are top secret meetings going on this weekend of Fed officials and ECB officials, with the purpose of finding a way to prevent this situation to spiral into a global panic. DPA and Reuters and Swiss National Bank and XE.com – Euro vs Swiss Franc historical conversion chart

Troops and police spread across Europe, in fear of terror attacks

Thousands of police and troops are in the streets of Belgium, Germany, and other countries, hoping to head off new terror attacks. This following the terror attacks in Paris two weeks ago, and raids targeting returning Syrian jihadists in the last few days. In Belgium, police are stationed in buildings within the Jewish quarter of Antwerp and the Jewish Museum in Brussels. Troops will reinforce police at least until Thursday. This is the first time in decades that troops have been on the streets of Belgium.

Police in Athens, Greece arrested four people allegedly connected to a foiled terror plot that last week’s police action in Belgium had foiled. The alleged mastermind was identified as a Belgian of Moroccan descent.

Up to 300 members of the military will be stationed at locations such as the U.S. and Israeli embassies in Brussels and NATO and EU institutions. AFP and VOA

Muslims across the world have expressed revulsion at the jihadist attack on the journalists of Charlie Hebdo in Paris last week, but they’re also expressing fury that Charlie Hebdo insulted Islam by publishing a new satirical cartoon depicting Mohammed, something that’s forbidden in the Muslim culture.

Protests are common on Fridays, after midday prayers, and on this Friday there were thousands of protests in many countries, including Sudan, Russia’s North Caucasus, Mali, Senegal, Mauritania and Jordan.

However, in Pakistan’s port city of Karachi, three people were injured as police battled activists from the Jamaat-e-Islami party, who were trying to enter the French consulate.

In Niger, at least ten people have died in violence on Friday and Saturday, as rioters burned churches and cars, and attack French-linked businesses. All if the dead were civilians, with most killed inside burned churches or bars. Guardian (London) and AFP

At a press conference on Friday with UK prime minister David Cameron, President Barack Obama discussed the difference between the U.S. and Europe with respect to Islamic terrorism (my transcription):

Europe has some particular challenges. The United States has one big advantage in this whole process. And it’s not that our law enforcement or our intelligence services etc are so much better, although ours are very, very good, and I think Europeans would recognize that we’ve got capabilities that others don’t have. Our biggest advantage is that our Muslim populations — they feel themselves to be Americans, and there is this incredible process of immigration and assimilation that is part of our tradition that is probably our greatest strength.

Now that doesn’t mean that we aren’t subject to the kinds of tragedies that we saw at the Boston Marathon, but that I think has been helpful. There are parts of Europe where I think that’s not the case, and that’s probably the greatest danger that Europe faces. Which is why as they respond, as they work with us to respond to these circumstances, it’s important for Europe not to simply respond with a hammer and law enforcement and military approaches to these problems, but there also needs to be a recognition that the stronger the ties of a north African or a Frenchman of North African descent to French values, French Republic sense of opportunity — that’s gonna be as important, if not more important, in over time solving this problem. And I think there’s a recognition across Europe and it’s important that we don’t lose that.