Sectarian violence surging all across Pakistan 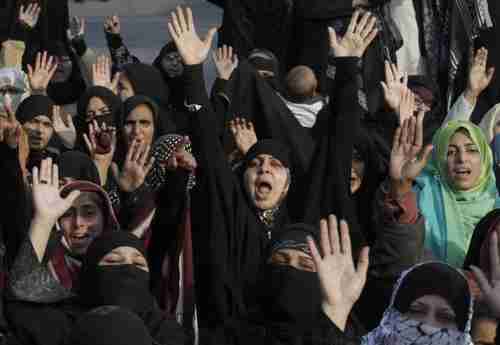 Although terrorist violence by Sunni groups linked to the Pakistani Taliban (Tehrik-e-Taliban – TTP) target both Sunnis and Shias, the amount of sectarian violence targeting Shias in Pakistan has been trending upward for years and is now increasing substantially. TTP-linked groups that attack Shia targets include Lashkar-e Jhangvi (LeJ) and Jundullah.

There have been four major attacks on Shia targets in 2015 alone, including the 30-Jan attack on a Shia mosque in a city just north of Karachi, killing 56 people, as we reported.

There are several factors that make the current round of sectarian attacks much more lethal and more difficult to combat. They used to be restricted to just a few small regions of the country, but now they are spread across the entire country, and using larger bombs that result in more deaths.

The port city of Karachi used to be used by TTP linked groups only for financing and logistics. But as the use of violence increased, TTP terrorists attacked Shiite neighborhoods and processions with mass casualty attacks.

But the primary difference is the relationship between the terrorist groups and Pakistan’s government. It was no secret that in the 1980s-90s, the sectarian groups were supported by the government, depended on the government for funding, and were therefore controlled by the government. They were largely coordinated with Saudi Arabia in opposition to Iran and India.

But now, terrorist groups are well endowed, with unregulated funding and weapons pouring in primarily from the Gulf region, including the Islamic State of Iraq and Syria (IS or ISIS or ISIL or Daesh). Thus, the Pakistan government no longer has any control over these groups, even when these groups attack the government itself.

According to Pakistan analyst Arif Rafiq, the sectarian conflict in Pakistan is not purely Sunni versus Shia. This is not surprising, given that the country’s president from 2008-13 was a prominent Shia leader, Asif Ali Zardari. According to Rafiq, the deadliest sectarian attacks come from a Sunni sub-sect known as the Deobandis, comprising about 20% of the population. The other two major Sunni sub-sects, the Salafis and Barelvis, do not target Shias, and the Barelvis cooperate with the Shias on political issues.

On January 1, 2015, Mian Iftikhar Hussain, the head of Pakistan’s Awami National Party (ANP), said that Punjab was a “training center for terrorists and their masterminds… Terrorism could not be eliminated from the country until an operation began against terrorist organizations in Punjab.” He added, “there should be no distinction between good Taliban and bad Taliban and state institutions should take across-the-board action against terrorists.”

As Pakistan hurtles into chaos, it is unlikely that any of these steps are going to be taken. As I have been describing for months, there is a large and growing Muslim versus Muslim war in the Mideast, North Africa and South Asia, of which the sectarian war in Pakistan plays a major part. And with respect to Pakistan and India, it’s worth pointing out, as I have in the past, that for centuries, Shia Muslims and Hindus have been allied in wars against Sunni Muslims. The Hindu and Deutsche Welle and South Asia Terrorism Portal

Monday evening was the deadline that Greece committed to last week to submit its list of reforms to the Eurogroup of eurozone finance ministers to explain how it is going to meet the existing terms of its bailout agreement. Greece has pretty much caved in on every negotiating point, and must now explain how it will proceed.

However, Greece missed the Monday evening deadline for providing the list, and says now that it will provide the list on Tuesday morning.

The list of reforms will have to address a number of economic issues, including the bloated public sector, curbing tax evasion and corruption, privatizing public businesses, and adjusting generous pension and minimum wage policies.

Once they receive the list, the Eurogroup will have three possible responses: Total acceptance, total rejection, or a call for further negotiations. Kathimerini