Global temperatures are plummeting at a record rate – but if there’s one thing even more likely than a white Christmas, it’s that the greenies will try to blame it on man-made climate change.

Look at this scary chart. Winter is coming. 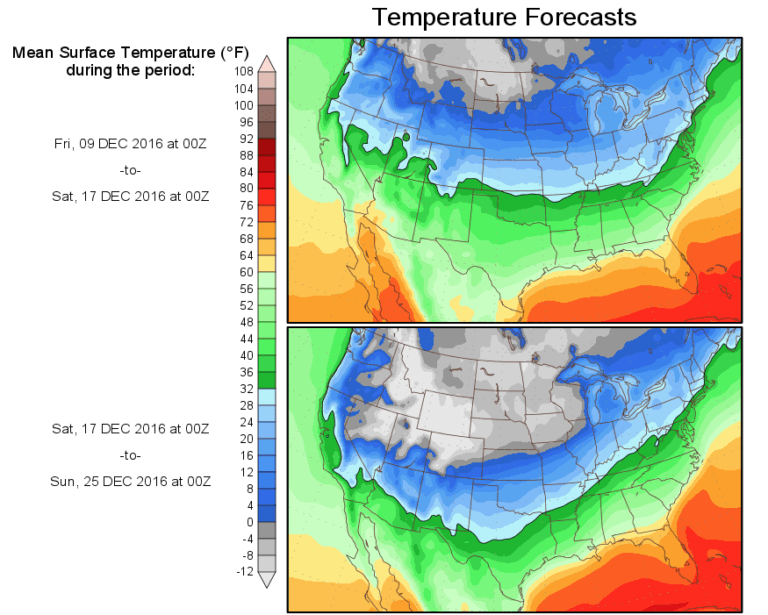 To you or me, this might be an indication that climate is going through a perfectly natural cooling phase. But you can bet your bottom dollar that the alarmists will use the latest polar vortex activity to try to prop up their narrative that it is dangerous, unprecedented, and man-made.

We know because here is how the Guardian reported on the polar vortex responsible for a big freeze in the U.S. in 2014:

Such weather patterns, which can feature relatively mild conditions in the Arctic at the same time dangerously cold conditions exist in vast parts of the lower 48, may be tied to the rapid warming and loss of sea ice in the Arctic due, in part, to manmade climate change.

Arctic warming is altering the heat balance between the North Pole and the equator, which is what drives the strong current of upper level winds in the northern hemisphere commonly known as the jet stream. Some studies show that if that balance is altered then some types of extreme weather events become more likely to occur.

This might seem plausible until you realize that back in the 1970s, when the enviro loons were predicting an imminent ice age, they were making similarly doom-laden claims about the significance of the polar vortex. As Steven Goddard has noticed: 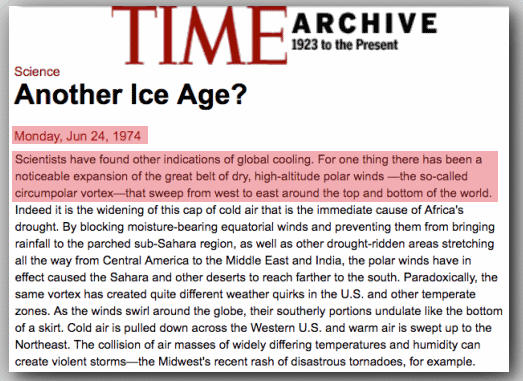 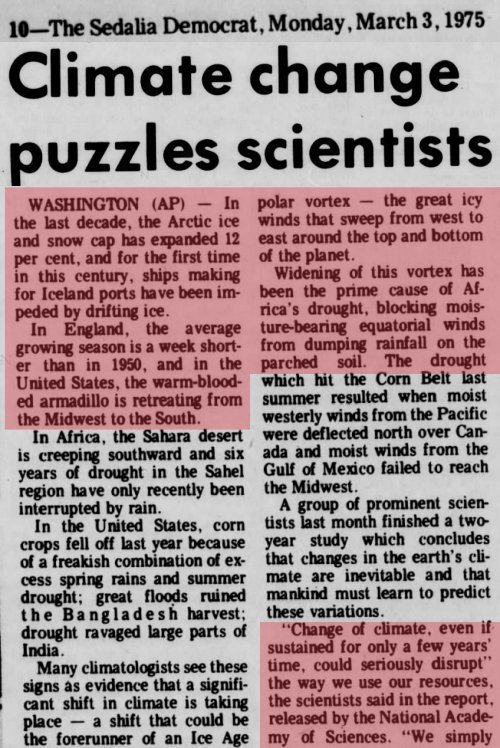