Rep. Ilhan Omar (D-MN) said at a press conference on Wednesday at the Capitol to announce a House bill that would prevent a president from determining whether people who may pose a national security threat can enter the country that, although President Donald Trump hasn’t built a wall on the southern border, he has created an “invisible wall” to keep Muslims out of the United States.

“Trump may not have gotten his border wall, but he’s created an invisible wall keeping out people around the world based solely on their religion,” Omar said at an event to gain support for the National Origin-Based Antidiscrimination for Nonimmigrants Act, or the NO BAN Act.

“I have said this before and let me say it again,” Omar said. “I believe this ban will go down in history as a moral stain on our country’s history.”

Omar said Trump used the travel ban to “create a religious test for entry into the United States.”

In fact, the executive orders Trump issued, including the latest in March of 2017, only apply to six Muslim majority countries with ties to terrorism as determined by the U.S. State Department — Iran, Yemen, Somalia, Sudan, Libya, and Syria.

Executive Order 13769 did not provide a basis for discriminating for or against members of any particular religion. While that order allowed for prioritization of refugee claims from members of persecuted religious minority groups, that priority applied to refugees from every nation, including those in which Islam is a minority religion, and it applied to minority sects within a religion. That order was not motivated by animus toward any religion, but was instead intended to protect the ability of religious minorities — whoever they are and wherever they reside — to avail themselves of the USRAP in light of their particular challenges and circumstances.

The order also states that waivers can be issued for individuals from those six countries on a case by case basis. 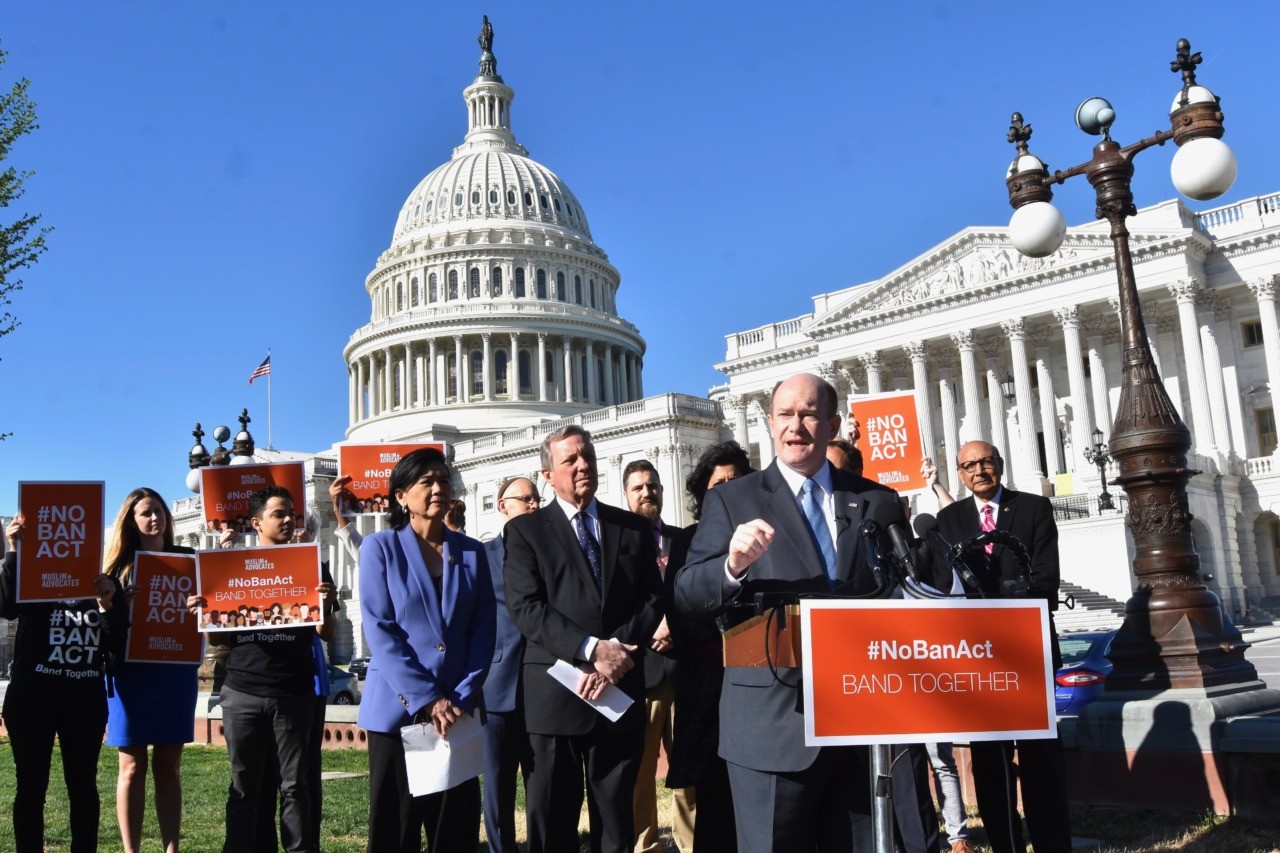 Democrats and activists held a press conference on Wednesday at the Capitol to announce the introduction of the No BAN Act to counter President Donald Trump’s executive order on limiting people coming to the United States from countries with ties to terrorism. (Penny Starr/Breitbart News)

But the Democrats at the press conference said that Trump’s policies are designed to keep all Muslims out of the United States.

“Since President Trump first announced his Muslim ban two years ago thousands of American families have been torn apart,” Sen. Chris Coons (D-DE), a sponsor of the bill, said at the press conference. “This is family separation by another name.”

“We do not judge aspiring Americans on their religion or nationality,” Rep. Judy Chu (D-CA), another sponsor of the bill said on Wednesday.

She said Trump’s executive order was designed to “turn prejudice into policy.” 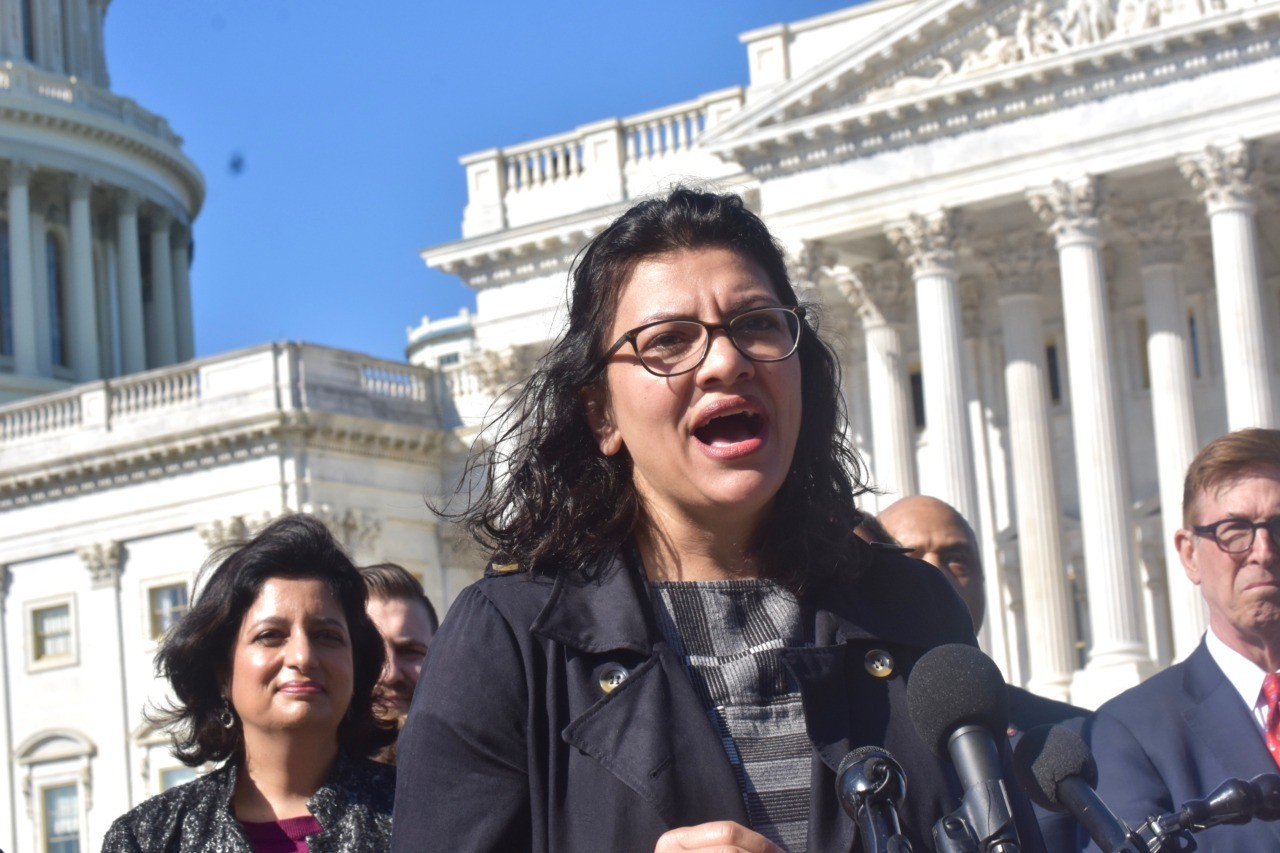 Rep. Rashida Tlaib (D-MI) spoke in favor of the No Ban Act and against Trump, claiming hate crimes against Muslims has increased since the president’s executive order. (Penny Starr/Breitbart News)

Rep. Rashida Tlaib (D-MI), who, like Omar, is the first Muslim women to be elected to Congress, said since the travel ban, hate crimes against Muslims have increased in the United States.

“This is not about people who haven’t been here,” Tlaib said. “This is about people that live here in this country.”

“Sadly when the history is written of the Trump administration and what they achieved and what they failed to achieve the first chapter is going to be the Muslim travel ban,” Durbin said.

Organizers of the event said they had some 60 Democrat sponsors for the bill and some 400 mostly leftwing groups that support it.

In June, the United States Supreme Court ruled that Trump’s executive order is not unconstitutional.