The Democrat Party’s opposition to any and all controls on illegal and legal immigration has surged for decades leading up to the 2020 presidential election, analysis reveals.

Analysis of polls and surveys from the 1980s to this year, conducted by Georgia State University’s Zach Goldberg for Tablet Magazine, finds that Democrat voters who once supported, by a majority, some forms of immigration controls now tend to oppose national borders in favor of mass illegal and legal immigration.

Even with the most Democrat-centric plans — like providing amnesty to all 11 to 22 million illegal aliens in the U.S. so long as they learn the English language — support has fallen quickly. In 2006, about 85 percent of Democrat voters said they would support an amnesty that mandates illegal aliens learn English. In 2013, that support fell to less than 70 percent. 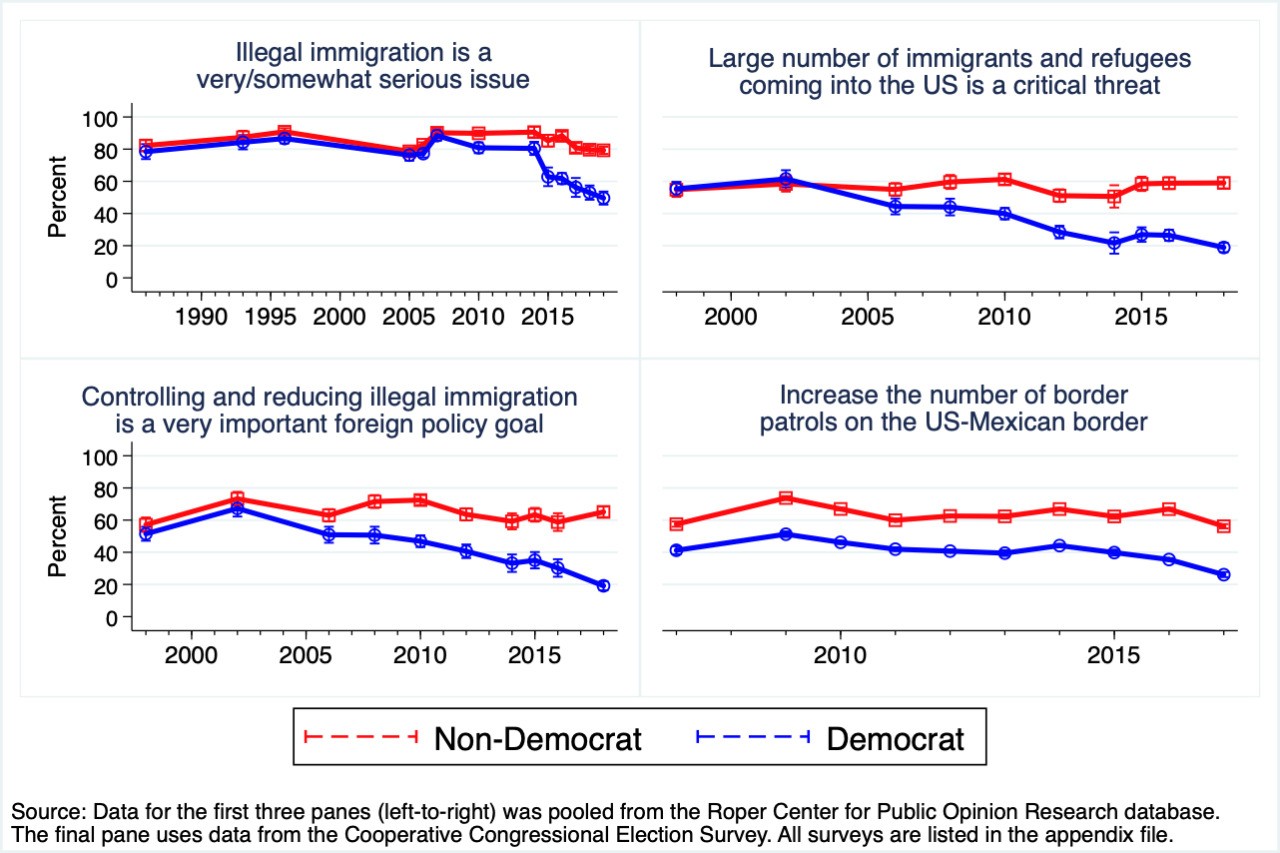 The increasingly open borders, mass immigration agenda of Democrats — driven primarily by white liberals, as research has found — has put the party in-line with the big business lobby that favors an amnesty for illegal aliens, an increase in legal immigration levels to keep U.S. wages low, and more temporary foreign visa workers to replace Americans in white-collar jobs.

For example, Democrat voters’ support for fining businesses and employers who hire illegal aliens over American workers fell nearly 25 percent in less than ten years. In 2010, about six-in-ten Democrats said they supported a crackdown on employers hiring illegal aliens. Seven years later, less than 40 percent of Democrats said they supported such a measure.

Goldberg’s research discovers that much of Democrat voters’ growing support for uncontrolled levels of illegal and legal immigration has to do with white guilt among white liberals:

My own research shows that white guilt and privilege awareness, which are most pronounced among liberals, are indeed related to support for increasing immigration. The trappings of this moral psychology are further evident in the graph below, which shows that white Democrats are significantly more likely to endorse prioritizing the welfare of the poorest people in developing countries over that of the poorest Americans. [Emphasis added] 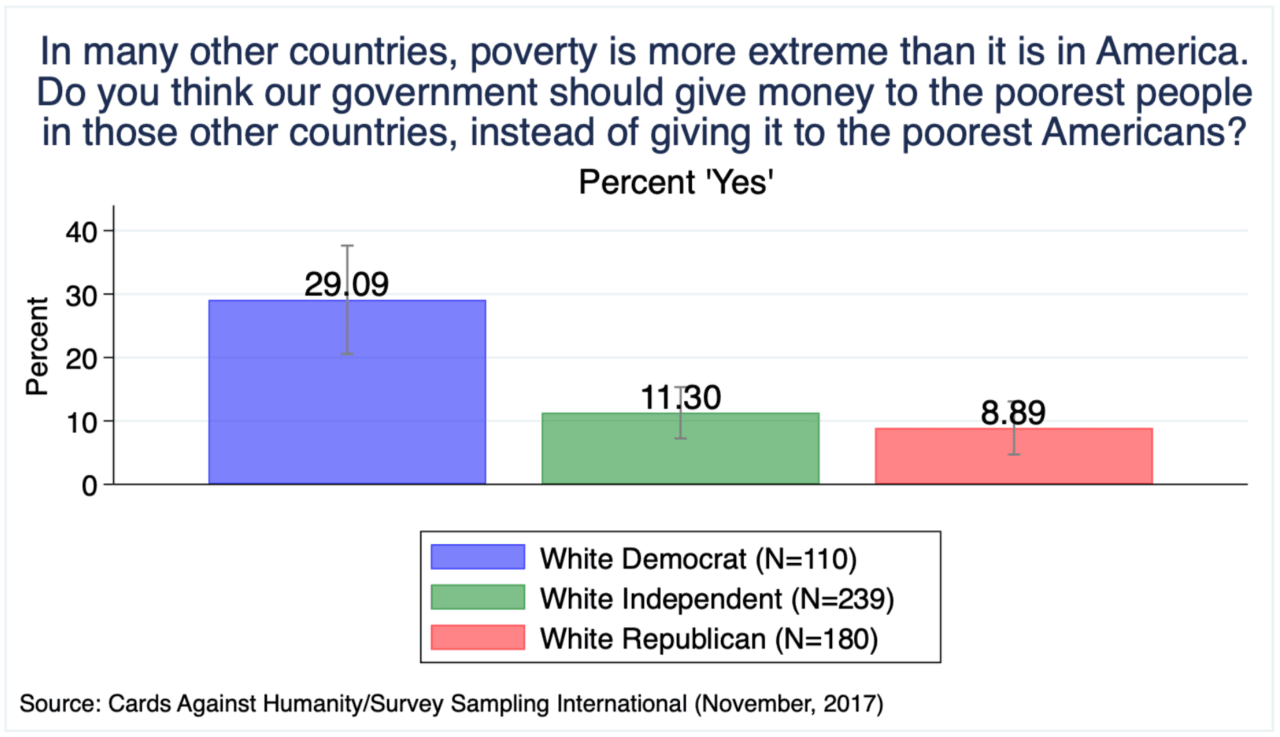 The health care for illegal aliens plan is expected to cost taxpayers at least $660 billion over ten years, or about $66 billion a year, Breitbart News analysis has found.

Moderate Democrats, recent polling has revealed, are exceptionally turned off by the Democrat Party’s shift away from Civil Rights icon Barbara Jordan’s platform of reducing legal immigration to boost job opportunities and wages for America’s working and middle class and towards the donor class-supported uncontrolled illegal and legal immigration vision.