Republican Florida Gov. Ron DeSantis’ administration has docked funds for school board members and schools after two districts in the state defied the order that masking students is a parent’s decision and school officials should not put a mandate in place.

The move was made despite threats from the White House that it would violate federal law.

“Yes, we received another harassing and legally hollow letter from U.S. DOE, and, again, we will continue forward, lawfully, as we have this entire time,” FDOE spokesman Jared Ochs said in response to the Department of Education’s letter to Florida Education Commissioner Richard Corcoran.

“At a State Board of Education meeting earlier this month, Corcoran said the federal grants were encouraging districts to violate Florida law,” the Tampa Bay Times reported. “The Biden administration has sent $420,957 to Broward County Public Schools and $148,000 to Alachua County Public Schools to counteract fines levied by the state.” 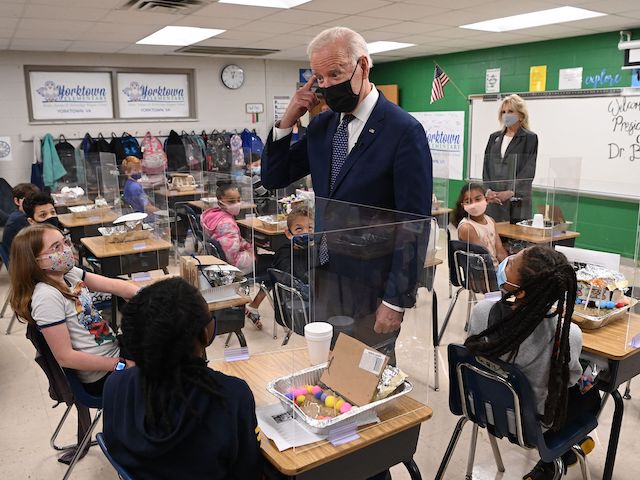 “Floridians should be offended by the Biden administration’s use of federal taxes in an attempt to make the enforcement of Florida’s laws so ineffective,” Ochs said.

The Associated Press (AP) reported on the development:

The penalties are the latest development in an ongoing feud between the White House and Republican Gov. Ron DeSantis’ administration over coronavirus regulations.

The Florida State Board of Education earlier this month approved plans to withhold a month’s salary from school board members in districts with classroom mask requirements and reduce overall funding if those counties receive a federal grant intended to offset the state’s fines.

This comes just days after the Department of Education sent a letter to Florida saying the agency “is prepared to initiate enforcement action to stop these impermissible state actions.”