A professional paintball player was booted off Team USA Paintball Monday due to a video in which she told the mother of an overweight teen hospitalized with the coronavirus that instead of the Covid vaccine, her son needed a “f*cking treadmill.”

Jessica Maiolo posted and later deleted a TikTok video calling attention to the weight of a teenager locked in a serious battle with the dreaded virus. The teen’s mom said she wished she had gotten the boy vaccinated to prevent the infection, the New York Post reported. 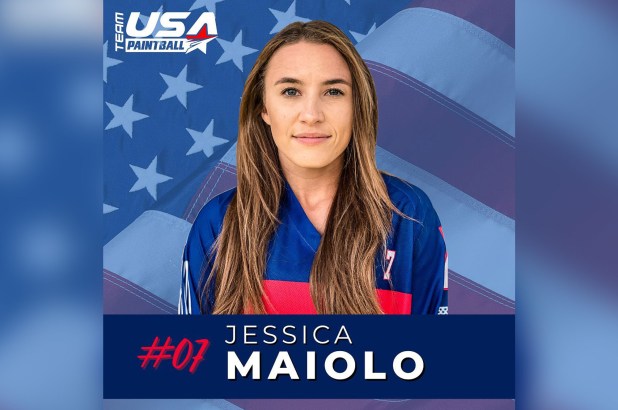 The 31-year-old Maiolo, though, had a different take on what might have prevented infection.

“Ma’am your kid does not need a COVID shot,” Maiolo said in her now-deleted video. “Your kid needs a f–king treadmill. That’s what he needs.”

In short order, Maiolo became a target for outraged social media users who thought she was insensitive to the teen’s illness. And by Monday, Team USA Paintball had come forward to announce that it had banned Maiolo from its organization.

“Our investigation into the troubling conduct of Ms. Maiolo has been concluded and we have decided to remove her from the team indefinitely,” the team said in a statement adding that the decision is “final and in effect immediately.”

“Playing for Team USA Paintball means representing the sport at the highest level and being a leader both on and off the field,” the team added. “We are an eclectic mix of culture, opinions and ideas – and that’s what makes our sport so great. We cannot tear each other down, both within our community and out. We are hopeful that this will serve as a valuable lesson for anyone paying attention.”

Maiolo later posted an apology saying that she did not intend to “shame any individual.”

“If I were to have such a moment again to convey my full thoughts, I would choose my words more carefully and consider how my opinions may affect others,” Maiolo added.

“As may be evident by the hobbies I have, I am a passionate individual. My fire is the same for paintball and fitness as it is for self-advocacy and all of the things that make me proud to live where I do,” she said.

Maiolo concluded by saying that she now realizes that social media has more reach than she assumed and that she “can do better and will.”

“I hope that I may inspire others to realize the power of their words too,” she said.