While the Philippines is a majority Catholic country, its southern island of Mindanao is home to a separatist Muslim minority known for a decades-long campaign of guerilla warfare to gain control of the region. 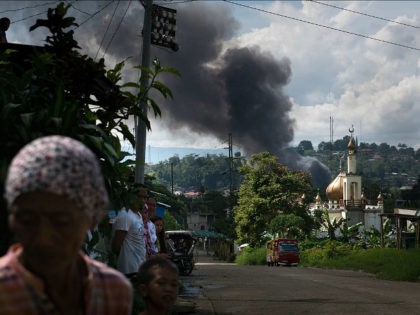 Four men, including one Swedish citizen, have been arrested following a bombing in the Philippines that is believed to be linked to Islamic State. 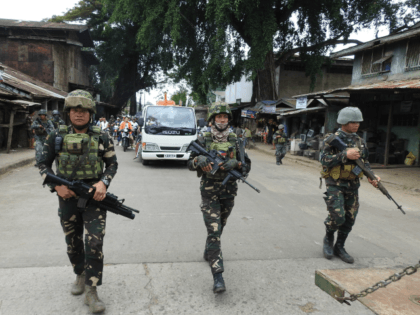 The Philippine island of Mindanao held a referendum on Monday to establish an autonomous region that would be governed by the largely Muslim residents. 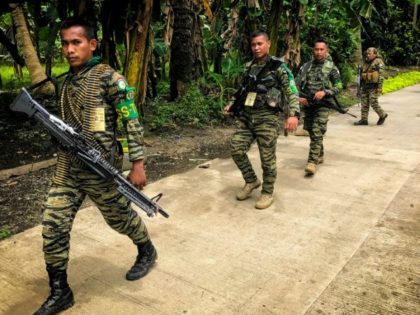 Suspected jihadis remotely detonated a bomb on Monday near the entrance of a mall in the southern Philippines, killing at least two and wounding nearly 30 others as they did last minute shopping ahead of the New Year’s Eve celebrations in an attack that officials say bears the hallmarks of the Islamic State (ISIS/ISIL). 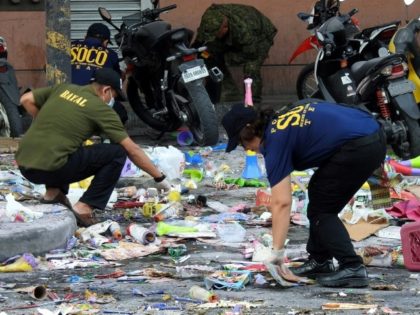 The growing number of Islamic State (ISIS) jihadis in the Philippines is galvanizing local terrorist groups in the Muslim-majority island of Mindanao into renewing efforts to establish a caliphate in the region, the Guardian reported on Sunday, echoing other assessments.

Militants allied with the Islamic State reportedly looted a fortune in cash, gold, and jewelry from the Philippine city of Marawi during their five-month occupation last year, and have used their booty to recruit hundreds of new terrorist operatives. Although its ambitions to use Marawi as the capital of a new caliphate were thwarted, ISIS has grown strong enough to battle Philippine troops again over the weekend. 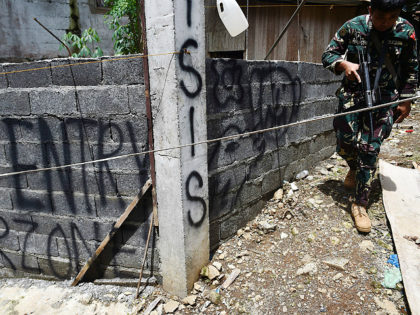 The military of the Philippines has begun to take action against the nation’s Communist Party and its terrorist wing, the New People’s Army, after President Rodrigo Duterte announced he would stop seeking peace talks with the groups. 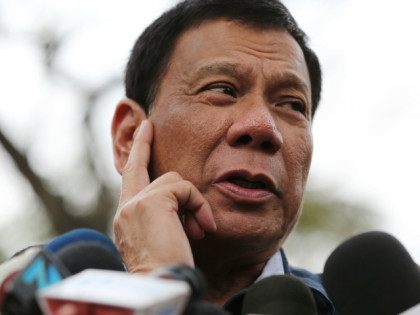 The Australian government is dealing with a bit of embarrassment over a photo in which Nick Warner, director general of the Australian Secret Intelligence Service, did a “fist pump” alongside Philippine President Rodrigo Duterte. 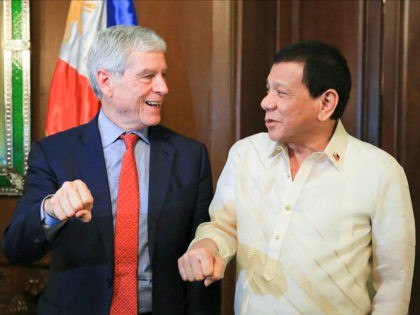 In a breathtaking interview with the local Philippine outlet Rappler, a former jihadist with the nation’s Maute terrorist group recalls his recruitment as a child, when Maute leaders offered his parents a shot at an Islamic education. 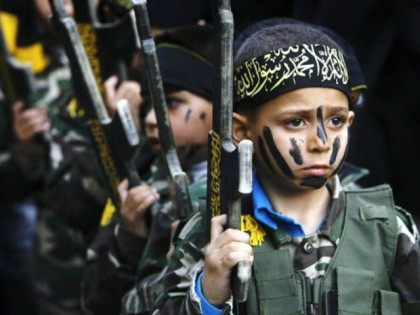 Philippines Battle Against Islamic State Drags on, Despite Promises of Swift Victory

The battle against Islamic State forces in the southern Philippine city of Marawi has entered its fourth week, despite promises from the administration of President Rodrigo Duterte that the insurgency would be crushed before the national Independence Day holiday on June 12.

American troops are providing aid to their Philippine counterparts against an attempt to establish an Islamic State caliphate in the nation’s south. U.S. officials say the aid comes “at the request” of the Philippines, while President Rodrigo Duterte denies ever having asked for help. 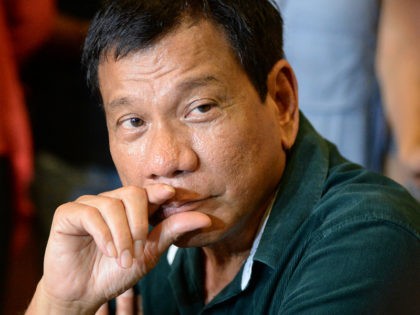 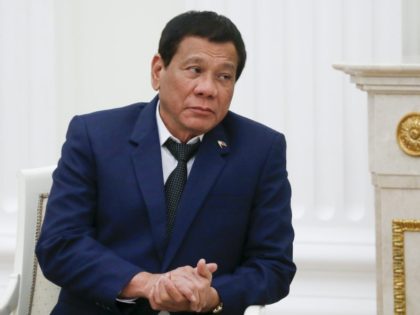 Until Friday, the commander of Philippine forces in the battle to retake the southern city of Marawi from Islamic State militants was Brigadier General Nixon Fortes. He was abruptly relieved of his command and replaced by his deputy on Friday, without immediate explanation. 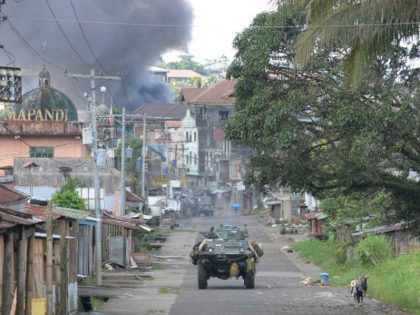 Philippines Kills 11 of Its Own Soldiers in ‘Friendly Fire’ Airstrike

The operation to defeat an attempt to establish an Islamic State Caliphate in the Philippines suffered a major setback Tuesday as the nation’s air force conducted an airstrike that killed eleven of its own soldiers.

The Islamic State has released a hostage video from the southern Philippines in which kidnapped Catholic priest Father Teresito “Chito” Suganob pleads with President Rodrigo Duterte to withdraw troops from the area, suggesting the lives of some 200 hostages are at stake, including children. 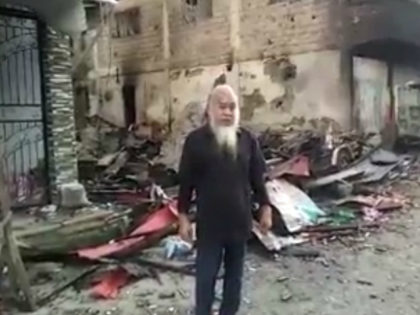 Over the weekend, Philippine President Rodrigo Duterte asked several Muslim separatist and Communist groups to fight alongside government troops against the Islamic State. The groups have not yet agreed to a formal alliance, but they have reportedly exchanged gunfire with ISIS militants.

Philippines President Rodrigo Duterte has threatened to expand a 60-day state of emergency in southern Mindanao to the whole country should the Maute group, a terrorist organization that has pledged allegiance to the Islamic State (ISIS), expand its killing spree beyond the island. 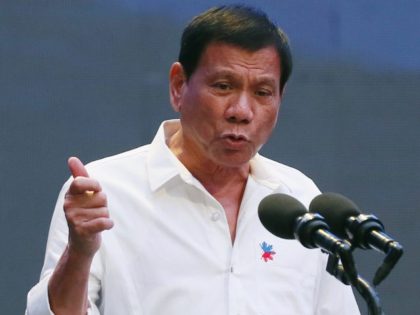 A group of jihadist militants in the southern Philippines broke into a jail Saturday night, freeing eight jihadist comrades and twenty other prisoners. Authorities say jail guards put up minimal resistance when confronted with a group of dozens of heavily armed terrorists. 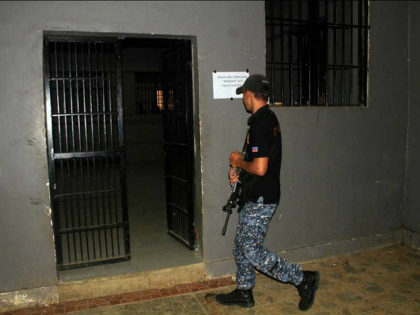 Philippines President Rodrigo Duterte warned Wednesday of “white people, I suppose they are Arabs” looking to “indoctrinate” local populations in his country into radical Islam, and possibly working on behalf of the Islamic State (ISIS). Duterte announced a pay raise for all soldiers, ordering them to “destroy” Abu Sayyaf, a native jihadist group that has pledged allegiance to ISIS. 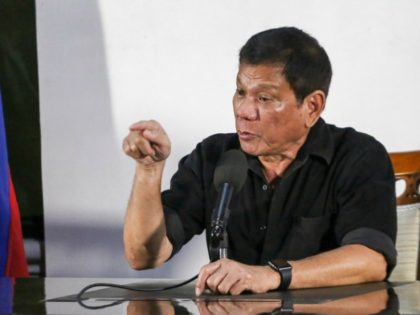 Philippines President-Elect: I Won’t Live in Presidential Palace Because It Is Haunted

Populist firebrand Rodrigo Duterte is ready to assume the presidency of the Philippines in June, preparing an array of zero-tolerance laws against crime, including bans on public smoking and late-night drinking. What he will not be preparing for is a move into the presidential palace, he says, because he has been there and it is haunted. 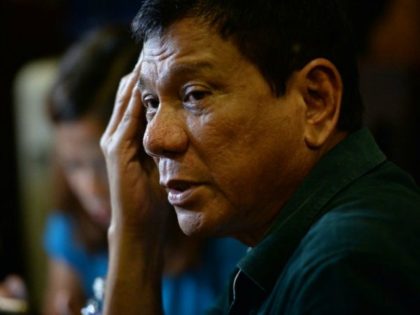