One of the top lieutenants within the Sinaloa Cartel who is known to be a long-time close associate of top drug lord Joaquin “El Chapo” Guzman has been released from a U.S. prison. He is expected to be deported to Mexico in the coming days where he could be released if authorities do not charge him with new crimes.

Over the weekend, Hector Luis “Guero” Palma was released from the U.S. Bureau of Prisons and turned over to U.S. Immigration and Customs Enforcement for his impending extradition to Mexico. The deportation is set to happen as soon as this week. Mexico’s Attorney General’s Office (PGR) issued a statement claiming to be working hand in hand with U.S. law enforcement for the possible “repatriation” of Palma Salazar.

The Mexican law enforcement agency claimed to be reviewing Palma’s case filed to see if there are other charges that can be brought against him in Mexico instead of releasing him. The agency  mentioned in their prepared statement that such information would be made available at a later time. The jailed capo has originally been arrested in Mexico in 1995. He was later extradited to the U.S. on drug charges. The charges in the U.S. against Palma come form a 2002 arrest warrant that was used for his extradition. 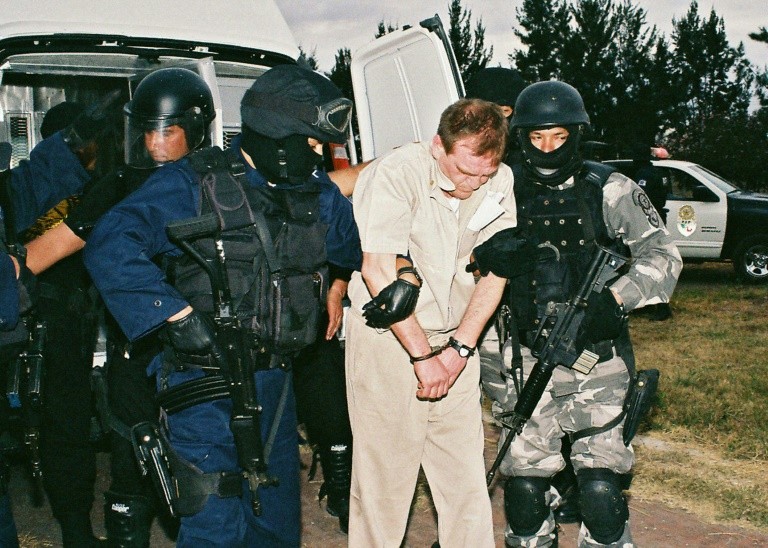 He served nine years in a U.S. prison and has been released early due to good behavior.  Palma’s original sentence had been 16 years on drug conspiracy charges that he had pleaded guilty to. Palma also received credit for five years that he spent in Mexican jails — some of the time that was served in a Mexican prison.

Prior to his arrest, Palma and Sinaloa’s current leader Joaquin “El Chapo” Guzman had been waging a war with the Arellano Felix Cartel from Tijuana, Baja California. Palma’s life-story drew large attention since his wife and two children were were brutally murdered by his cartel rivals resulting in the capo displaying a ruthlessness rarely seen before.