CIUDAD VICTORIA, Tamaulipas — A series of banners hung this week point to yet another split within the Los Zetas cartel and more violence as a result.

As Breitbart Texas has reported, for more than one year, two rival factions of the Los Zetas cartel have been fighting for control of key drug trafficking territories. The violence between the Los Zetas factions called Cartel Del Noreste and Grupo Bravo/Zetas Vieja Escuela has spread terror in this city as shootouts, kidnappings and gory executions have become an almost daily occurrence. The fighting has since spread from the state of Tamaulipas into Nuevo Laredo and Coahuila.

Most recently, cartel gunmen from Grupo Bravo hung a series of banners throughout Ciudad Victoria announcing an internal split within the cartel faction. The gunmen who hang the banner are now calling themselves Grupo de la O, or the O Group. Mexican law enforcement sources consulted by Breitbart Texas revealed that the name is a reference to jailed Gulf Cartel boss and Los Zetas founder Osiel Cardenas Guillen. 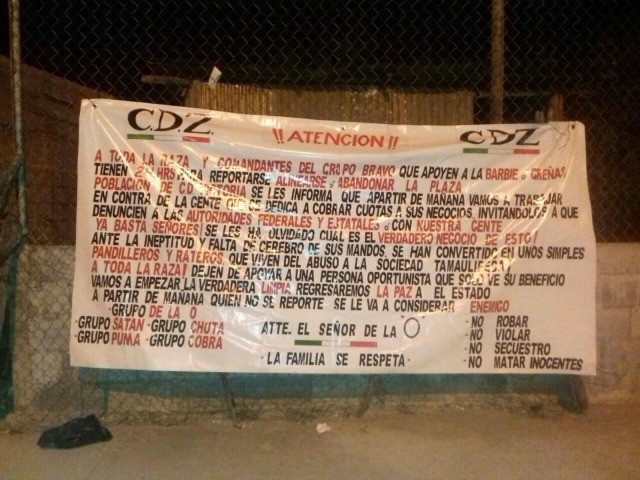 Mexican intelligence sources in Mexico revealed that the Grupo de la O is based out of Matamoros and appears to be made up of relatives of the Cardenas family as well as the Gulf Cartel cells called Cobra, Satan, Puma and Chuta. “Old Cobras” is the nickname used within the Gulf Cartel to refer to each of the original members of the Los Zetas during the time when the two were allies. 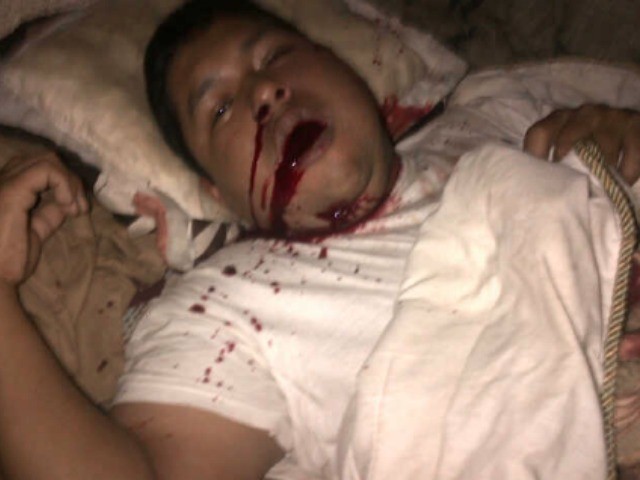 The new player fighting for Ciudad Victoria adds another layer to the already bloody fight for the city. Almost every day, citizen journalists or authorities have reported new shootings, gun battles or gruesome executions as the cartel members fight for control. 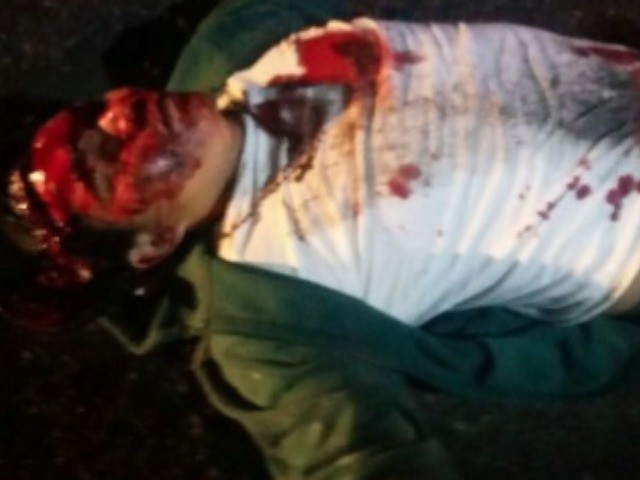