The Mexican border state of Tamaulipas announced the rollout of a special forces police unit equipped with air surveillance and armored vehicles. The move by the state police is aimed at securing key parts of the state as cartel violence continues to be one of the main concerns in the region.

“There won’t be any truce for those who hurt our state and our people,” said Tamaulipas Governor Francisco Cabeza de Vaca as he unveiled a new police force called GOPES or Public Security Special Operations Group. “There won’t be any concessions for those that upset the tranquility of families in Tamaulipas.”

The new GOPES unit consists of 150 officers who, according to Cabeza de Vaca, are vetted and trained for specialized security missions. In the initial stage, the group will have two main headquarters — one in the border city of Reynosa and one in the state capital of Ciudad Victoria. The group’s tactical resources include three helicopters, 25 armored vehicles, and surveillance drones with nighttime operational capabilities. 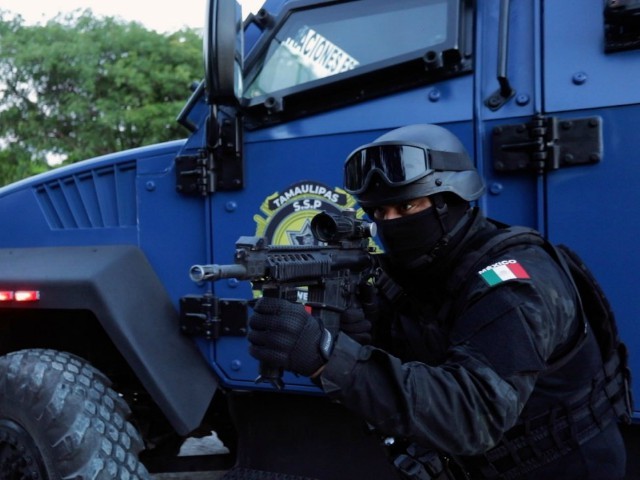 The new police force comes at a time when key border cities including Matamoros, Nuevo Laredo, and Reynosa continue to deal with the presence of heavily armed cartel groups. These groups include the Cartel Del Noreste faction of Los Zetas and both the Matamoros and Reynosa factions of the Gulf Cartel. Those three criminal organizations are linked to most of the crimes in the region including murder, drug smuggling, human trafficking, kidnapping for ransom, extortion, and several other major crimes.

In recent months, both the CDN and the Gulf Cartel continued to clash in the cities between Reynosa and Nuevo Laredo as they fight for control of 43 miles of unfenced border with Texas, Breitbart Texas reported. Those clashes attracted much attention as both cartels utilized convoys of armored vehicles, explosive devices, and high-powered weapons.

The new GOPES unit is separate from another special forces group known as CAIET that, in recent months, has been the topic of various controversies including allegations of human rights violations and the shooting of an innocent motorist who they allegedly mistook for a cartel gunman, Breitbart Texas reported.