Actor and longtime industry dialect coach Andrew Jack, who had a role in Star Wars film franchise, has died at 76 from coronavirus complications.

According to his family, Jack died in a hospital in Chertsey, Surrey, England, on Tuesday of complications from COVID-19 after only a few days in the hospital, TMZ reported.

His wife, Gabrielle Rogers, reports being unable to be by his side as he suffered the fatal illness because she is quarantined in Australia. She added that she was unable to speak with him during his last days. 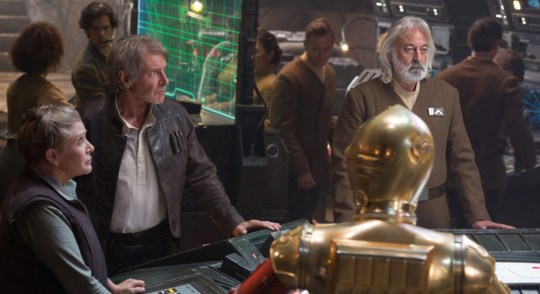 Jack’s biggest on-screen role was in the Star Wars series, where he portrayed Major Caluan Ematt in the last few films. However, he had a long career behind the cameras as a dialect coach on some of the biggest blockbuster films.

Along with his small on-screen part in the Star Wars movies, Jack also served as dialect coach on The Force Awakens and The Last Jedi. The Hollywood tech’s biggest project was as a lead dialect coach on director Peter Jackson’s Lord of the Rings film series where he guided the entire cast in accents and pronunciations.

But he has a long list of other films on his credit, including Troy, Avengers: Endgame, Robin Hood, Sherlock Holmes, Alien v. Predator, Die Another Day, and Captain America. Jack also worked with actor Pierce Brosnan on the 1995 James Bond film, GoldenEye, and Robert Downey, Jr., in his 1992 biopic, Chaplin.

Jack was currently engaged as dialect coach on the new Robert Pattinson-starring Batman flick, which say its production shuttered earlier this month over the coronavirus.