“I’m heartbroken to announce that after an heroic battle with cancer, the beautiful and mighty woman that is Helen McCrory has died peacefully at home, surrounded by a wave of love from friends and family,” Lewis posted.

The actress had dozens of screen credits on her resume, but will perhaps be best remembered for playing Polly, the Shelby crime family matriarch on Peaky Blinders; Clair Dowar in the 2012 James Bond caper, Skyfall; Cherie Blair in the 2006 film, The Queen; and Narcissa Malfoy in the Harry Potter film franchise. 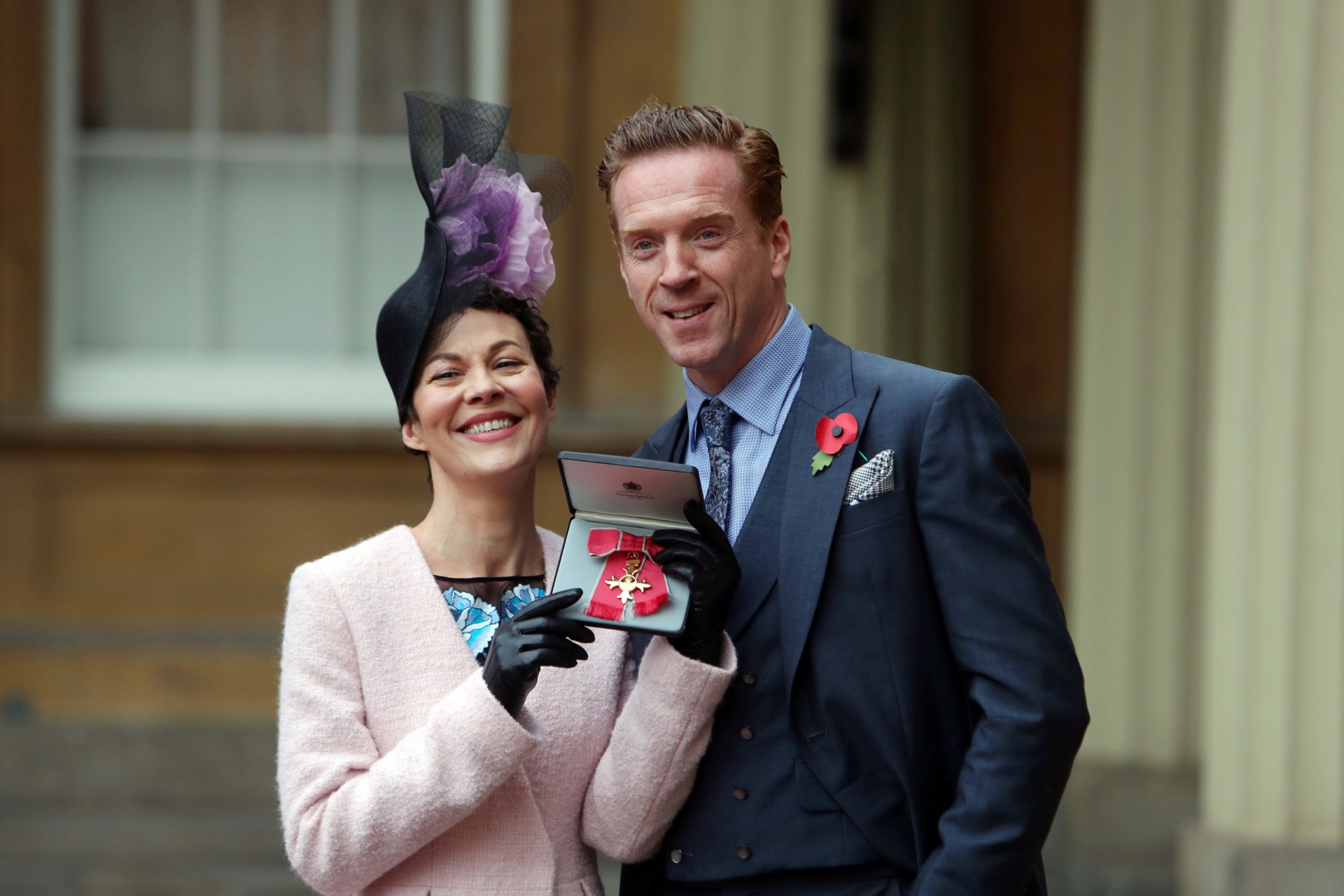 Actor Helen McCrory with husband Damian Lewis pose after she was awarded an OBE by Queen Elizabeth II at an Investiture ceremony at Buckingham Palace, on November 7, 2017 in London, England. (Steve Parsons – WPA Pool/Getty Images)

She also worked in Hugo, Penny Dreadful, Doctor Who, North Square and His Dark Materials.

McCrory married Billions and Homeland actor Lewis in 2007. They have two children.

The Peaky Blinders Twitter feed acknowledged her death with the message: “All our love and thoughts are with Helen’s family. Rest in peace.”

J.K. Rowling, who wrote the fantasy novels upon which the Potter films were based, tweeted: “I’m devastated to learn of the death of Helen McCrory, an extraordinary actress and a wonderful woman who’s left us far too soon. My deepest condolences to her family, especially her husband and children. Simply heartbreaking news.”

Michael Sheen, who played Prime Minister Tony Blair in The Queen, tweeted: “So funny, so passionate, so smart and one of the greatest actors of our time. From the first moment I met her when we were just kids it was obvious she was very special. It was an honour to work with her and know her. Much love to Damian and her family. Heartbreaking.”

“Unbearable and unbelievable that Helen McCrory has gone. A genuine firecracker with an aching vulnerability. A wonderful actor and a wonderful woman. Thoughts with Damian and family. RIP,” Sherlock writer-actor Mark Gatiss wrote.

Britain’s National Theatre posted: “With her incisive wit and ferocious intelligence, she was one of our most charismatic and distinctive performers. She was also a deeply beloved member of this theatre’s broader community.”

Comedian Matt Lucas said: “Helen McCrory will be remembered not just for her remarkable stage and screen performances, but also for her selflessness and generosity. She and Damian were the motor driving FeedNHS, working tirelessly during the pandemic to raise millions for others. What a tremendous loss.”

“We’re deeply saddened to hear the news that Helen McCrory has died of cancer. Helen and her husband Damian Lewis have kindly supported Macmillan over the years. We would like to send our condolences to her family and loved ones this evening,” said Macmillan Cancer Support.