Adam Sandler has revealed that Netflix made him change a major plot element involving China in his new basketball-themed movie Hustle because the streamer doesn’t do business there.

In an interview with “The Dan Patrick Show,” Adam Sandler said the movie’s original plot saw his character traveling to China to find a new NBA star. But Netflix put its foot down, demanding the filmmakers change the country.

“It was written originally that I find a player in China and somehow, Netflix is not in China,” Sandler said.  “So they were like, ‘Would you guys please make it that we find someone in Latin America or Europe?’ The next thing you know, I’m in Majorca [Spain]…[but] it was originally, ‘Find a player in China.'”

Hustle, which doesn’t have a release date, is co-produced by LeBron James through the NBA star’s SpringHill Entertainment company.

Netflix doesn’t have subscribers in China due to Beijing’s regulations involving digital streaming entertainment. The streamer has a significant presence in Spain and even has a production hub in Madrid. 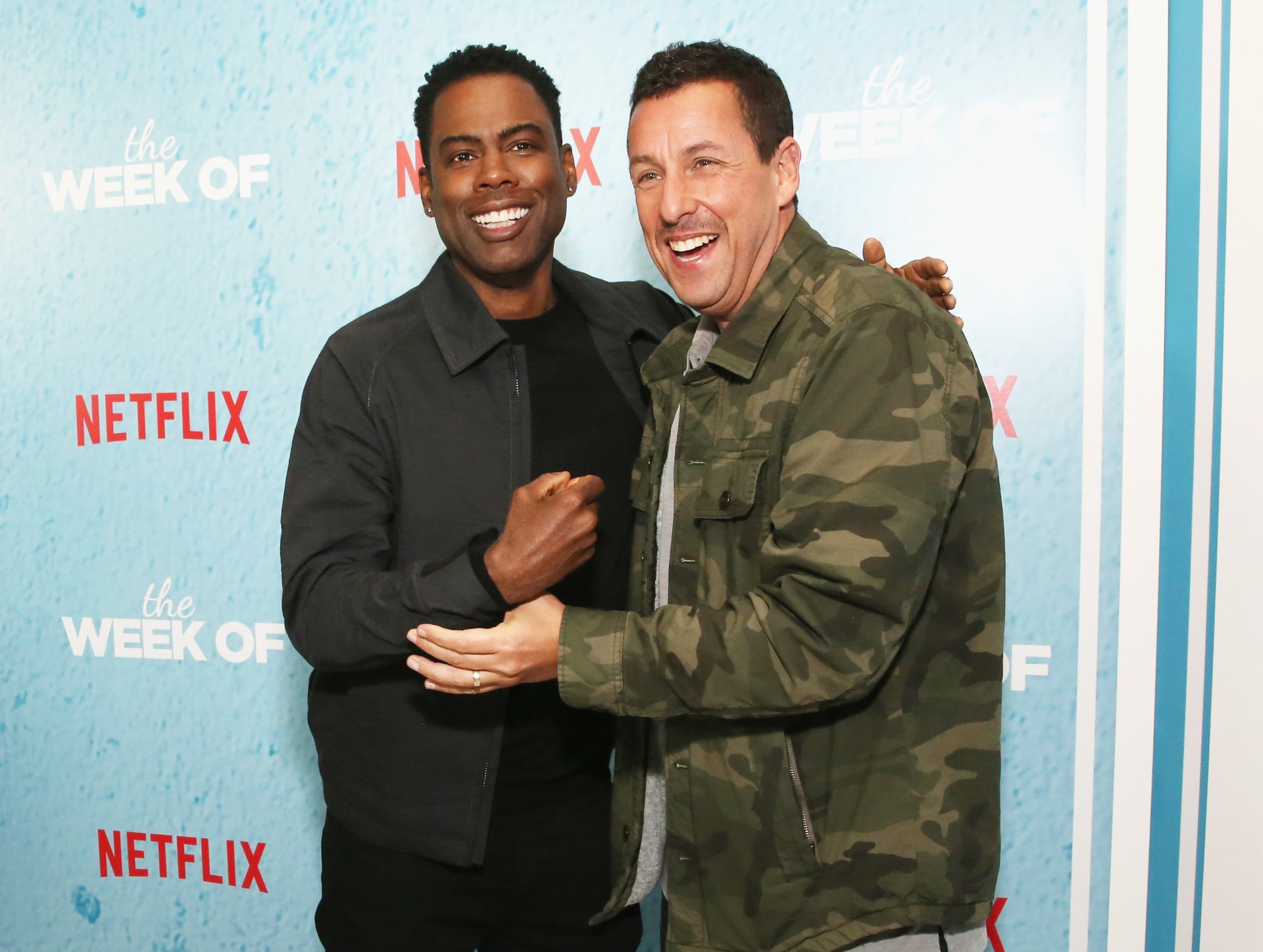 Chris Rock (L) and Adam Sandler attend the World Premiere of the Netflix film “The Week Of” at AMC Loews Lincoln Square 13 on April 23, 2018 in New York City. (Monica Schipper/Getty Images for Netflix) Sandler, who serves as a producer of Hustle, said they cast real-life Spanish NBA star Juancho Hernangómez  after the plot changed from China to Spain.

“[Hernangómez] acts so much better than me in every scene,” Sandler said. “It’s just like, goddamn it. This guy is falling, crying in the middle of a scene, doing the right thing. Every joke he says, I’m like, ‘He said it smoother than I would have.’”

Netflix has had a long relationship with Adam Sandler’s Happy Madison production company to make movies and TV series. Last year, the streamer extended its deal with Happy Madison to include an additional four movies.