French police are searching for the ‘wife’ of one of the Paris gunmen who killed a police woman and four hostages in a kosher bakery.

Hayat Boumeddiene, 26, considered herself the wife of radicalised Muslim Amedy Coulibaly after a religious marriage service, although the French state only recognises official ceremonies as legally binding, the Daily Mail reports.

As her husband and the two brothers lay dead in a French morgue, the one-time cashier who was happy to pose in her bikini when on holiday with her lover, remains at large. 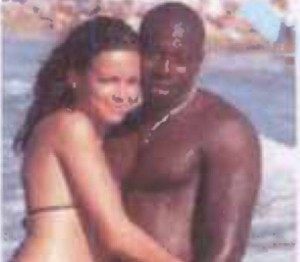 From the information police have been able to gather together so far, it seems the blue collar worker became radicalised after meeting Coulibaly and gave up her job to devote herself to him.

She was interviewed back in 2010 as part of the police’s enquiries into her boyfriend’s dealings with Islamic extremists; she said her ‘husband’ and the other fundamentalists she lived with inspired her to ‘read a lot of books on religion and because of this, I came to ask questions on religion.’

‘When I saw the massacre of the innocents in Palestine, in Iraq, in Chetchna, in Afghanistan or anywhere the Americans sent their bombers, all that…well, who are the terrorists?’

Boumeddiene quickly gave up the bikinis and swapped them for a burkha, with neighbours saying she was never seen without a veil.

But the couple, who lived in Bagneux, were known as a quiet, respectful and devoutly religious couple by neighbours although it is said that Coulibaly had run ins with Boumeddiene’s parents.

Behind the respectable facade, however, was a couple who were involved with terrorist groups including Djamel Beghal, the 50 year old preacher who recruited terrorists at London’s Finsbury Park Mosque where hate preacher Abu Hamza was Imam.

Both she and Coulibaly visited the extremist preacher at the same time as Cherif Kouachi, the younger of the brothers who stormed the Charlie Hebdo offices before hijacking a car and trying to escape to the Forêt de Retz.

Also in the party were two other convicted terrorists, jihadi recruiter Ahmen Laidouni and Farid Melouk of the Albanian terrorist group GIA.

When questioned by police on the gang’s activities at the time, she simply said “We went there for crossbow practice”.

But a month ago they vanished from their house, unseen until their faces appeared on TV screens and in newspapers with Boumeddiene now France’s ‘Most Wanted Woman’. 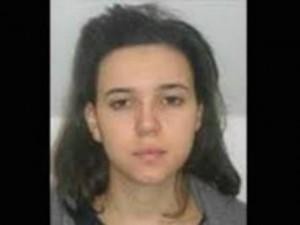 While it is known that Coulibaly murdered at least four hostages at the Jewish supermarket in Paris, police are still unsure if Boumeddiene was present at the store. There are reports that she was injured in the fire fight which ended the siege and others say that she escaped in the confusion following the death of the gunman.

As for her husband, he had a long history of crimes, both petty and serious and first came to the attention of police as a 17 year old. It is believed he because involved with Cherif when he was part of  a jihadi recruitment ring in Paris that sent fighters to Iraq for which the younger Kouachi brother was to serve time in jail for.

The revelation that Coulibaly and the Kouachi brothers were known to each other made police fear they could have another bloodbath on their hands, with Coulibaly believed to be responsible for shooting dead a police officer in South Paris on Thursday.

A source close to the police investigation confirmed the three men were in the same ‘Buttes Chaumount’ terror cell, saying “He was friends of both of them.”