Latest British approval ratings have revealed that UKIP leader and Breitbart London columnist Nigel Farage is more popular than ever, as Britain’s most admired and secure political leader – well ahead of his competition in the establishment parties.

Released by pollsters Ipsos Mori, the new statistics show that Mr. Farage isn’t just the most popular politician among the UK electorate, but is the most admired among his own party members.

He is the only political party leader in the UK who had a positive poll rating across voters of all parties, a finding that skewers critics who argue that he is too “divisive” or “toxic” to have a heavy involvement in the UK-EU referendum campaign.

The aggregate score given to all leaders gave the UKIP leader +9 points – an all time high. 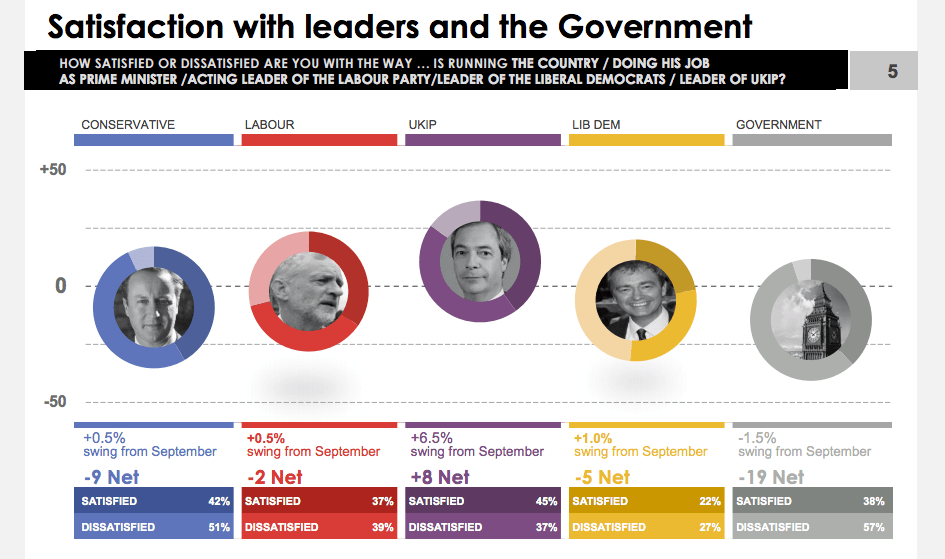 Taking a hard line on immigration and opposing the European Union during the summer migrant crisis may be one factor behind his steady growth in the polls, overtaking Prime Minister Cameron’s flat-lining popularity last month.

Parties across Europe who have taken a principled stand against mass migration have received a boost as voters wake up to the consequences of open borders. The victory of Poland’s right-wing, Eurosceptic, anti-migration Law and Justice party in this weekend’s elections are one symptom of that. 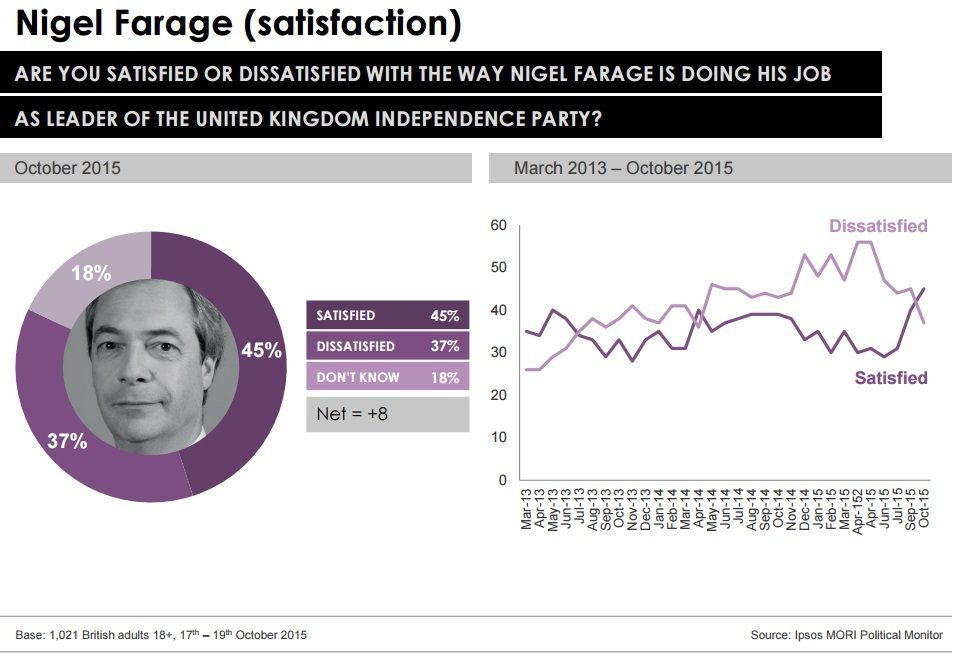 Of all parties, UKIP also enjoys the lowest rate of desire for leadership change. Just a quarter of UKIP supporters think there should be a new leader before the next general election, a significant achievement compared to the 42 per cent of Labour members who think it is time for Corbyn to go and the 39 per cent of Tory supporters who believe Mr. Cameron needs to make way for his successor.

That isn’t the only bad news for newly selected Jeremy Corbyn. He also has the highest rate of dissent within his own party, with 16 per cent of supporters saying they are dissatisfied with his leadership. His deeply divisive character may yet impact on Labour’s electoral chances come the next election, as voters are polarised by his old-fashioned policies.