The anti-mass migration Alternativ für Deutschland (AfD) party held a rally in the German capital Berlin this afternoon, demanding the resignation of Chancellor Angela Merkel and calling for the country to adopt a strong policy on immigration.

The AfD has seen its popularity surge as Germany struggles to deal with the huge influx of migrants, and is currently campaigning in local elections in the Saxony-Anhalt region that will be seen as an indicator of public sentiment on the issue.

German paper Handelsblatt estimates that 5,000 people joined the rally this afternoon, calling for the immediate closure of Germany’s borders and introduction of Visa requirements from migrants from the Balkan states, including Serbia, Bosnia-Herzegovina and Montenegro.

Angry demonstrators chanted “Merkel must go” and “traitor to the people” under the banner “Asylum has its limits – red card for Merkel”.

Although the main protest was largely peaceful, several counter-protests by pro-migrant activists descended into violence, with around 40 arrests. Around 800 counter-demonstrators showed up, far lower than organisers had hoped.

Yesterday, it was reported that the German government had agreed the downgrade the status of Syrian migrants, reducing the amount of time they could stay in the country and banning them from bringing their families. Today, however, the government did a U-turn on the plans. 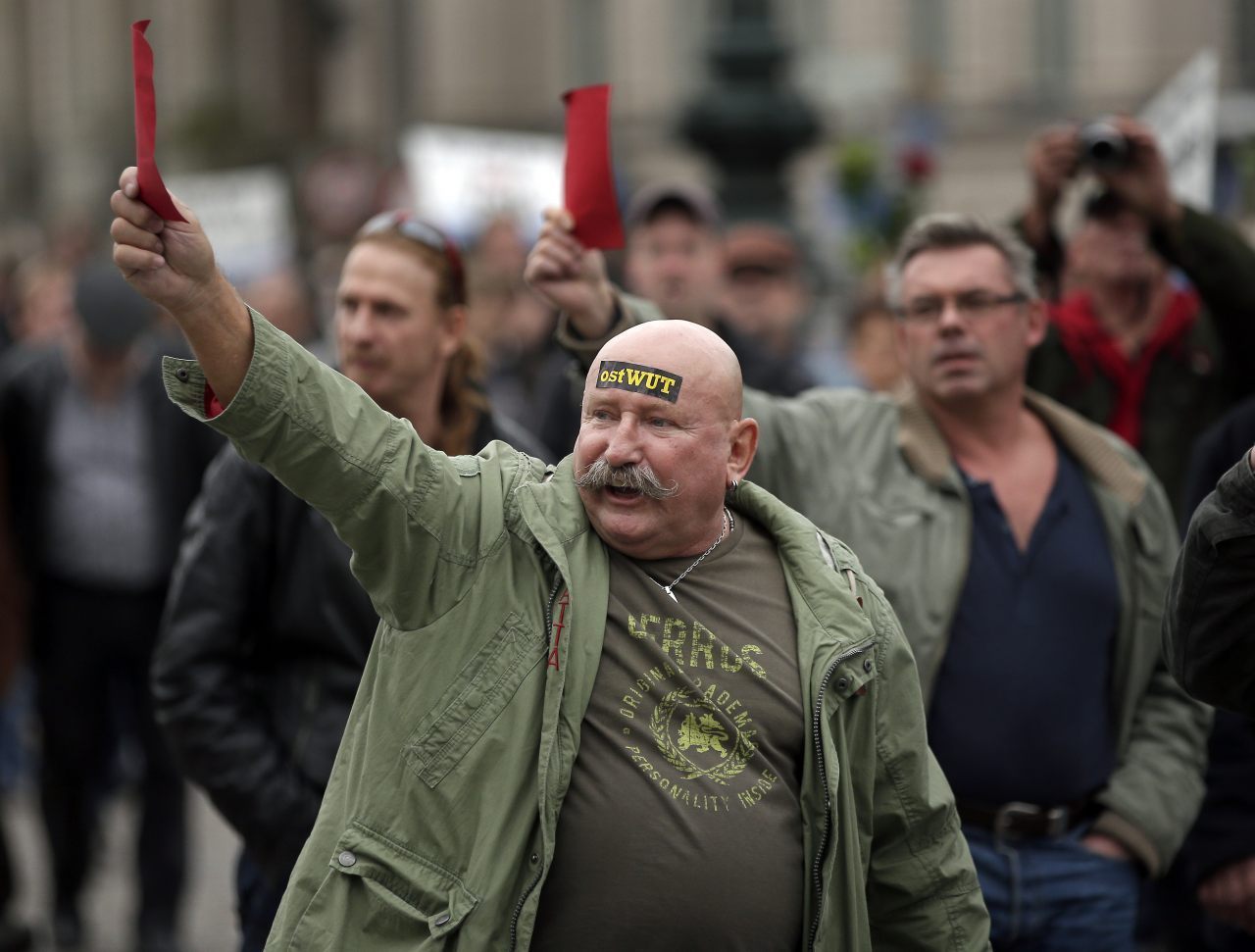 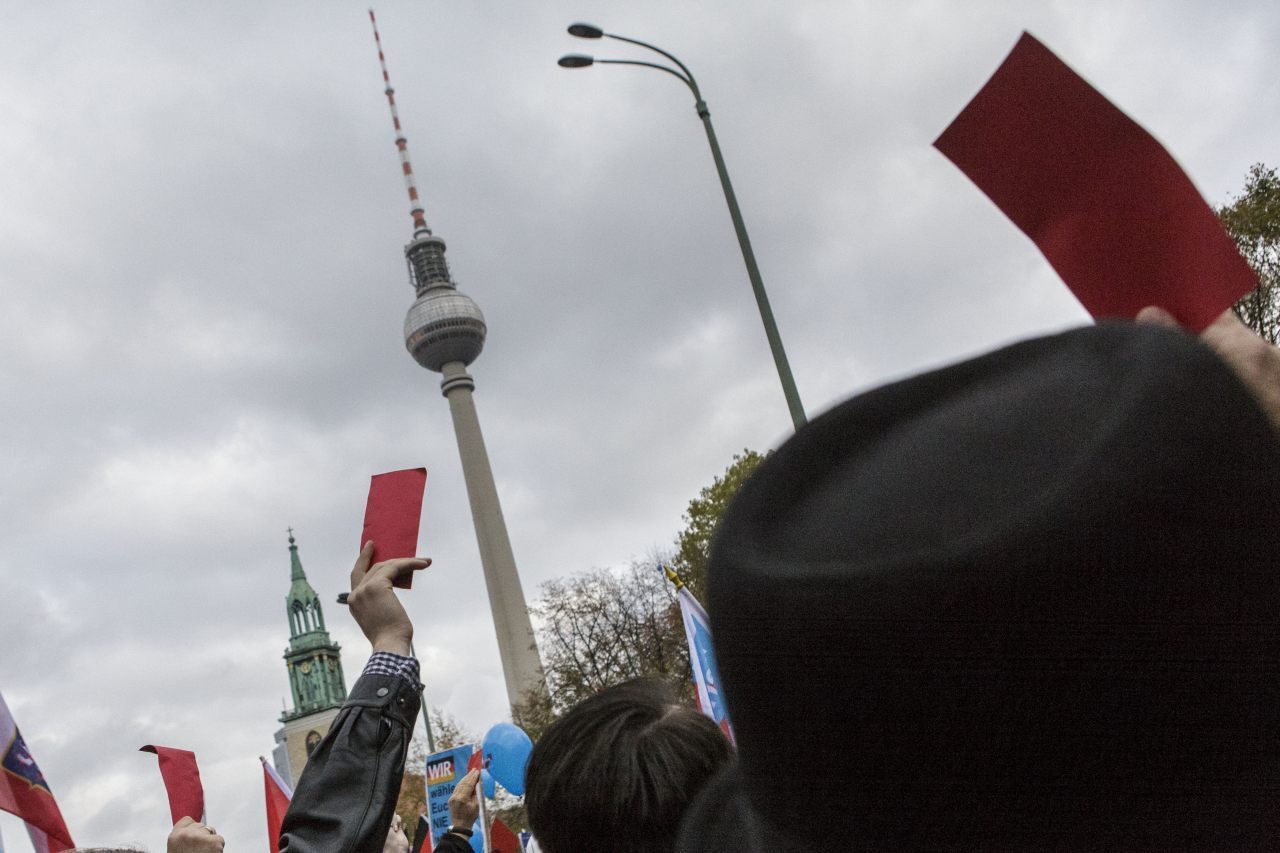 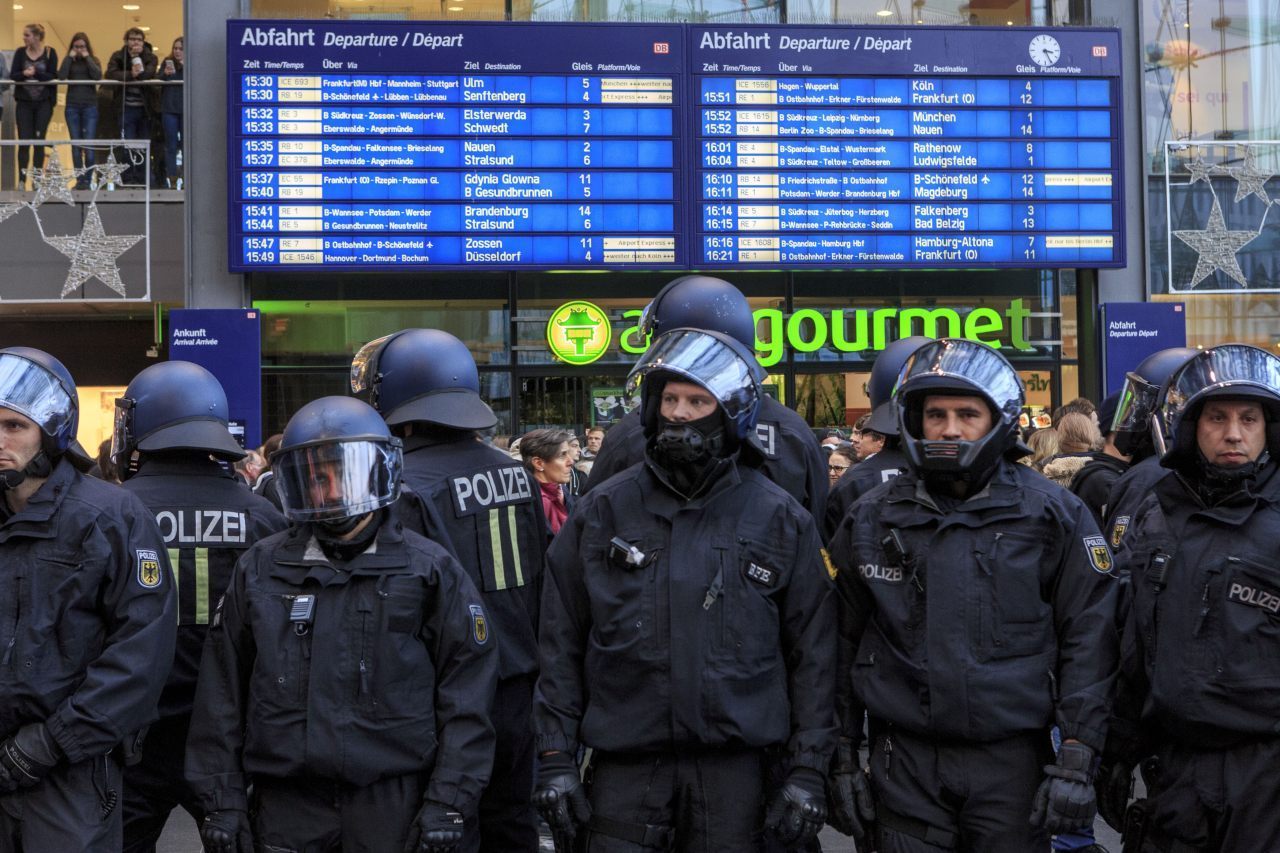 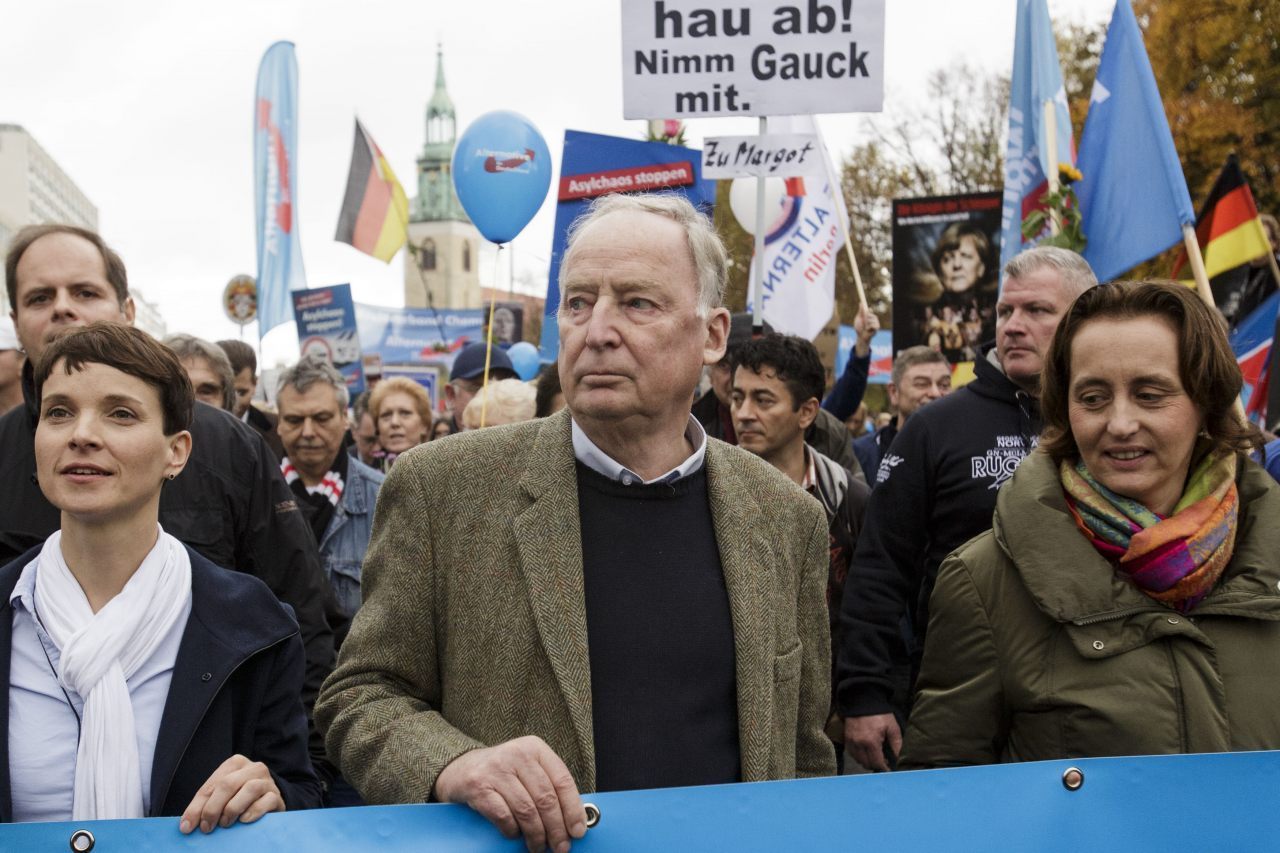 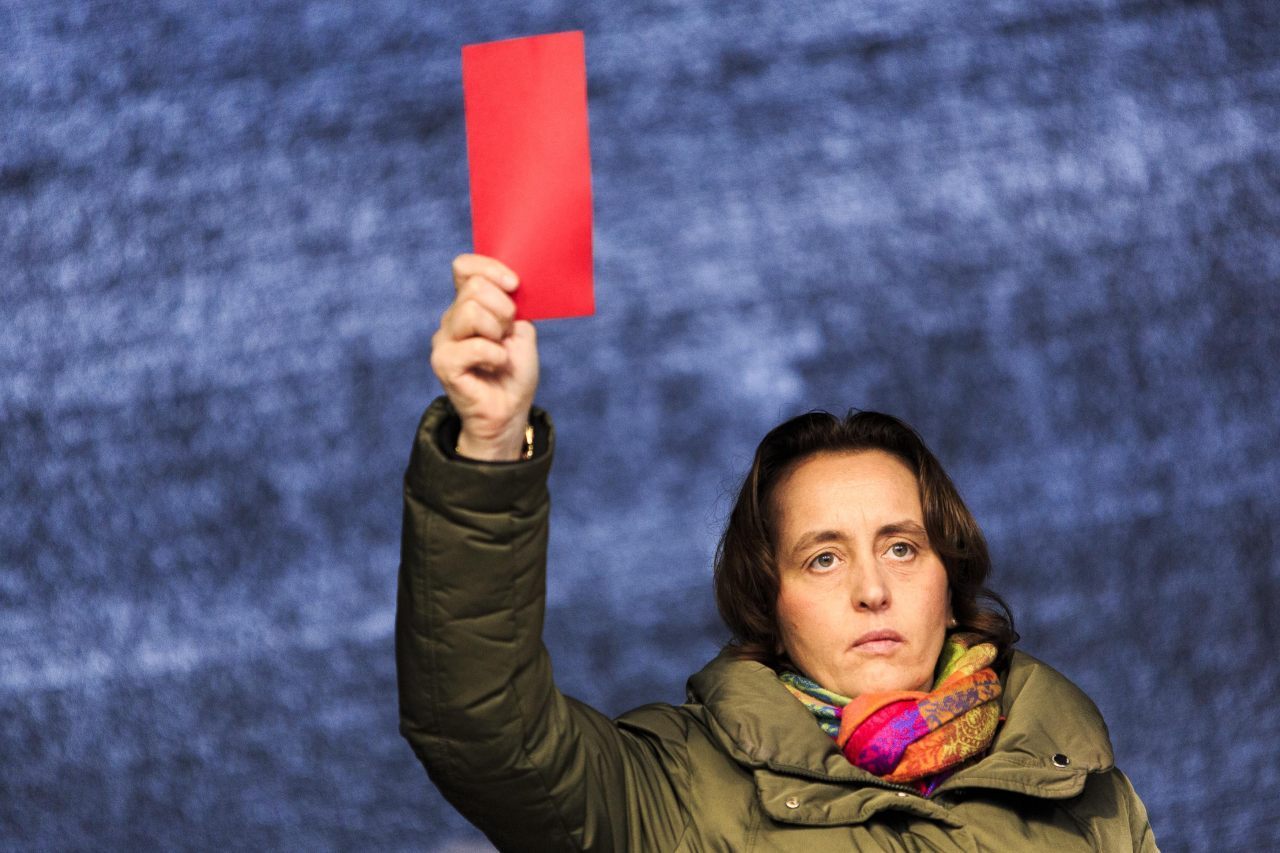 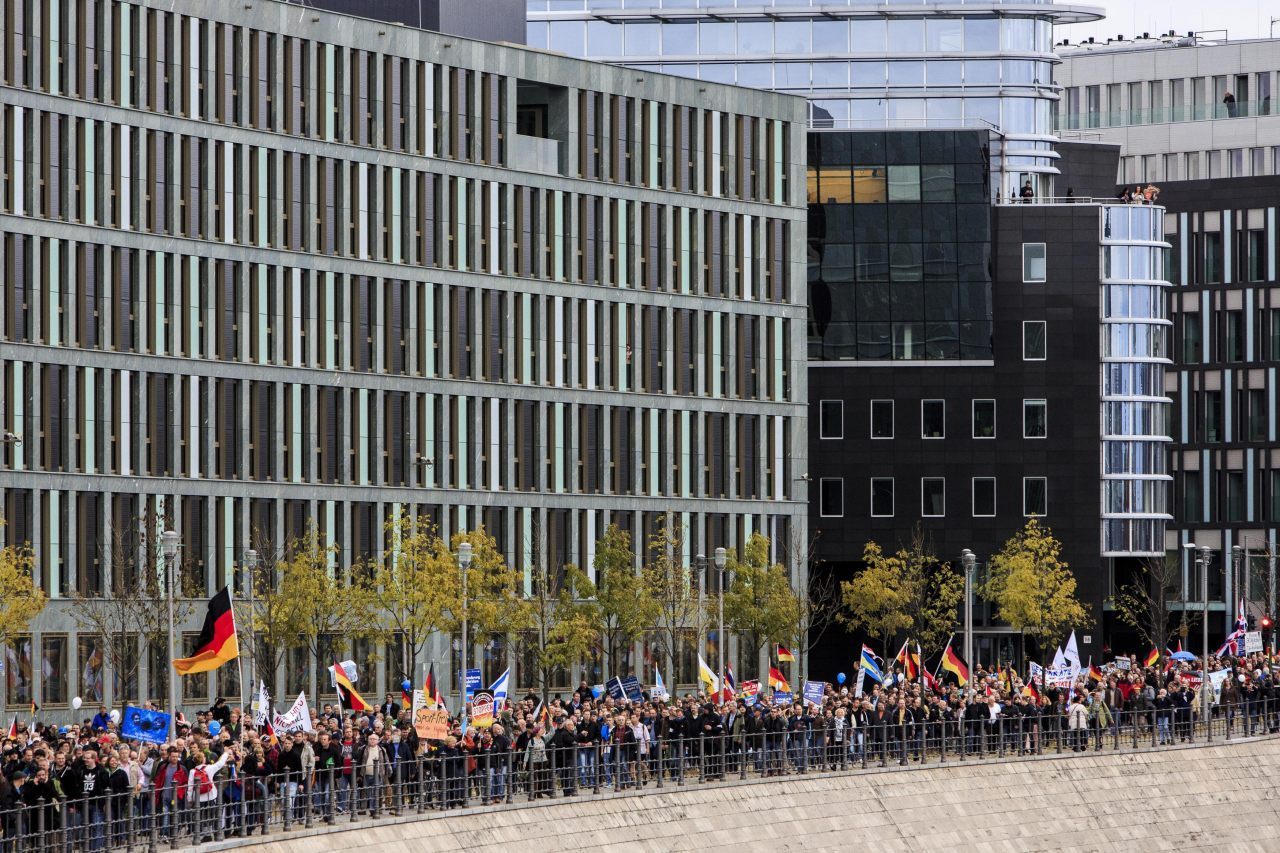 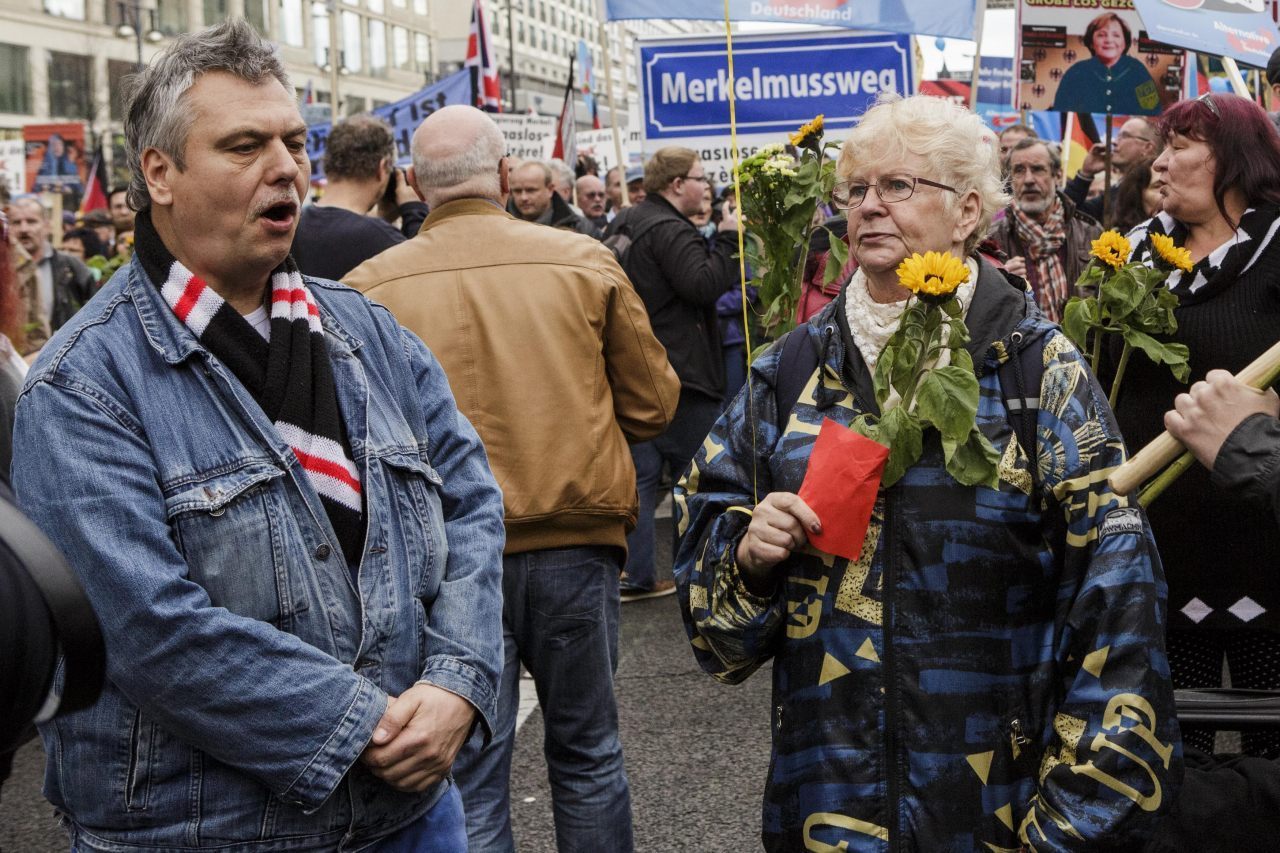 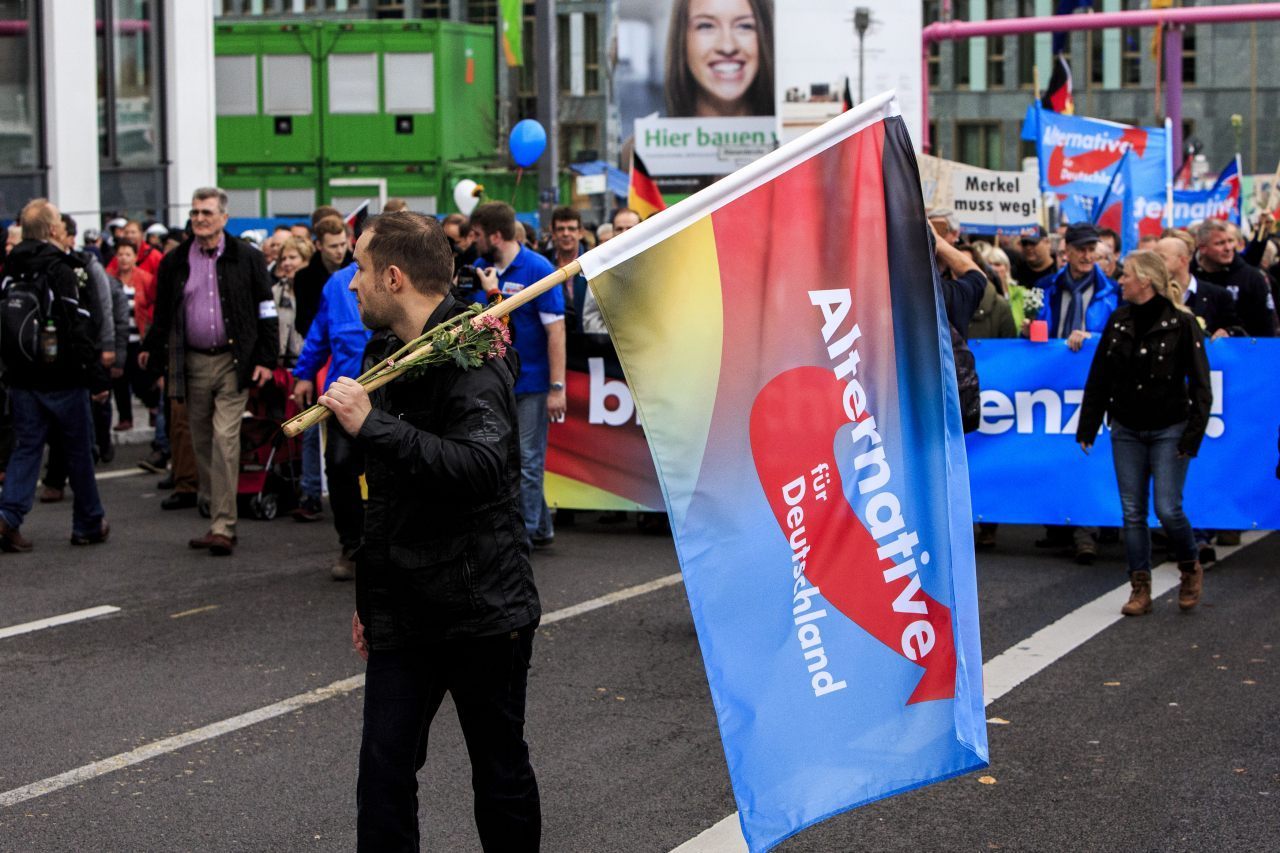 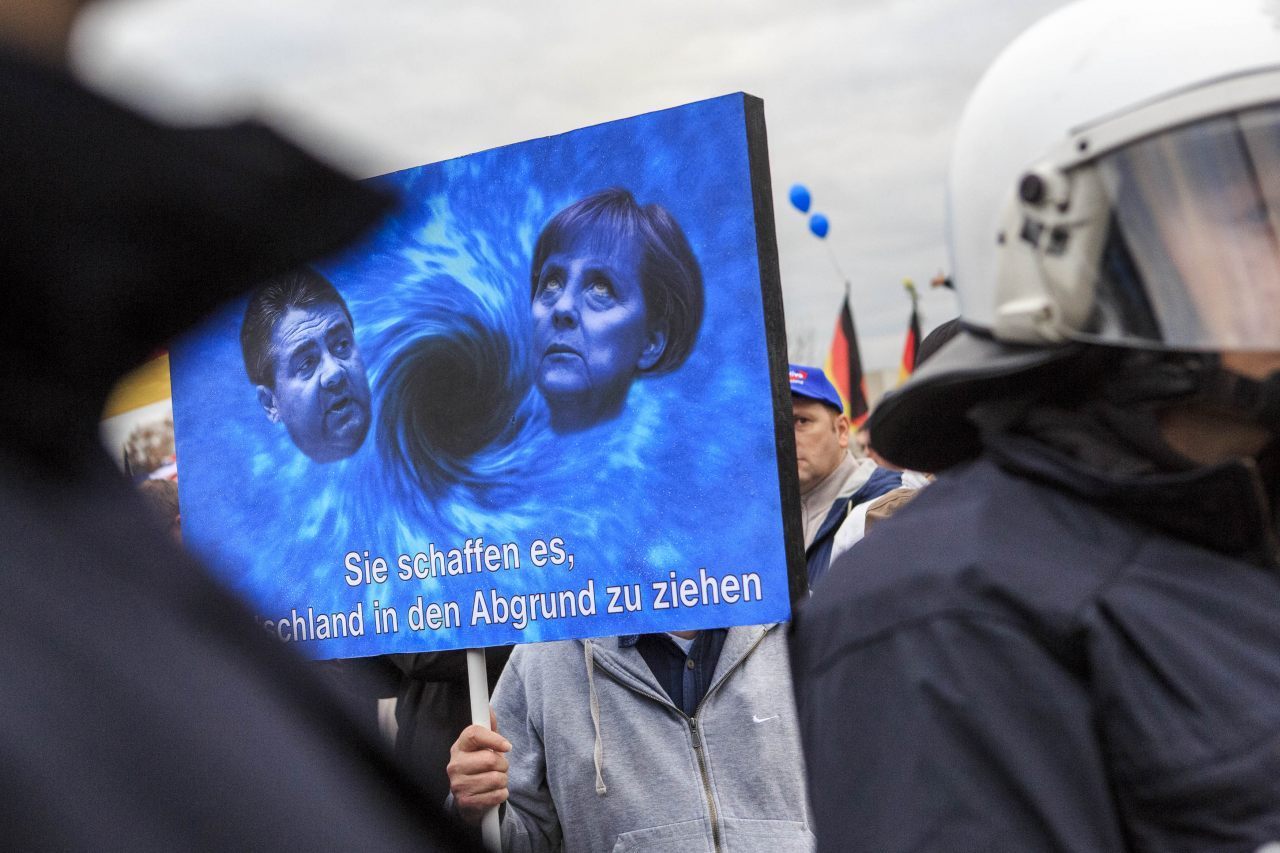 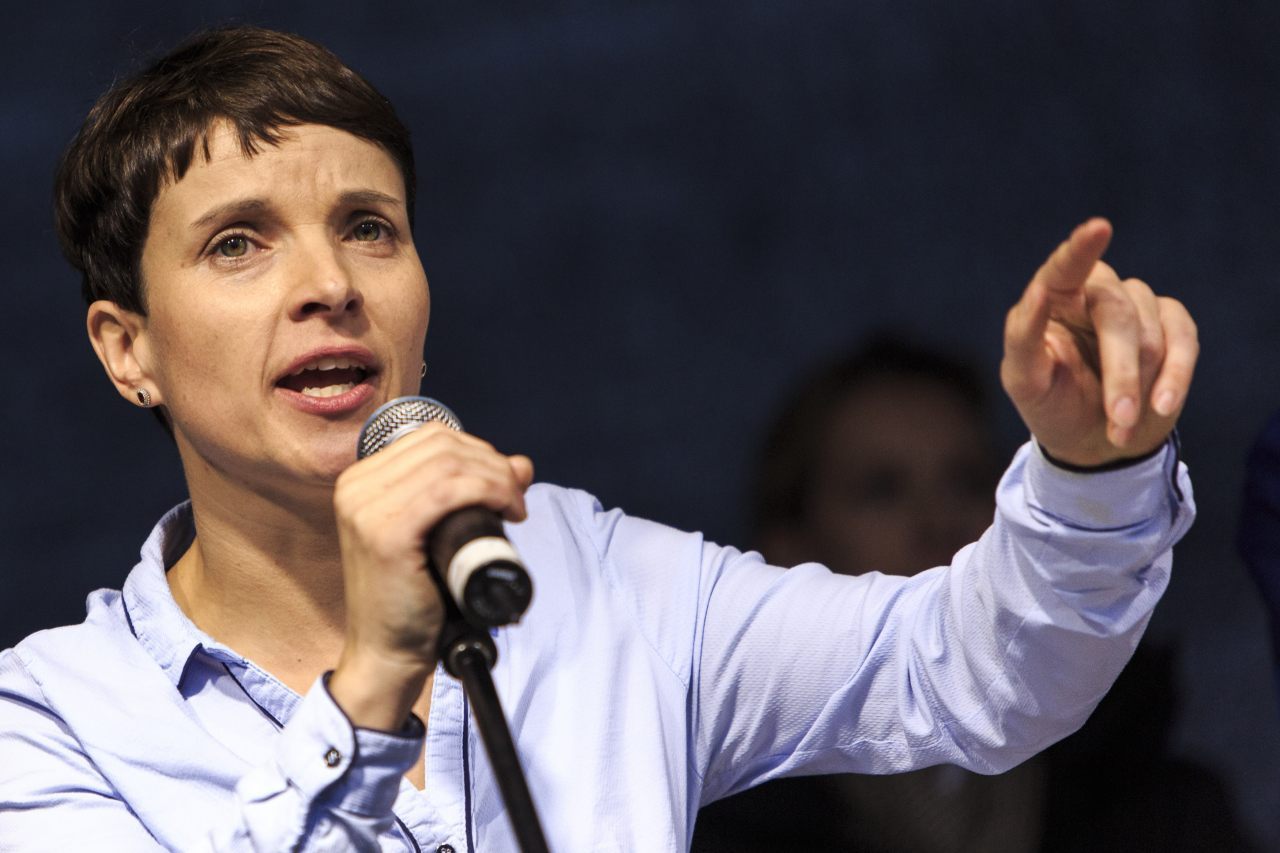 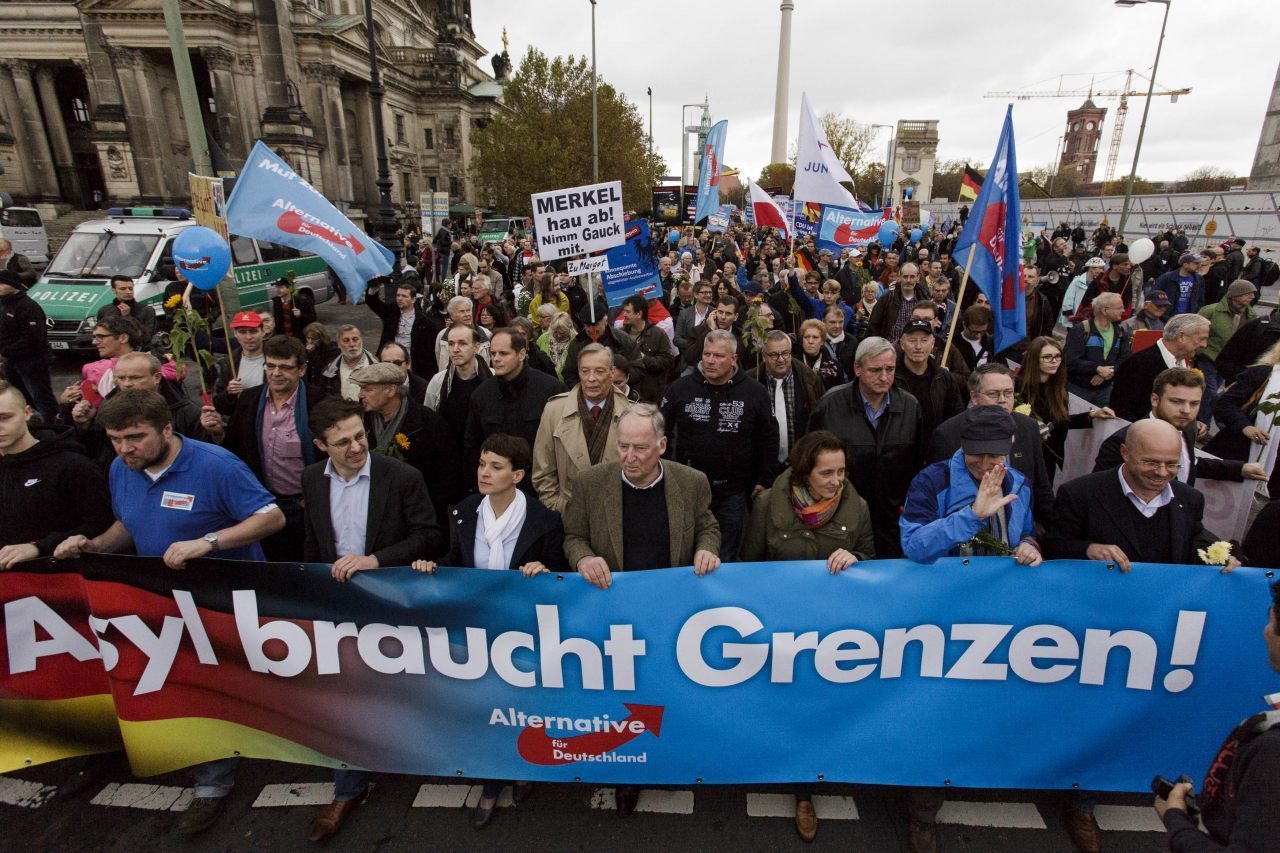 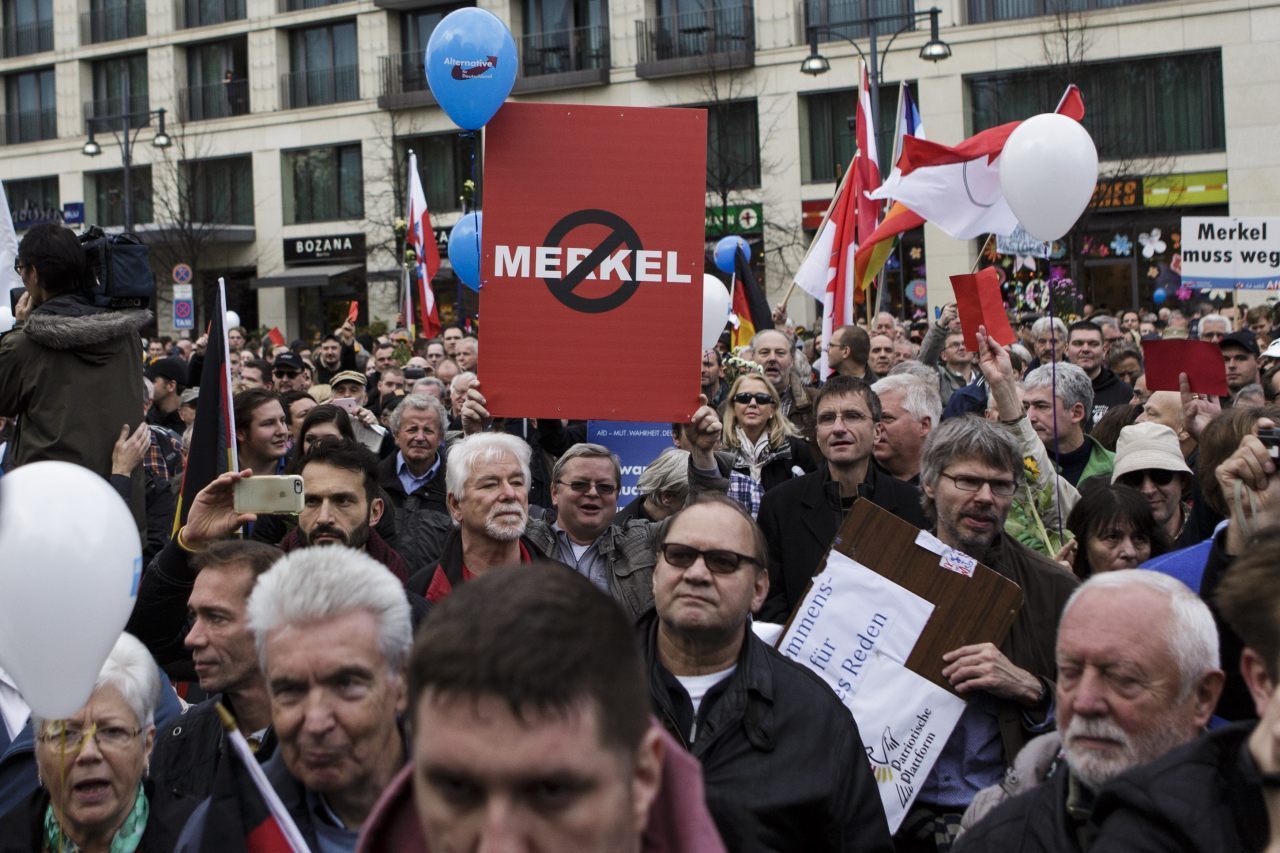 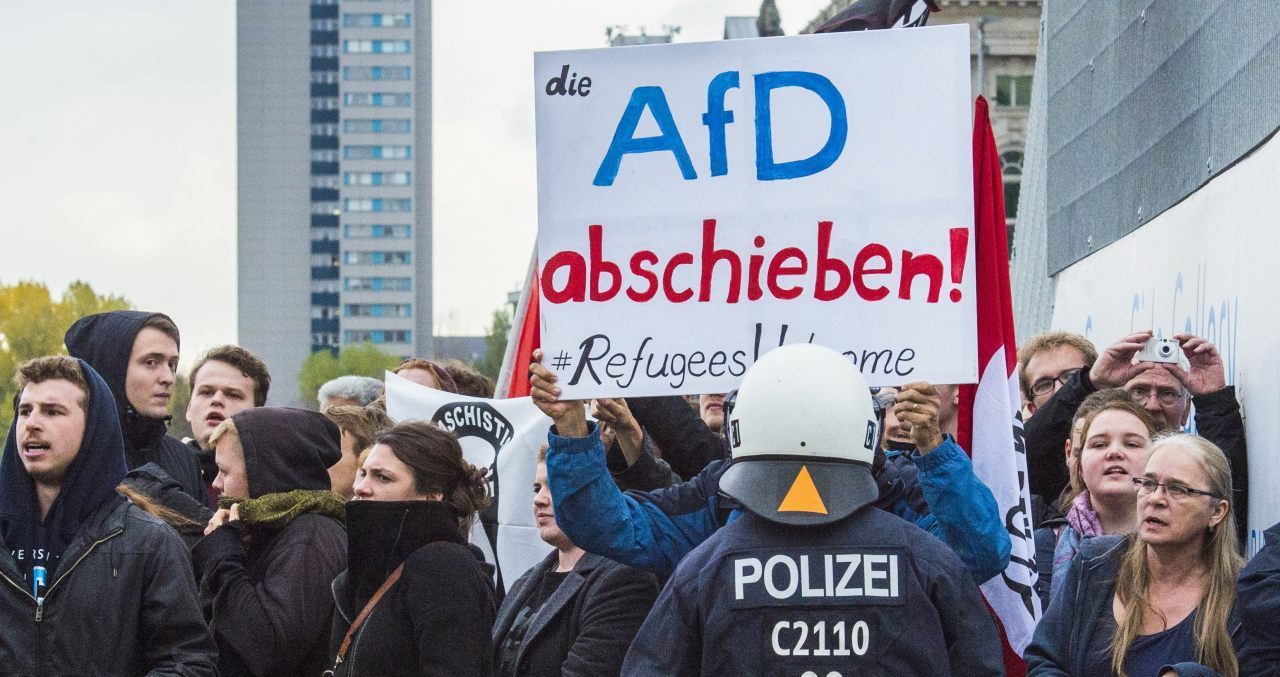 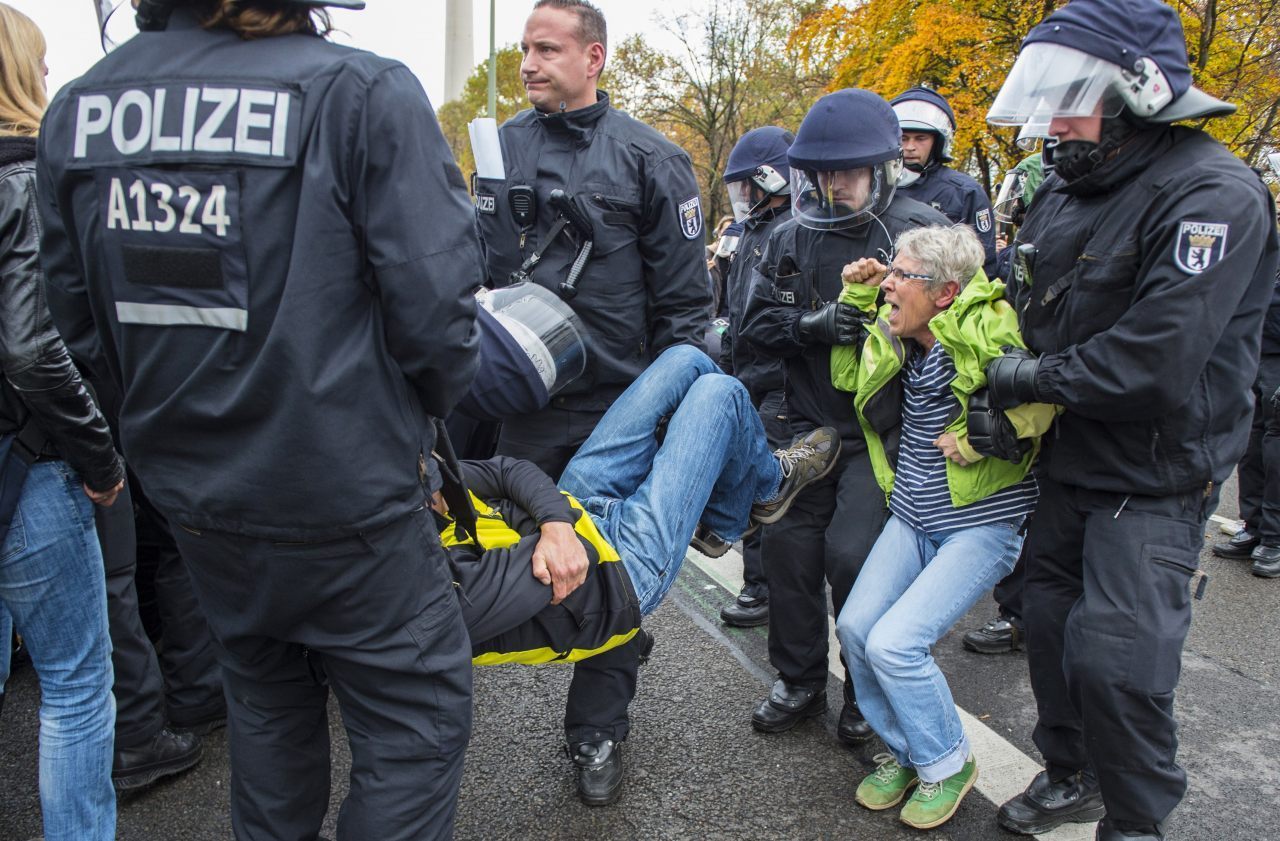 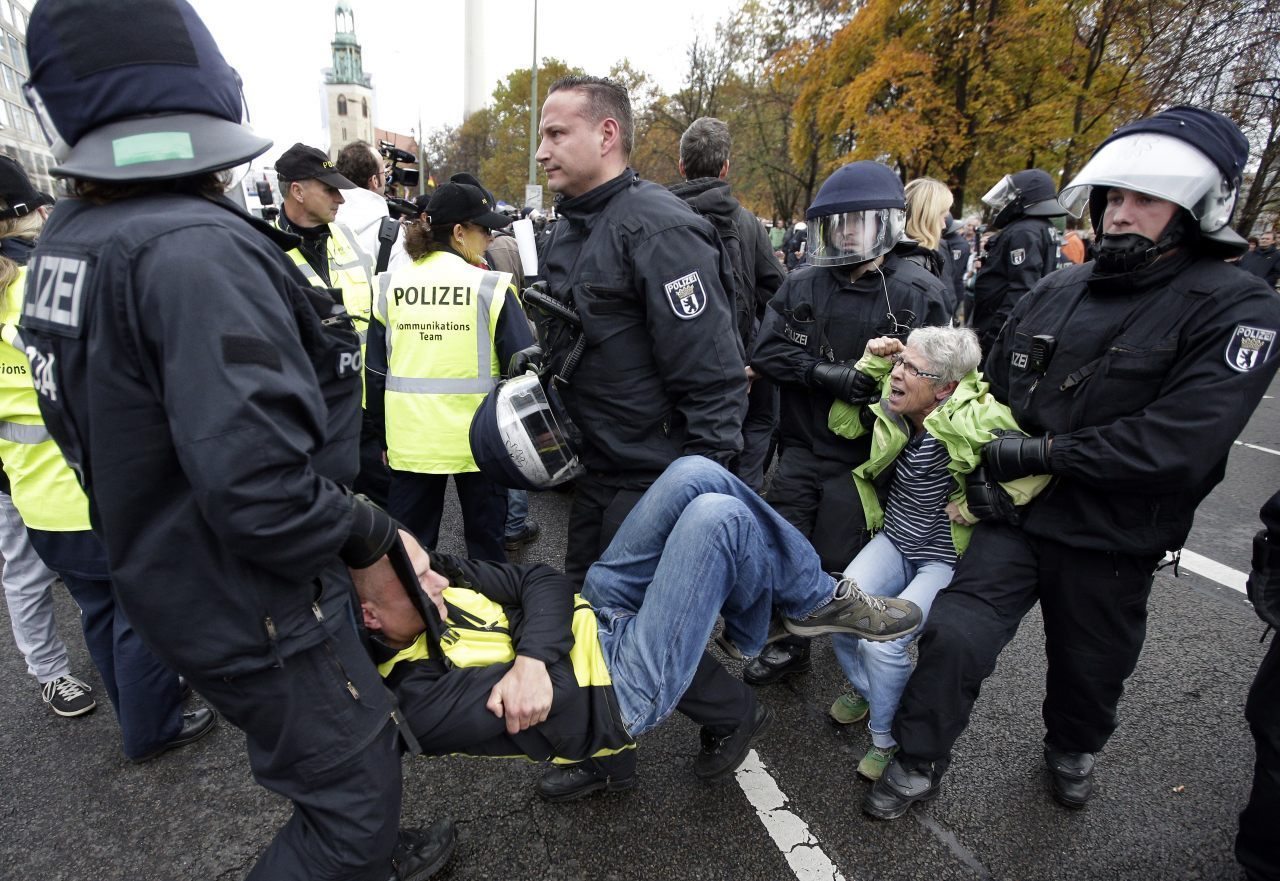 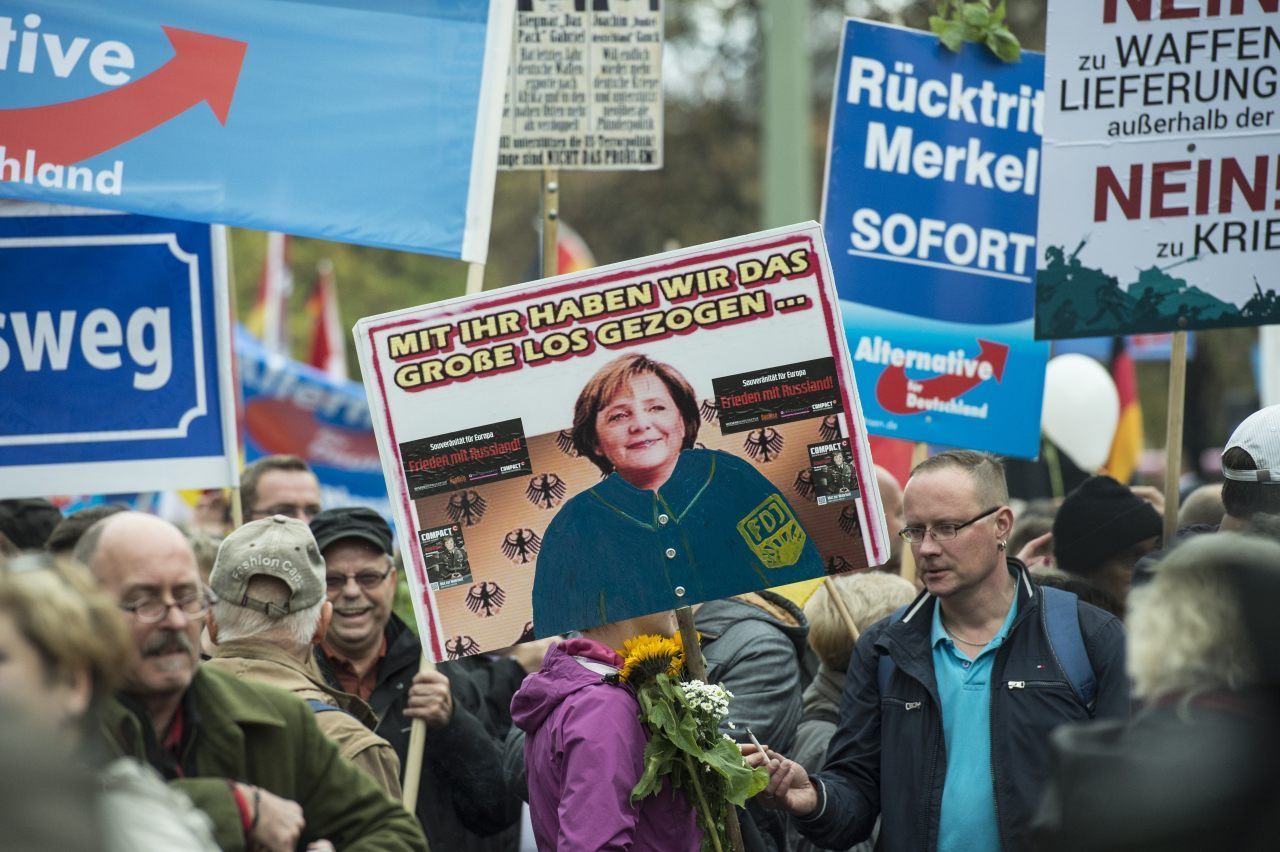 An AfD supporter holds a placard depicting Angela Merkel wearing the uniform of the old Communist “German Free Youth”. The text says: “With her we have hit the jackpot…” (JOHN MACDOUGALL/AFP/Getty Image) 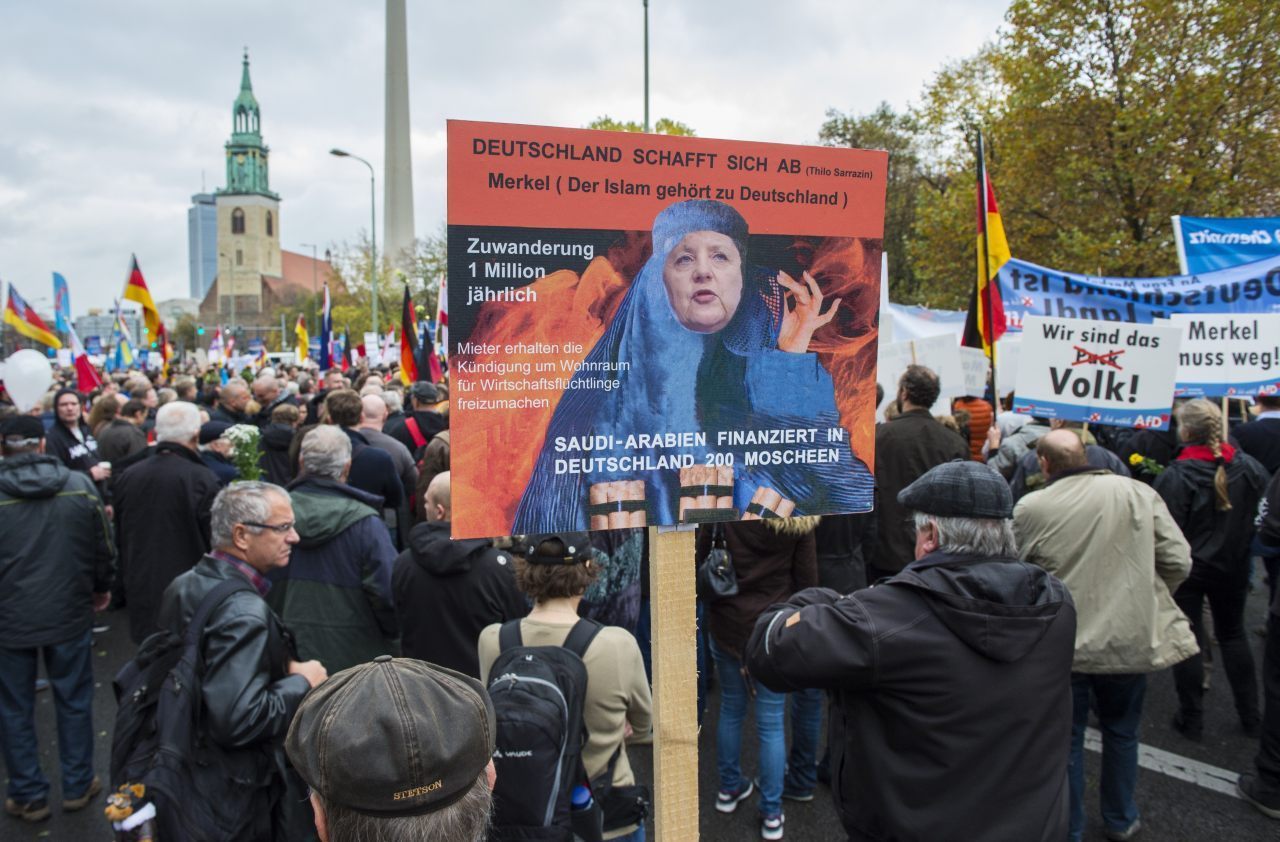 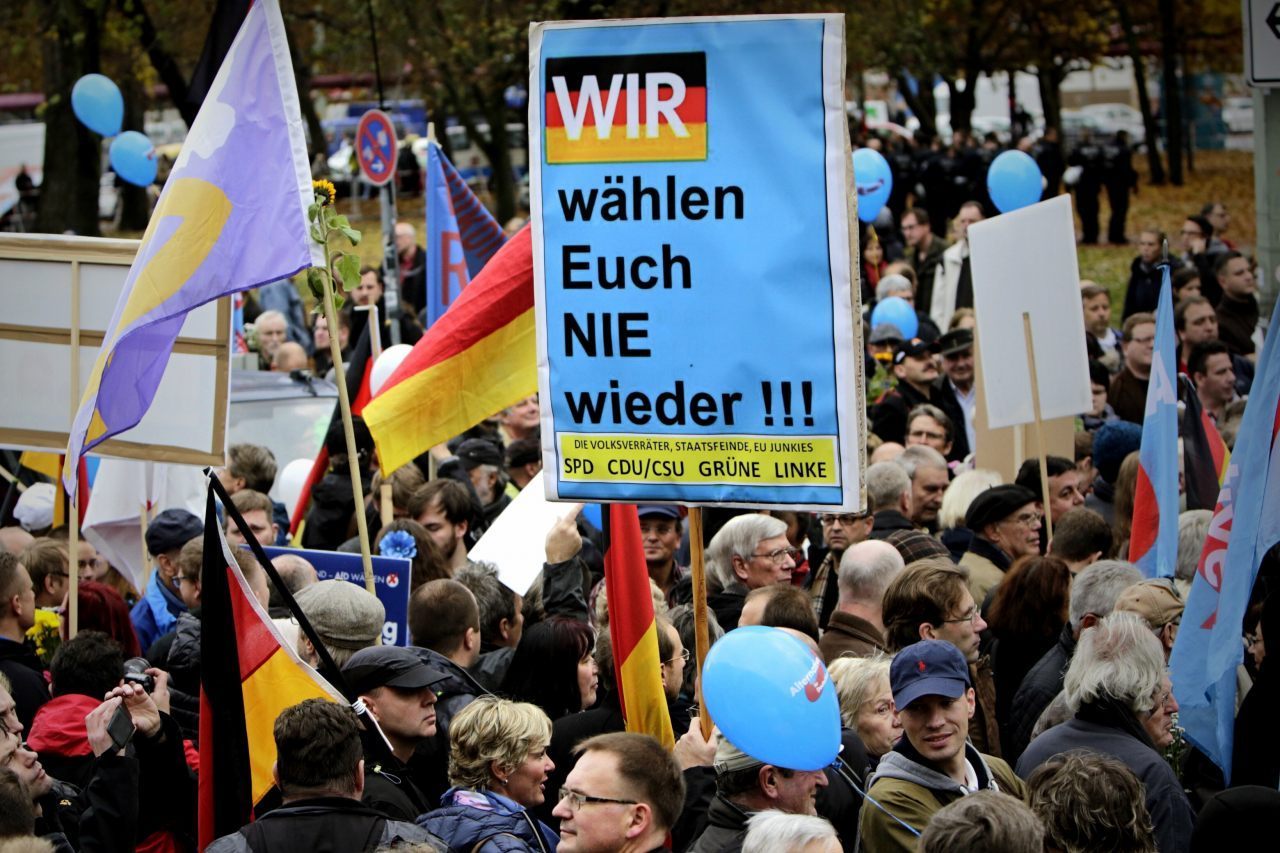