German Television station Tele5 has changed its logo today to a German flag emblazoned with the Islamic star and crescent, just weeks after the New Year’s Eve migrant sex attacks in Cologne.

Tele5 justified the move on Twitter this afternoon, saying that it was a symbol “expressing our sympathy to the victims of yesterday’s attack,” on German tourists in Istanbul. The attack in Istanbul took the lives of 10  tourists, mostly Germans, in Sultanahmet square, a tourist location near the Blue mosque and Hagia Sophia.

According to Deputy Prime Minister Numan Kurtulmus, the suicide bomber who perpetrated the attack has been identified as a Syrian migrant from body parts recovered on the scene.

The Deputy Prime Minister also clarified that the bomber was not on Turkey’s terrorism watch list, and it has now been reported that he entered the country as a Syrian “refugee”.

The Turkish government has blamed Islamic State for the attack, which would make the incident the first time Islamic State has directly targeted the Turkish tourist industry, although they have targeted European tourists in Tunisia, and elsewhere, in recent months.

Channel Tele5 was founded by former Italian Prime Minister Silvio Berlusconi as a successor to Germany’s first music channel Musicbox. The channel went defunct in 1992 but was revived by Tele Munchen Gruppe in 2002. The current Tele5 is known for broadcasting primarily American television shows like the X-Files, Andromeda and Stargate SG-1 as well as Japanese Anime programmes. 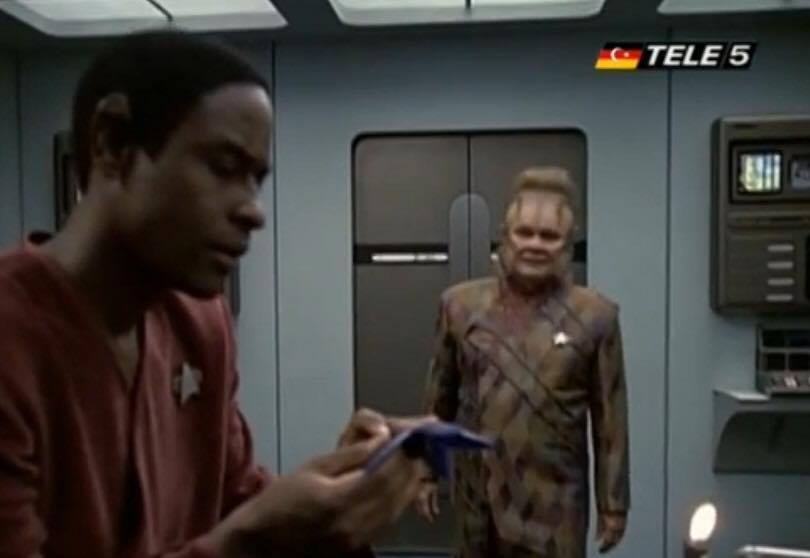 The logo appears on an episode of Star Trek today

The Islamic crescent and star has long been a symbol associated with Islamic countries and the Pan-Arab movement. The symbol itself is meant to convey the rule of Islam and Islamic laws and traditions. Many countries from Turkey to Pakistan include the symbol on their flags and it has grown to become the defacto symbol of the Islamic faith.

Since tweeting their justification for their actions the Tele5 twitter has been full of mixed reactions and with outright criticism, leading user @EberhardFuchs to comment, “is it not inappropriate to to put an Islamic symbol on the German flag after an Islamist attack?”

The response from Tele5 stated, “we find it rather unfortunate that the half moon crescent has become a symbol of fear. The hilal [crescent] is not a sign of terror.”

Some Twitter users decided to poke fun at the channel: