A large group of Polish-American protesters descended on a Hillary Clinton rally in her hometown of Park Ridge, Illinois to demonstrate against “offensive” comments made by Bill Clinton about the state of Polish and Hungarian democracy.

Following the international furore caused by Mr. Clinton – who said “democracy is too much trouble” for Poland, and that the country wants an “authoritarian dictatorship” – a group of Polish-Americans descended on a Hillary campaign stop to demand “no more Clintons!” on Thursday.

The group carried signs that read “Hands Off Polish Democracy” and “Poland: Leader In Freedom And Democracy”.

Mr. Clinton alleged earlier this week that both Poland and Hungary, which are led by right-wing, populist, nationalist governments, want to be more like Vladimir Putin’s Russia. The comments led to a rebuke of the Clintons from Hungary’s Prime Minister Viktor Orban, who accused the Clintons of adopting the talking points of one of their largest individual donors, George Soros.

“If someone says there is no democracy in Poland today, that means he should have a medical test,” blasted the head of Poland’s Law and Justice party Jaroslaw Kaczynski.

Protesters said Mrs. Clinton received a “nasty surprise in a town she was born” urging Polish people to “stick together” in action against the Clintons.

Mr. Clinton’s comments led to Poland’s newly elected Prime Minister calling for an apology, which Breitbart London understands has not been forthcoming.

On Friday, Hungary’s Prime Minister Viktor Orban said: “[I]n Central Europe a shadow power exists, which is linked to George Soros, he is one of the most important sponsors of the Democratic Party, so I have to say that although the mouth belongs to Clinton, the voice belongs to George Soros.” 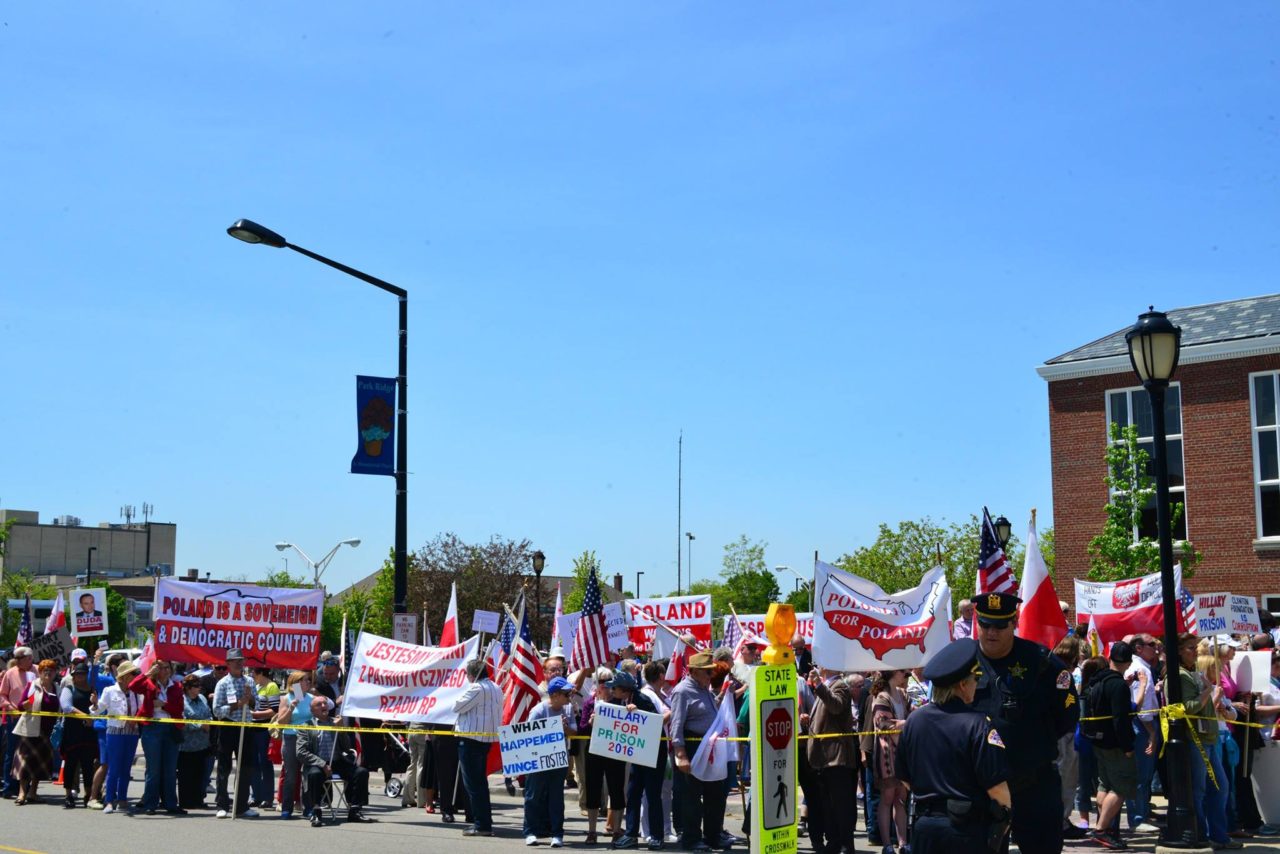 ‘Poland is a Sovereign and Democratic Country’ 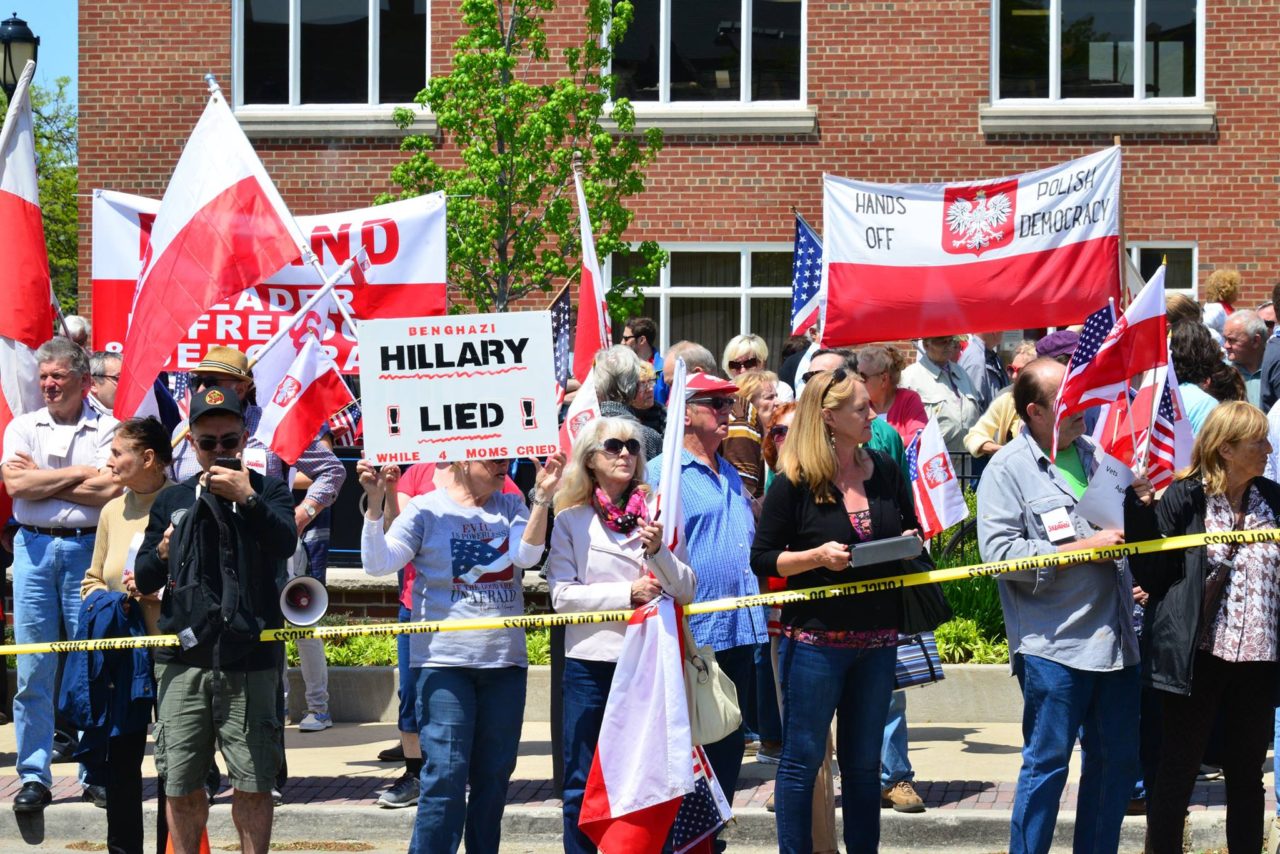 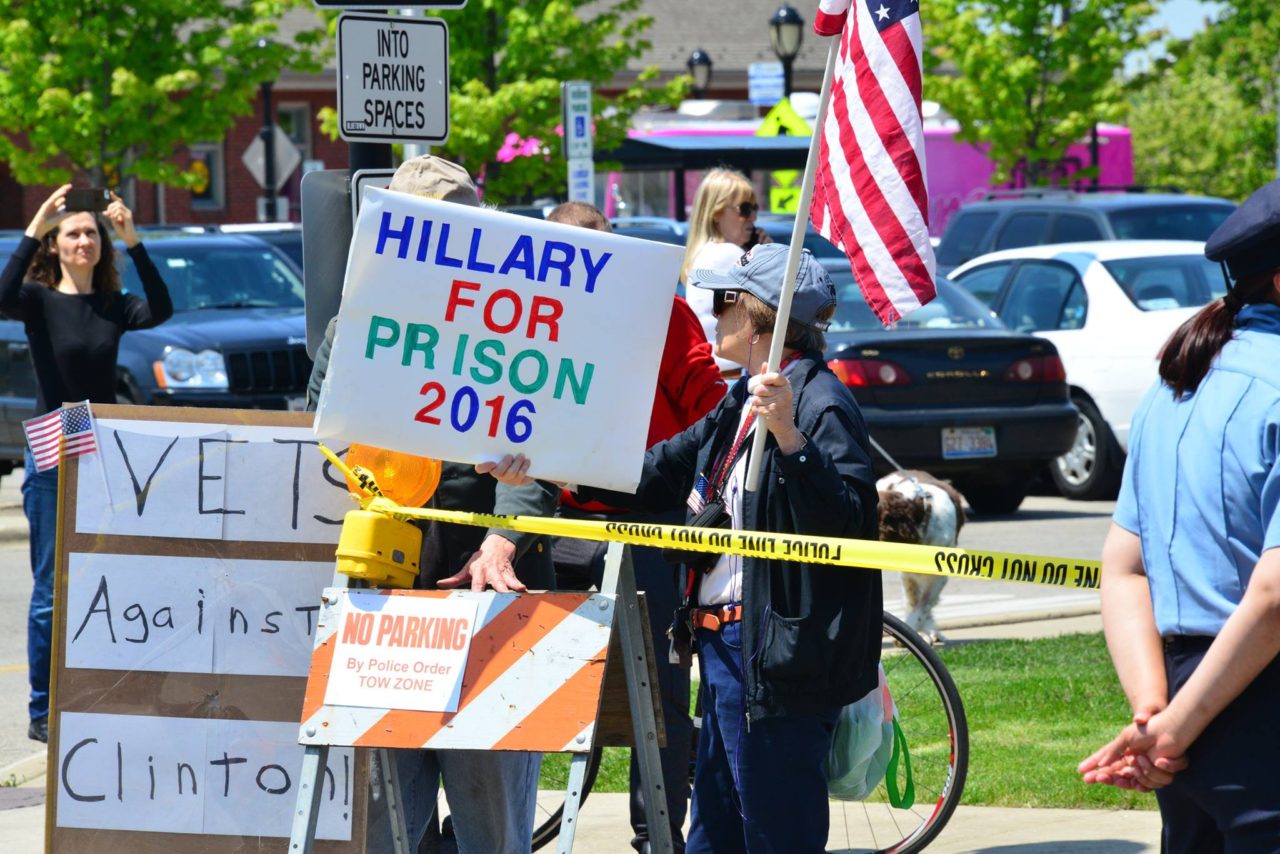 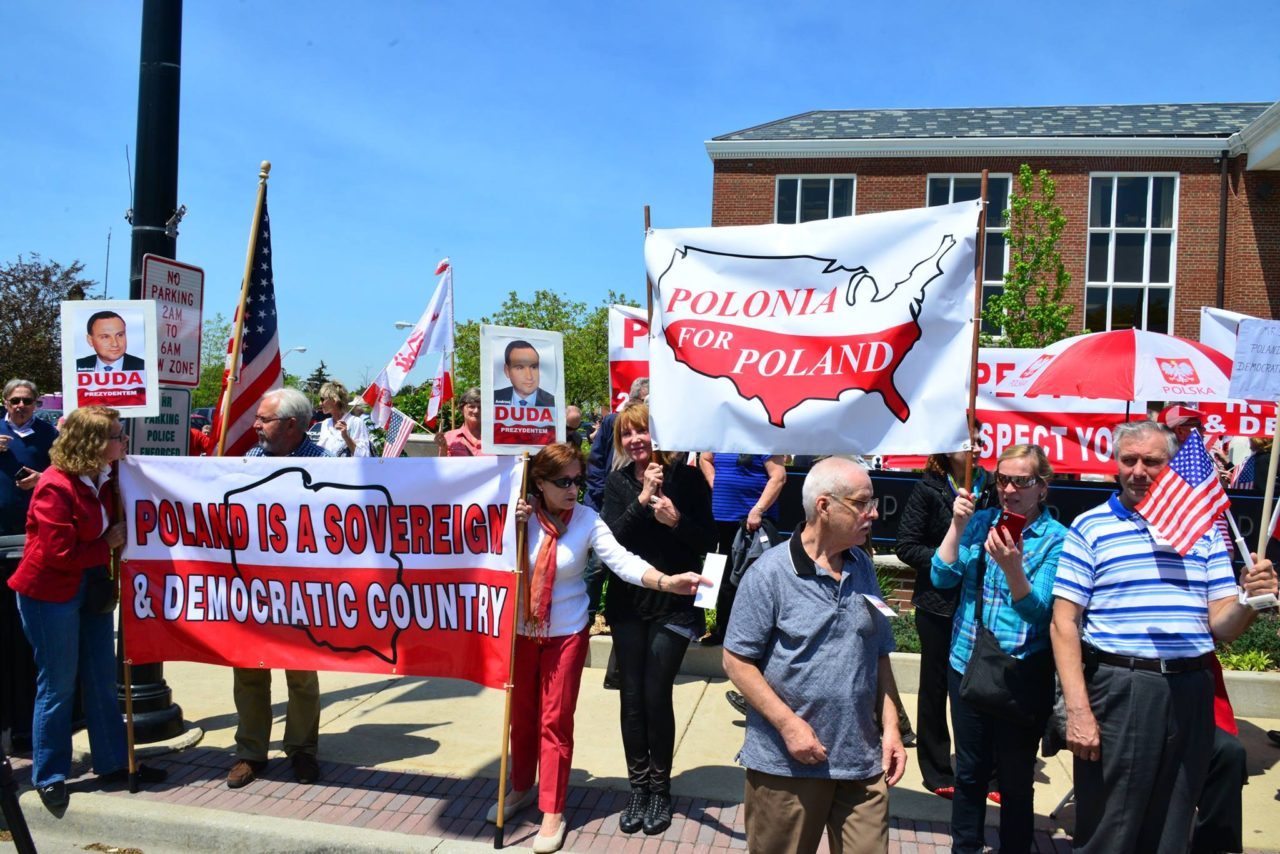 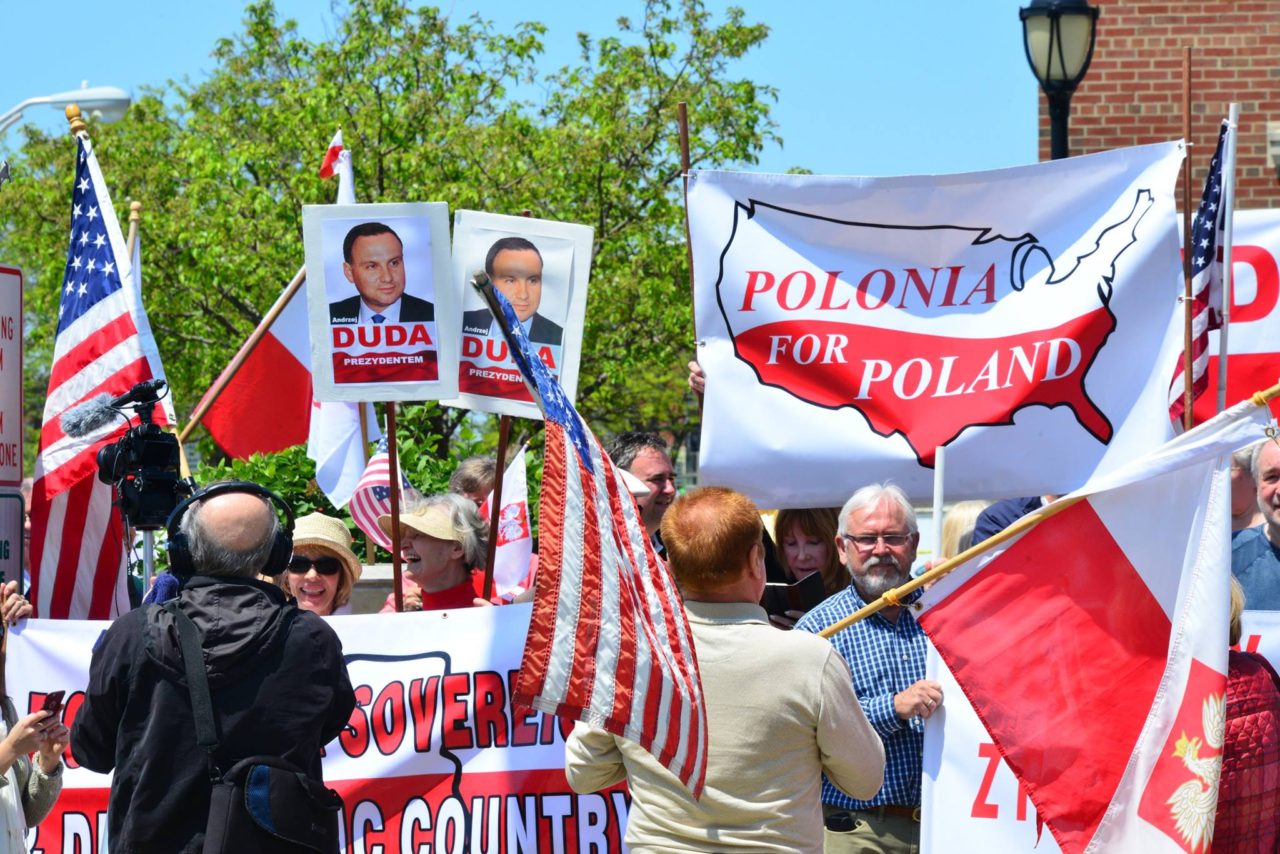 Polish and American flags side by side 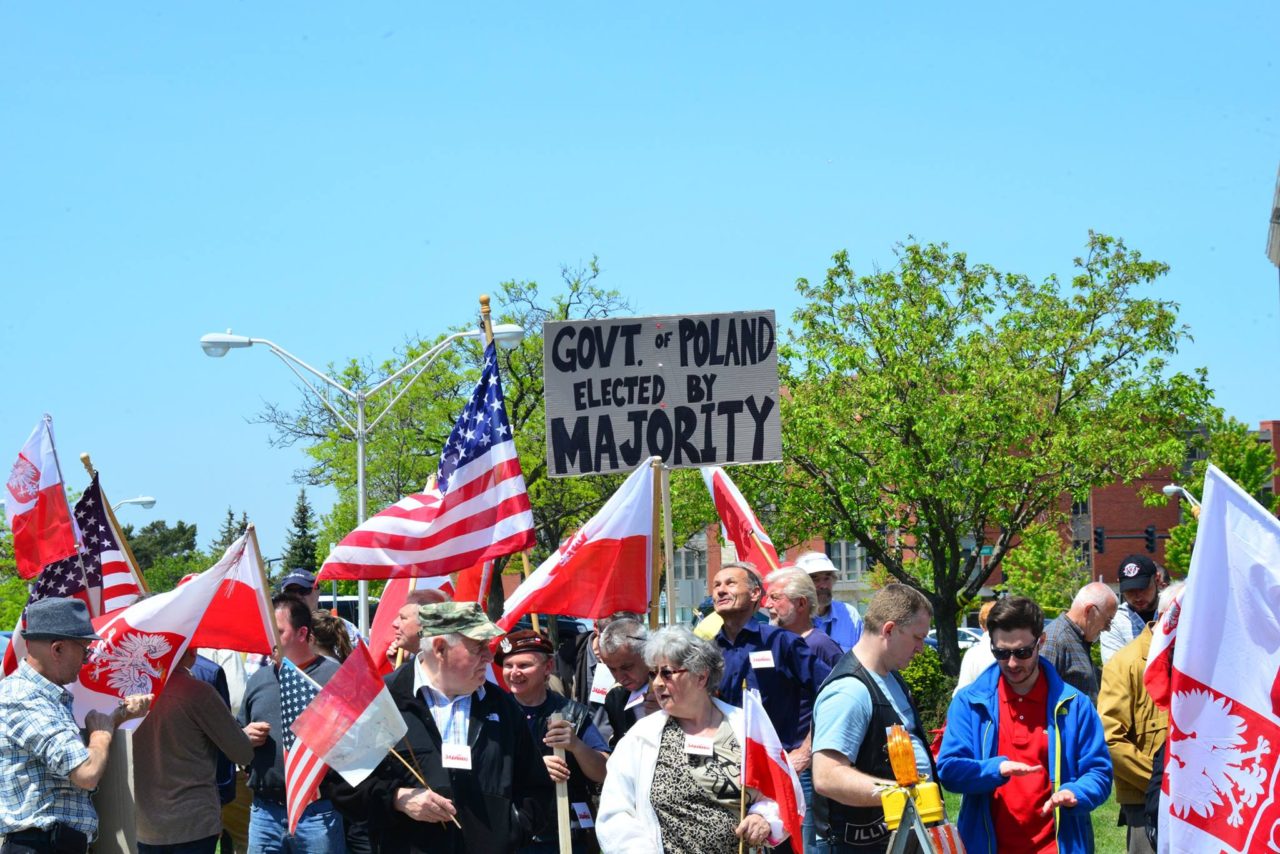 ‘Govt of Poland Elected by Majority’