LONDON, United Kingdom – The Black Lives Matter (BLM) movement in the UK is gathering pace, rallying outside the U.S. embassy last night to demand a “boycott of American business” and chanting “smash the racist pigs!”

“This is step one! What happened in Brixton when we locked it down for six hours was step one! It’s [going to] get harder and harder,” cried a young protestor over a loud speaker.

The rally was billed as “keep[ing] the fire alive and keep[ing] up the momentum like we have for the past few days in London,” after BLM brought a weekend of chaos to the British capital. 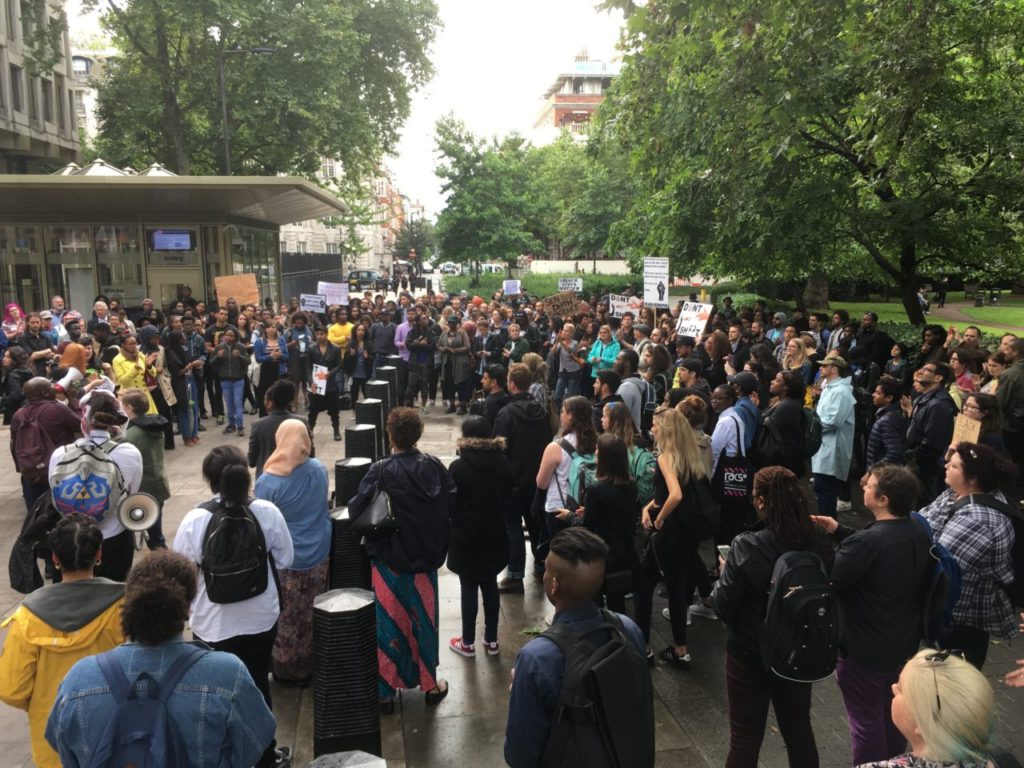 “We had thousands and thousand of people… there is a movement building,” said Jim Nickel, an activist who arrived with Stand Up To Racism boss Weyman Bennett.

“People are talking about doing boycott campaigns of U.S. businesses. There’s some iconic U.S. businesses – Tesla just round the corner… there is obviously Apple, who have some nice new buildings that we could have sit-downs in,” he said.

Later, he compared the boycott proposal to the Boycott, Divestment, and Sanctions (BDS) movement against Israel.

Whilst he did not “condone” the slaughter of white police officers, he said “self-defence is no offence”, before calling U.S. police “terroristic” and claiming that “black people are under military occupation” in the U.S.

Nickel also praised Malcolm X, “who said wherever you see a capitalist you see a bloodsucker”. 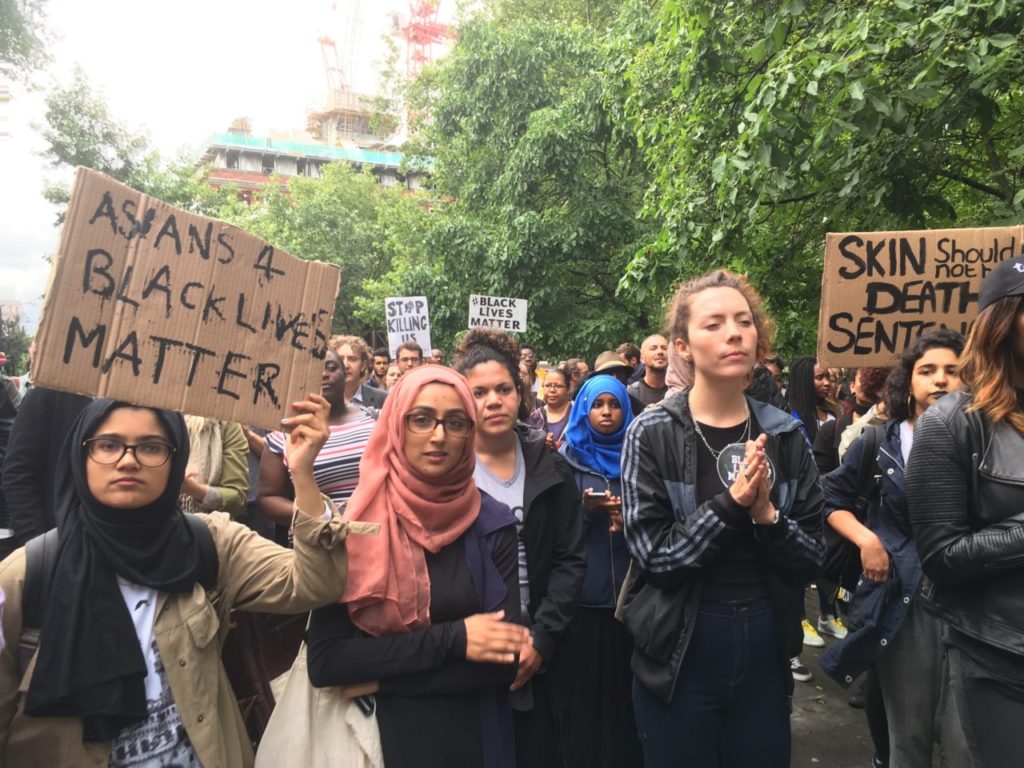 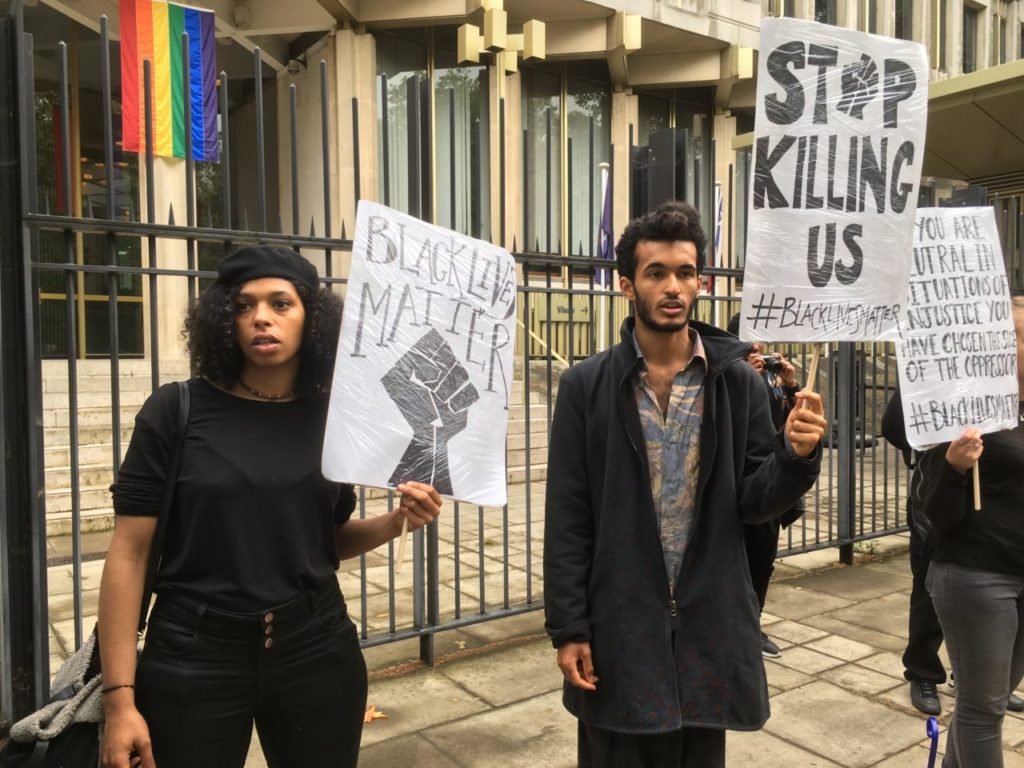 “When we see the murders in the United States; when we see refugees treated as second class citizens; when we see Muslims being told they’re suspects not students; then we have to turn [a]round and say there is something wrong with our society,” he stated.

Adding: “They tell us we have a housing problem and they blame refugees… and I tell you, immigrants and migrants have built this country.

“And as for Nigel Farage: if you don’t like a multiracial, multicultural society, you can fuck off right out of here… the truth of this is, we’re not going back. For the past couple of weeks [since Brexit] racists have thought they have got the right to come out,” he said. 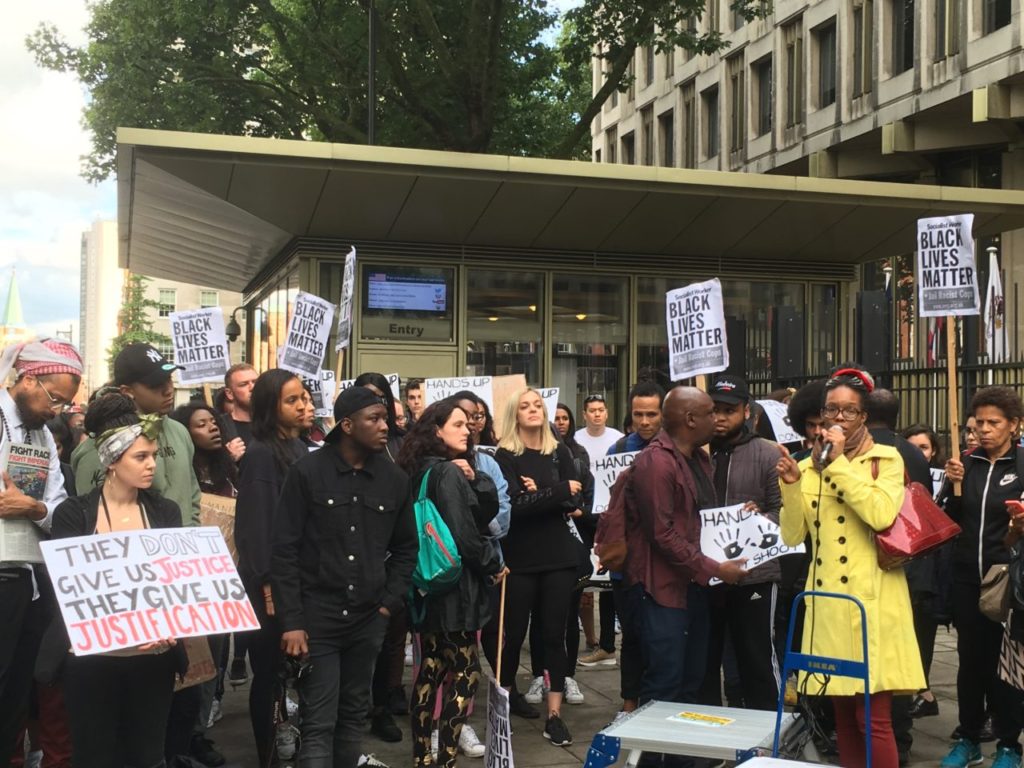 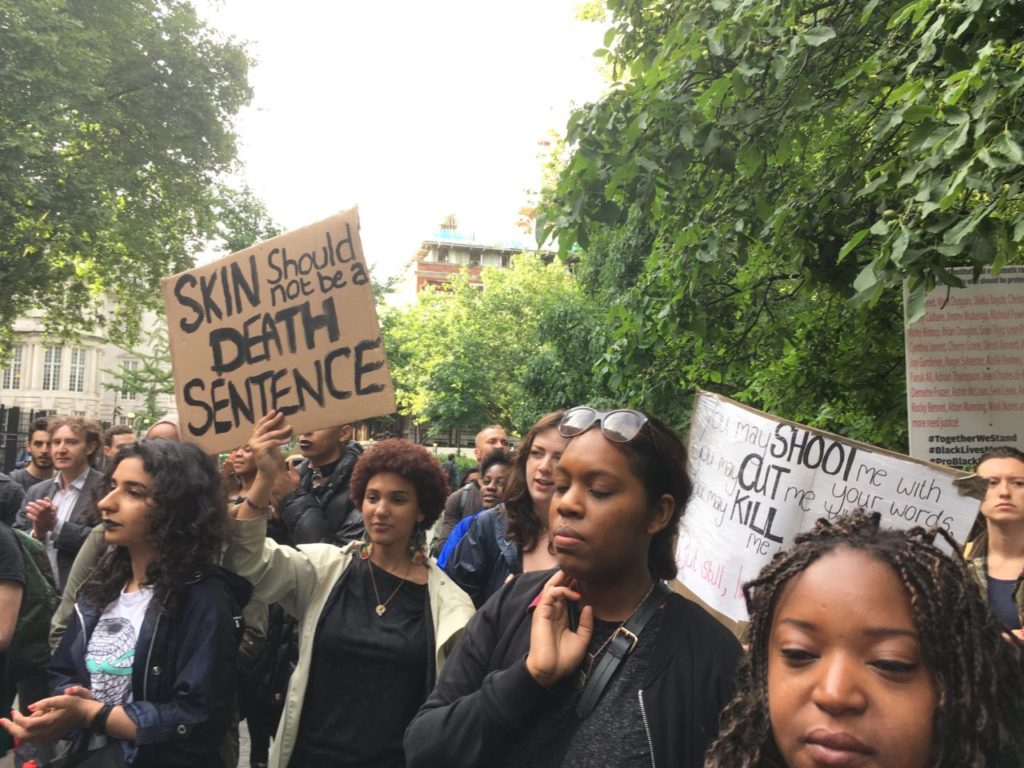 Mr. Bennett was photographed last year whipping up unrest in migrant camps in France. He explained to the crowd:

“I go every month to a place they call Calais… and a place called the Jungle… I keep looking at the children in the Jungle – do not tell me we live in a civilised society until those children are allowed to come to this country.”

On the topic of the Labour leadership contest, he said: “I’ve got a friend, his name is Jeremy Corbyn.

“And I’ll tell you who hasn’t come on it – Angela Eagle. I call her ‘Angela Sparrow’,” he blasted.

More marches have already been scheduled for the summer. 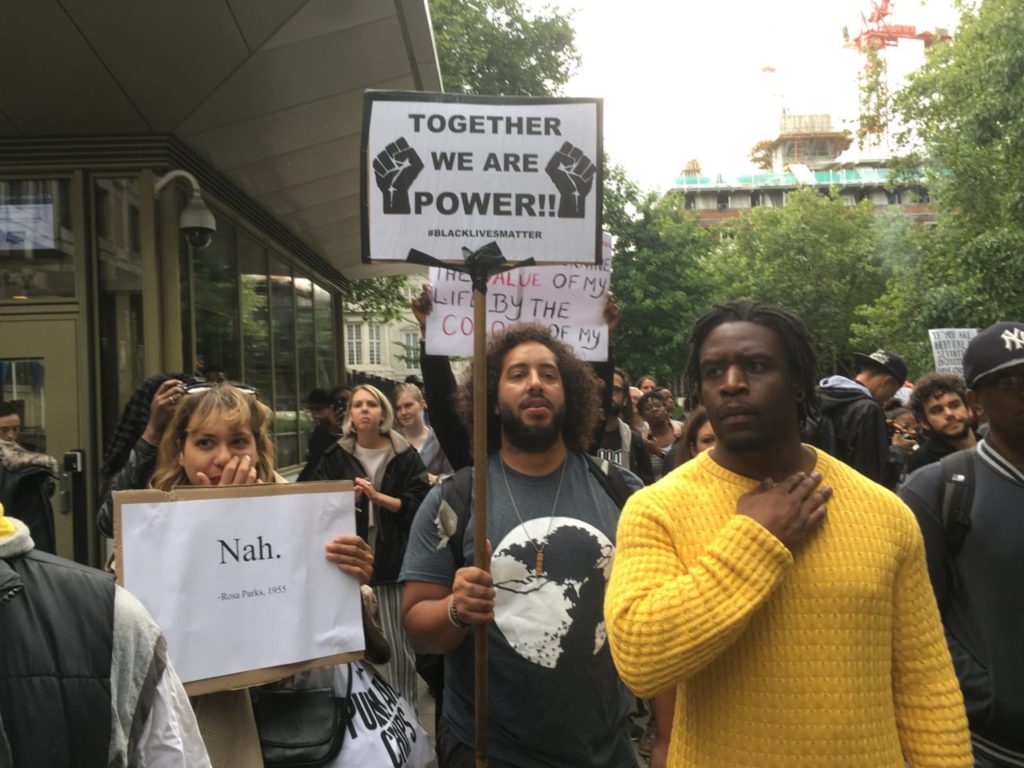 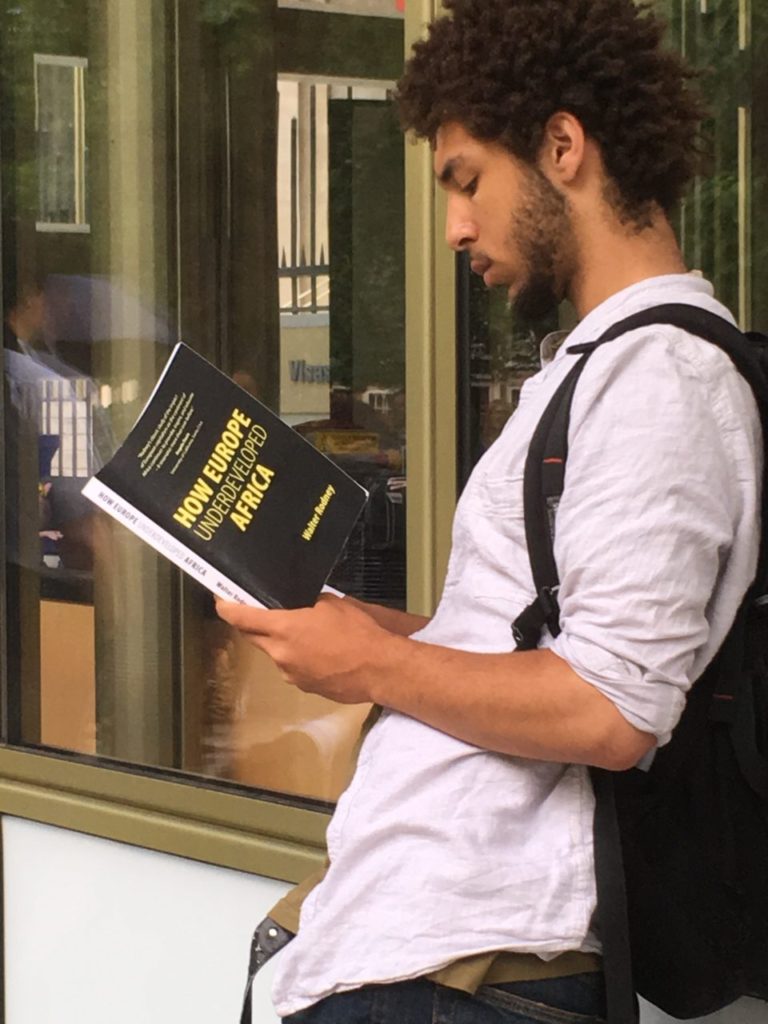 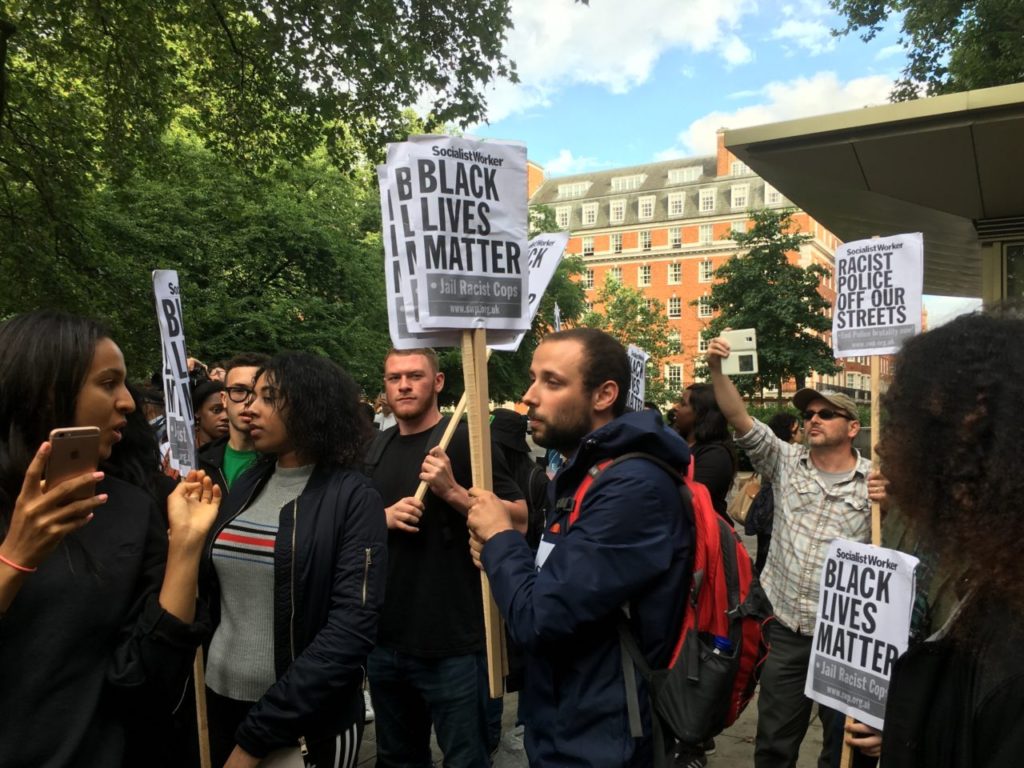 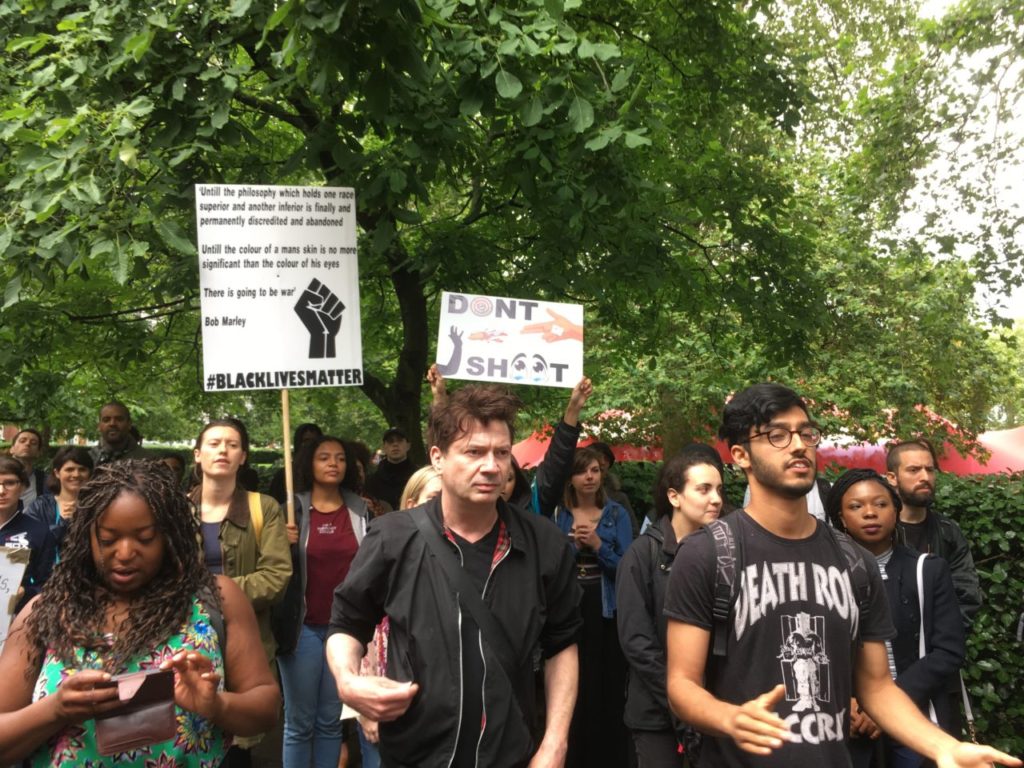 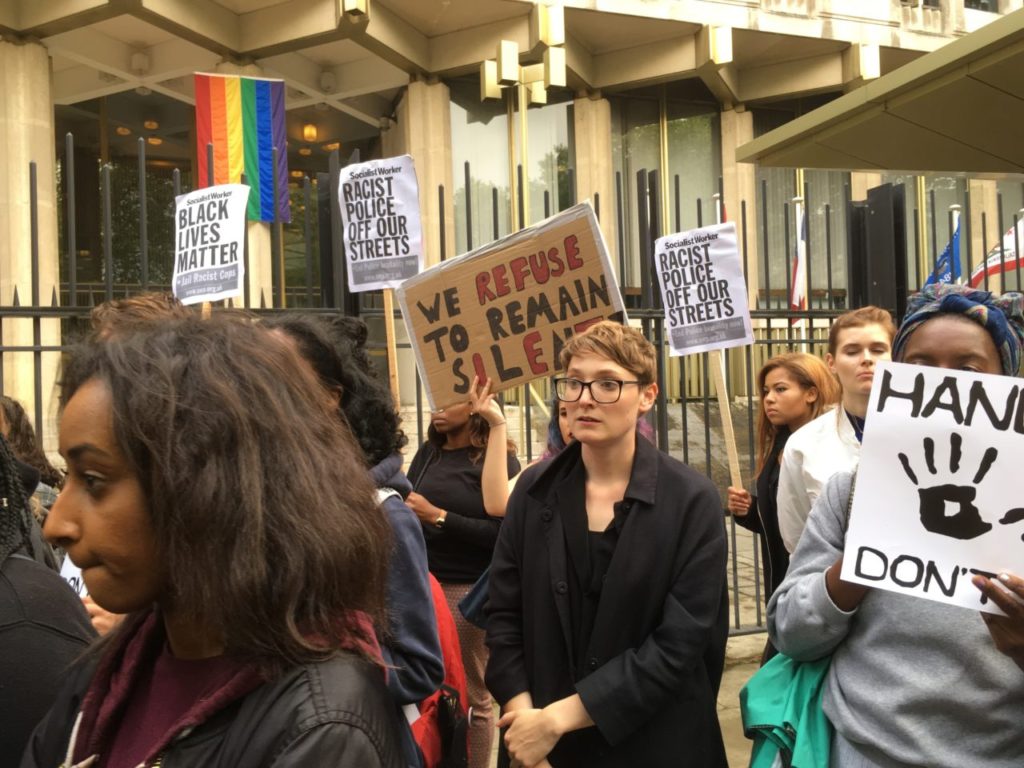