The French government has been accused of covering up the barbaric torture of victims of the Islamic State (IS) attacks on Paris in November.

A government committee has heard testimony, suggesting terrorists gouged out eyes, castrated victims, and shoved their testicles in their mouths in the Bataclan Theater, where 60–100 concertgoers were taken hostage and 89 died.

Critics claim the information was deliberately “suppressed” to minimise outrage in the wake of the attacks. Prosecutors, however, argued reports are “a rumour”, claiming that no knives were found at the scene and shrapnel could have caused the injuries.

“Bodies have not been presented to families because there were beheading people there, the murdered people, people who have been disembowelled. There are women who had their genitals stabbed”, an investigator told the committee. 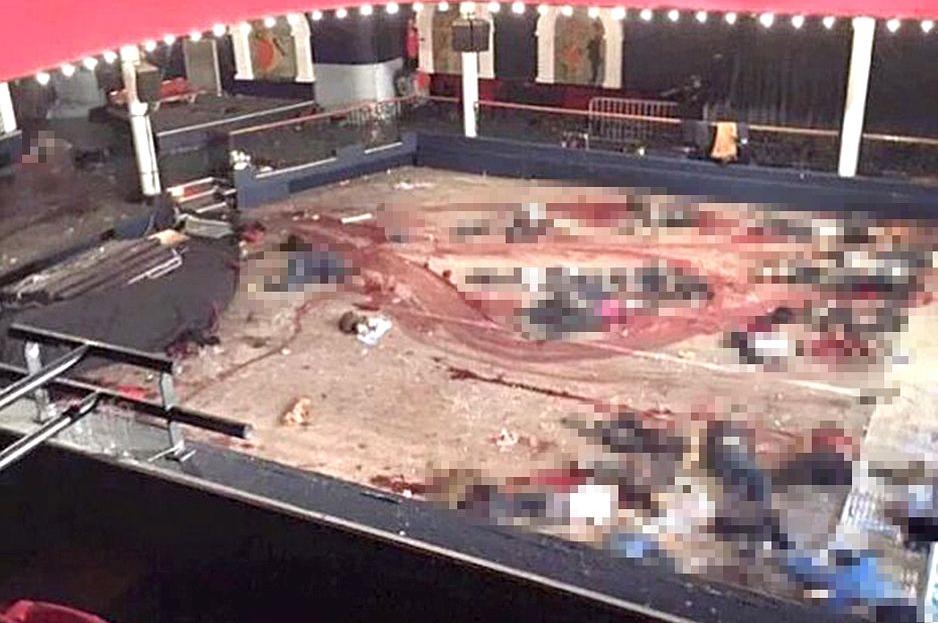 Inside the Bataclan Theater after the attack

The President of the Committee said, “the Committee is troubled by this information which has appeared nowhere [in the media]”, adding: “Thus, the father of one of the victims sent me a copy of a letter he sent to the investigating judge, which I quote in summary:

“On the causes of the death of my son A, at the forensic institute in Paris, I was told, and what a shock it was for me at that moment, they had cut off his testicles, had put them in his mouth, and he was disembowelled.

“When I saw him behind glass, lying on a table, a white shroud covering it up to the neck, a psychologist was with me. He said: This is ‘the only presentable part, your son’s left profile.’ I found that he had no right eye. I made the remark; I was informed that they had punctured his eye and sliced down the right side of his face, where there was a very large hematoma that we could all see.’”

The prosecutor replied by acknowledging the horrific mutilation, but suggested it was caused by other means. He could not explain, however, how the man’s testicles came to be in his mouth. He said:

“I specify, for the sake of clarity: some of the bodies found at the Bataclan were extremely mutilated by the explosions and weapons, to the point that it was sometimes difficult to reconstruct the dismembered bodies.

“In other words, injuries described this father may also have been caused by automatic weapons, by explosions or projections of nails and bolts that have resulted.”

When asked: “Would those have put a man’s balls in his own mouth?” he simply replied: “I do not have that information.”

Despite the alleged censorship, two days after the attack, on the 15th of November 2015, some of the rumours of torture did make it out into the press.

Mariesha Payne and her best friend, Christine Tudhope, survived the  shooting by hiding in the basement for three hours. While there, they heard screams of victims.

“We knew people were being tortured in the theatre because we heard people screaming, but they were not being shot and these were singular screams,” she told the Daily Mail.

Adding: “When we escaped, a man trapped on the level where it happened said to us the terrorists were stabbing people in the stomach. We were told they were throwing explosives at people. It was a horrendous ordeal”.