A Muslim convert and “bodyguard” for Islamic State-supporting hate preacher Anjem Choudary has been found guilty of attacking a boy seen cuddling his girlfriend when on a “Muslim patrol”.

Michael Coe, 35, was convicted of Actual Bodily Harm and is facing a custodial sentence after attacking the 16-year-old in the street in East London this April.

He allegedly demanded to know if the couple were Muslim, called the girl, also 16, a “whore” and knocked the boy unconscious, the Evening Standard reports.

He told the boy, “let that schoolgirl go”, and said: “How would you like it if your sister was cuddling?” When they replied, he added: “Why am I wasting my time with you if you are not Muslim?”

Mr. Cole has a long, violent history, including threatening an officer with a knife, and was “radicalised” by al Qaeda terrorist Dhiren Barot when in prison before adopted the name Mikael Ibrahim, the court heard. 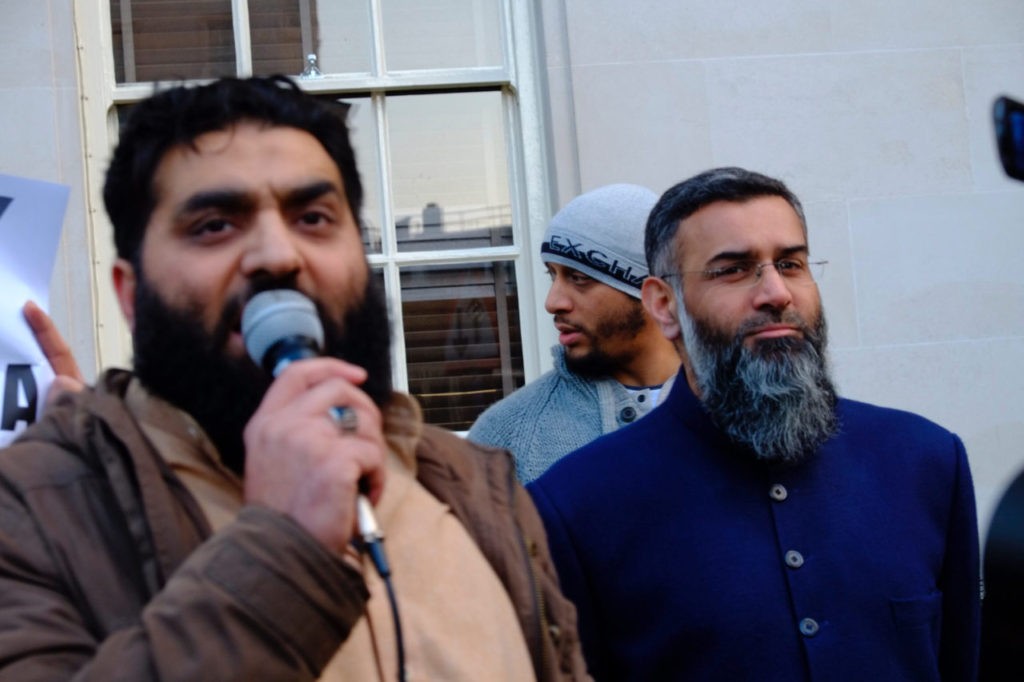 Michael Coe behind Anjem Choudary at demonstration in London against the Pakistani government. Also in attendance was “Jihadi Sid”, also know as the “the new Jihadi John”.

Jurors also heard that he was part of Mr. Choudary’s inner circle and had attended many radical demonstrations. Mr. Choudary was convicted of supporting Islamic State earlier this month and faces up to a decade in jail.

Judge Michael Gledhill QC said Coe was acting as a “self-appointed enforcer” of his Islamic values, and he had been involved in a “strikingly similar” incident in 2013.

“He saw two people he assumed were Muslim behaving as young people lawfully and frequently do in every town and every street in this country”, said the judge.

“Having seen them cuddling he took offences because he thought they were Muslims and to his way of thinking Islam prohibits such behaviour.

“He stopped to reprimand them, acting as a self-appointed enforcer of how he thinks the Muslim religion should be conducted.”

The judge added that Coe “poses a very high risk of committing further offences of violence” when free from prison, and will consider a lengthy prison term when sentencing Coe. 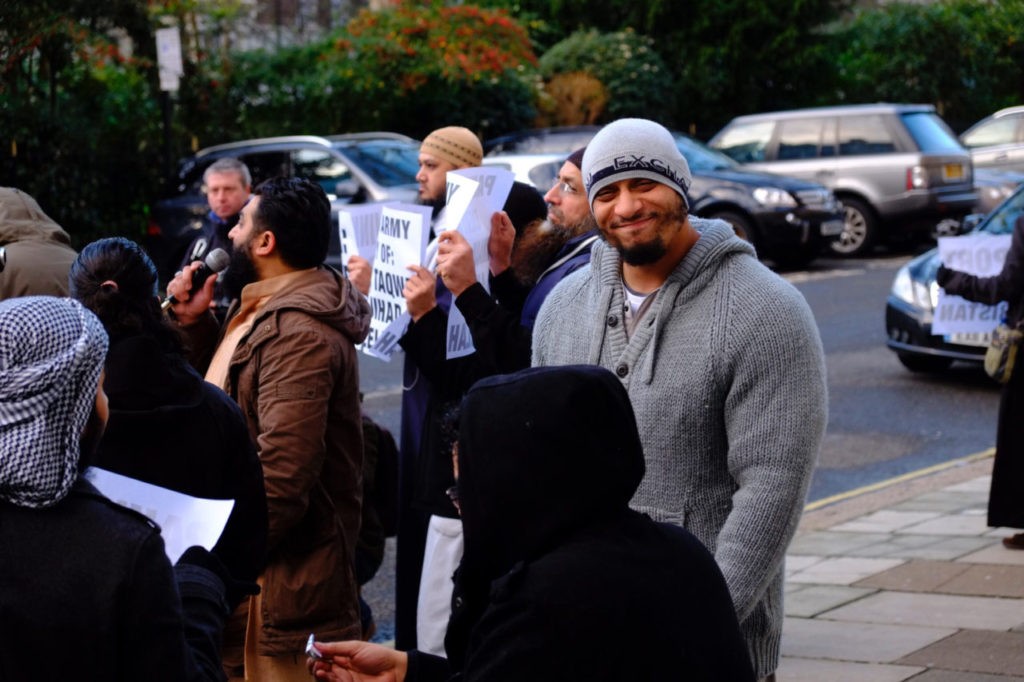