One week from the Dutch elections, the leader of the mainstream conservative party has demanded all school children sing and “respect” the national anthem, in a sign that populist Geert Wilders is pulling political discourse to the right.

The strong defence of national identity comes after Mr. Rutte published an open letter in January calling for a return to “common decency” and demanding migrants “act normal”. He added: “If you don’t like it here in this country, get out, get out!”

This surprising rhetoric from a liberal leader was defended this week by MP Anne Mulder, from the prime minister’s People’s Party for Freedom and Democracy (VVD). 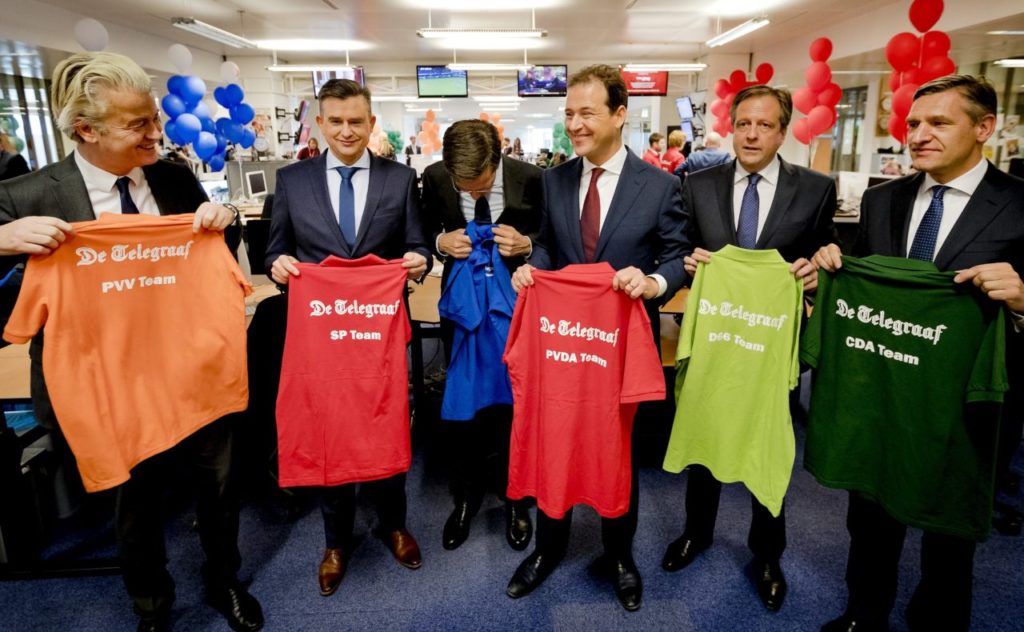 “Normal is that you behave normal, like you don’t kick policemen, they are tolerant, that’s what we call normal,” Mr. Mulder told Channel 4 News Monday.

He also refused to deny his party agreed with many of Mr. Wilders’ policies but insisted:

“The big difference between us and Mr. Wilders is that he is shouting… what we are doing is solving problems instead of shouting. It’s about: ‘Is my country still my country?’”

Polls suggest all is still to play for in the up-and-coming election, with the several parties expected to win a significant number of seats in the 150-seat parliament.

According to the latest Peil.nl poll, published on Friday, Mr. Wilders is set to win 25 seats, down from 29 seats a week ago. The liberal VVD are projected to get 24 seats, down one seat.

The gap between the two front-runners and other parties is narrowing, with the CDA and Alexander Pechtold’s Democrats 66 each gaining 3 seats on the week, to 21 seats and 17 seats respectively. The survey also suggested the Greens could win 17 seats.

However, it is still very unlikely that Mr. Wilders will become prime minister as other leaders have said they will refuse to form a coalition with him, despite copying his policies.