(AP) – A Swedish prosecutor says a person has been formally identified as a suspect “of terrorist offenses by murder” by driving a hijacked truck into a crowd of pedestrians, killing four people and wounding 15 others.

The prosecutor, Hans Ihrman, said Saturday that the unidentified suspect should face a pre-trial custody hearing before midday Tuesday or be released.

Ihrman and police spokesman Lars Bystrom said only one person had been arrested in the case.

The Aftonbladet newspaper and Swedish radio reported that the suspect is a 39-year-old man from Uzbekistan. Police were not immediately available for comment on the report. 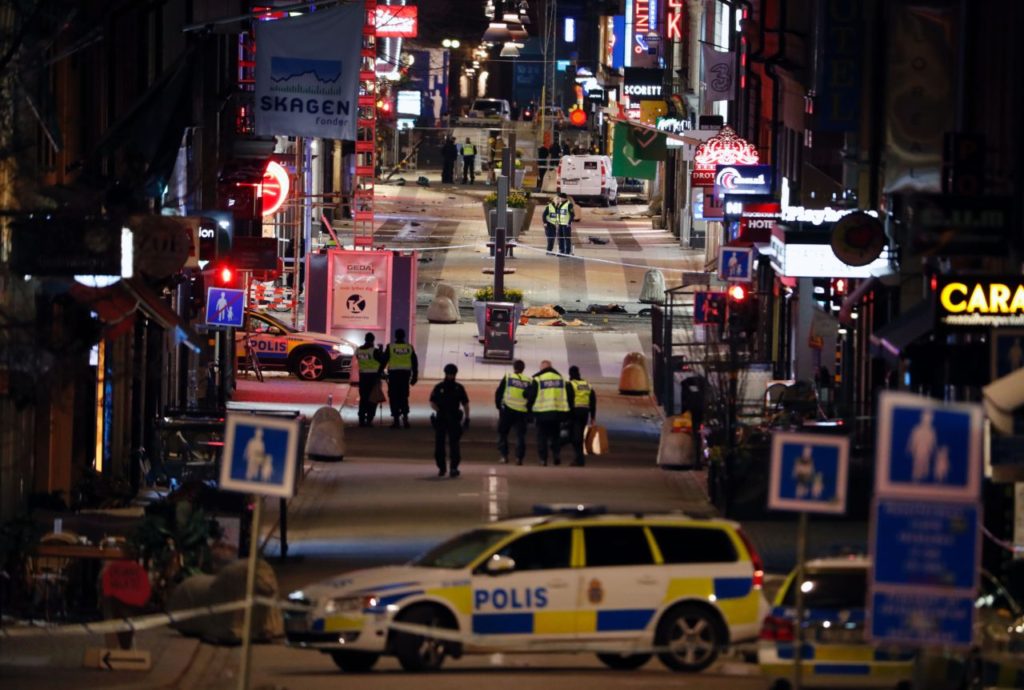 TOPSHOT – Police work at the scene in to the night after a truck slammed into a crowd of people outside a busy department store in central Stockholm, causing “deaths” in what the prime minister described as a “terror attack” on April 7, 2017. / AFP PHOTO / Odd ANDERSEN (Photo credit should read ODD ANDERSEN/AFP/Getty)

Earlier, Swedish police said the man they arrested “resembles the person we earlier have sought after” in the truck attack.

“We do not comment on what we have seized,” said Bystrom, declining to confirm or deny media reports that a bag with some kind of explosives had been found in truck.

Police say the suspect isn’t necessarily identical with the man seen in photos released after the incident.

There was no immediate claim of responsibility for the attack. 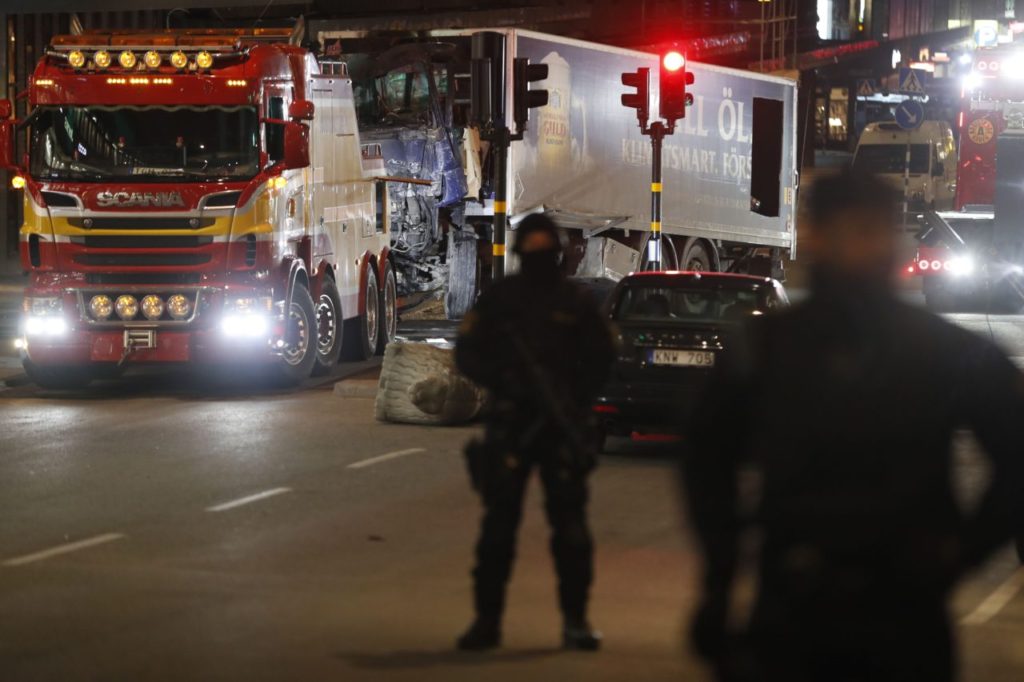 A tow truck on April 8, 2017 removes the stolen truck, which was driven through a crowd outside a department in Stockholm on April 7, 2017. (ODD ANDERSEN/AFP/Getty Images)

The stolen beer truck traveled for more than 500 yards (meters) along a main pedestrian street known as the Drottninggatan before it smashed into a crowd outside the upscale Ahlens department store about 3 p.m. Friday.

It came to rest in the entrance to the building. TV footage showed smoke coming out of the store after the crash.

“People were screaming and running in all directions,” said Brandon Sekitto, who was in his car nearby. “(The truck) drove straight into the Ahlens entrance.”

“I saw the driver, a man in black who was light around the face,” Brandon told Swedish daily Dagens Nyheter. ”Some women were screaming, ‘Run! Run!’”