The 32-container train, around 600 metres (yards) long, left from the vast London Gateway container port on the River Thames estuary, bound for Yiwu on the Chinese east coast.

It was seen off on its 18-day, 12,000-kilometre (7,500-mile) journey with a string quartet, British and Chinese flags, and speeches voicing hope that it will cement a new golden age of trade between the two countries as the UK leaves the European Union.

The first train from China to Britain arrived on January 18, filled with clothes and other retail goods, and Monday’s departure was the first journey in the other direction.

The rail route is cheaper than air freight and faster than sea freight, offering logistics companies a new middle option.

The driver gave a thumbs-up and tooted his horn as he got the wagons rolling at the port in Stanford-le-Hope, east of London. 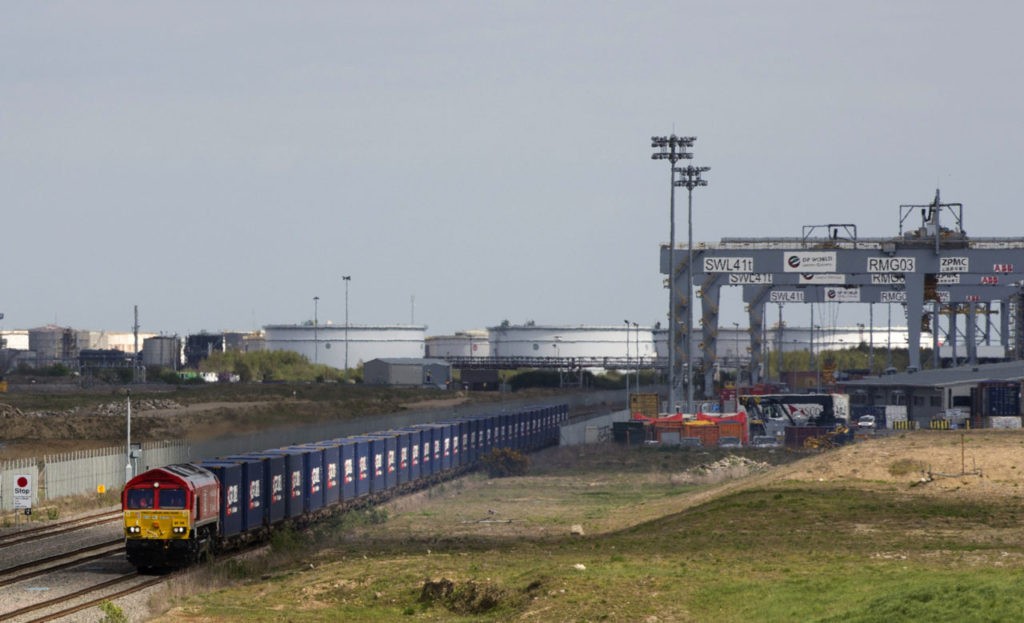 A freight train transporting containers laden with goods from the UK, departs from DP World London Gateway’s rail freight depot in Corringham, east of London, on April 10, 2017, enroute to Yiwu in the eastern Chinese province of Zhejiang. ISABEL INFANTES/AFP/Getty)

The train will go through the Channel Tunnel before travelling across France, Belgium, Germany, Poland, Belarus, Russia and Kazakhstan before heading into China.

The containers will be taken off and put on different wagons at the Belarus border, as the former Soviet Union countries use a wider rail gauge.

The containers switch back to standard gauge rails at the Chinese border, an operation that typically takes around two hours.

“We are proud to be able to offer the first ever UK to China export train,” said Xubin Feng, the chairman of Yiwu Timex Industrial Investment.

“Restoring the ancient Silk Road as a means by which China, north Europe and now the UK can exchange goods is an important and exciting initiative.

“This is the first export train and just the start of a regular direct service between the UK and China. We have great faith in the UK as an export nation and rail provides an excellent alternative for moving large volumes of goods over long distances faster.”