LONDON (AP) – Oxfam’s leadership apologised Tuesday for downplaying the significance of a sexual misconduct scandal in Haiti and sought to stem the tide of cancelled donations.

“I am sorry, we are sorry, for the damage Oxfam has done both to the people of Haiti but also to wider efforts for aid and development by possibly undermining public support,” he said. 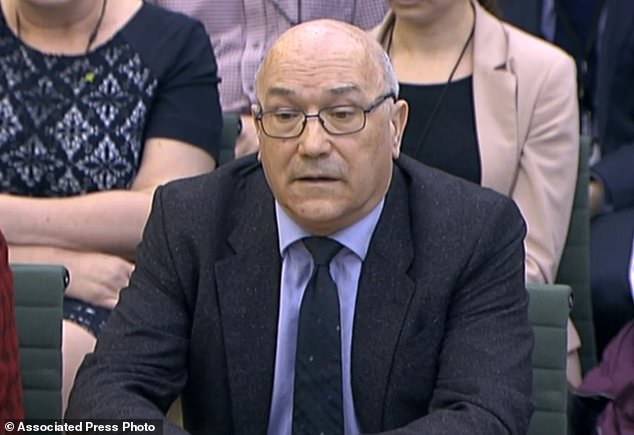 In this image taken from video, Mark Goldring, CEO of Oxfam GB, gives evidence before the Commons Development Committee at Portcullis House, London, Tuesday Feb. 20, 2018. British lawmakers are set to question officials of two anti-poverty charities Tuesday amid concern sex predators are targeting aid organizations because of the chaotic environments in which they work. (PA via AP)

The committee called the urgent session amid fury over Oxfam’s response to allegations that some of its staff in Haiti used prostitutes, including some who may have been minors. The scandal has shaken the aid group to the core, with the government suspending funding for the agency.

In addition, Oxfam said Tuesday that about 7,000 individual donors have cancelled regular donations in the past 10 days and some corporate sponsors are reserving judgment.

Seven Oxfam workers were fired or resigned after a whistleblower accused staff members of misconduct while working in Haiti after the 2010 earthquake that devastated the country. Government officials and Britain’s charity regulator have said that Oxfam didn’t tell them the allegations included sexual misconduct until Britain’s Times newspaper revealed details of the case earlier this month.

Goldring said that with hindsight, the charity’s leaders made the wrong call at the time of their initial investigation about how much information to give to the public and government authorities. But he said he believed those decisions were made in the interest of continuing vital aid to desperate people.

“At the time, I suspect there was a balance of saying ‘Oxfam is delivering life-saving assistance to a million people in Haiti … We have got to keep that work going’,” he said.

British lawmakers also questioned officials from Save the Children UK amid concern sex predators are targeting aid organisations because of the chaotic environments in which they work.

CEO Kevin Watkins said the organisation had produced two reports warning that “predatory men” were seeking to use aid work as an opportunity for abuse. The reports underscored the imbalance of power between gatekeepers of food, shelter and security and that those in need of aid.

“I have seen it argued that if you work in a difficult and dangerous place, you should somehow be subjected to a different set of rules, that the standards should be lower,” he testified. “There is only one rule that should apply to our mission and our organisation. That is that you treat other people as you would expect to be treated yourself.”