The building with 18 apartments collapsed early Sunday in the western city of Poznan, most probably as a result of an explosion, authorities said.

Magdalena Mazur-Prus, a spokesman for the regional prosecutors’ office, would not confirm unofficial media reports, including by the state PAP agency, that one of the victims had been murdered before the collapse and that explosives might have been used to cover up the crime.

Still, she would not exclude that the building could have faced an “intentional” attack.

The news outlet wPolityce.pl said, citing anonymous sources, that a woman had been decapitated some time before the building crumbled. 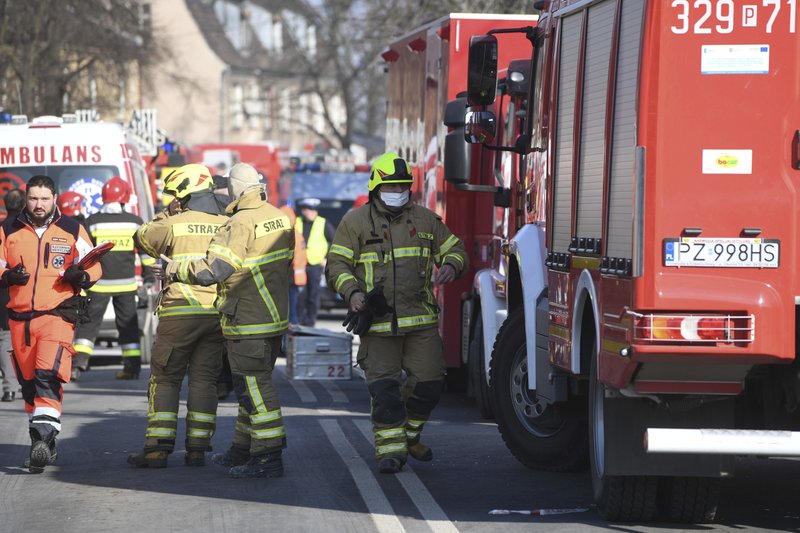 Firefighters and rescuers work at the scene of a building collapse in Poznan, Poland, Sunday, March 4, 2018. (AP Photo/Str)

Earlier Monday, firefighters found the body of a fifth victim in the rubble and rescued a little dog. Rescuers with trained dogs have been searching in sub-freezing temperatures through the debris since the building collapsed.

The explosion of a gas cylinder was considered to be a possible reason why the building was destroyed. Gas service to the site was cut off and the remaining part of the building was closed.

City authorities said 21 people were injured in the blast, four of whom remain hospitalized.

Prime Minister Mateusz Morawiecki sent his sympathies to the families of the victims and wishes of a quick recovery to the injured.