Modern architects have begun circling the charred remains of Notre Dame, proposing that it should not be faithfully restored, but rebuilt with “contemporary” features such as a glass roof, steel spire, or even a minaret.

With leading academics and professionals in architecture generally being hostile to building or restoring anything in styles predating the infamous Le Corbusier (Charles-Édouard Jeanneret) and the Bauhaus school, they were quick to pounce when President Emmanuel Macron’s prime minister announced there would be a competition to “ask the question of whether we should even recreate the spire as it was conceived… Or if, as is often the case in the evolution of heritage, we should endow Notre-Dame with a new spire”.

The Telegraph published an article claiming it would be a “travesty” to restore Notre Dame as it was just a day after the fire, while Rolling Stone quoted a Harvard architecture historian as saying that the burning of a building “so overburdened with meaning… feels like an act of liberation.”

Now proposals for a new spire are beginning to come together, and leading architects do indeed appear to be pushing for a “contemporary” replacement in the ubiquitous glass and steel style used for modern buildings all over the world.

Me: Guys they're not actually going to do a horrible modern redesign of Notre Dame, please get a grip

Lord Norman Foster, arguably Britain’s most famous modern architect, has unveiled a design topping the ancient cathedral with a glass and steel canopy with a featureless glass and steel spire, which he describes as “a work of art about light” which would be “contemporary and very spiritual and capture the confident spirit of the time” in comments to The Times.

Ian Ritchie, a modern architect most famous for the so-called Spire of Dublin — a metal spike erected in the Irish capital — is mulling a proposal along similar lines, which he describes as “a refracting, super-slender reflecting crystal to heaven” or a “beautiful contemporary tracery of glass crystals and stainless steel” — i.e. a featureless glass and steel spire. 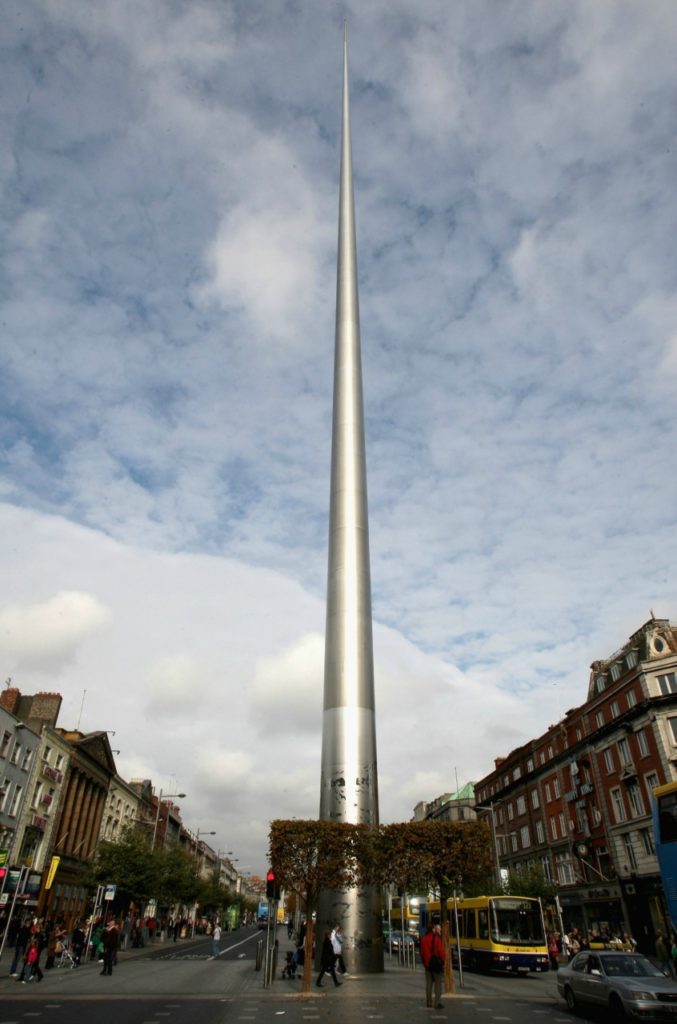 Perhaps most controversial is a proposal in Domus, the architecture magazine, by Tom Wilkinson, for the fallen spire to be replaced with an Islamic minaret, to memorialise Algerians who protested the French government in the 1960s.

“These victims of the state could be memorialised by replacing [the spire] with – why not? – a graceful minaret,” Wilkinson insisted.

“Macron said Notre Dame will be rebuilt consistent with our modern, diverse nation. That should be setting off alarm bells.” – Father @benedict_kiely reminds us that Notre Dame is a cathedral. Hear the interview on the latest #LauraIngrahamPodcast https://t.co/uDHSeCIbmQ pic.twitter.com/Tu8iNjkvgR