The four men who were alleged to have been involved in the shooting of Black Lives Matter activist Sahsha Johnson have seen the charges against them dropped over an apparent lack of evidence.

Sasha Johnson, a mother of two young children, was shot in the head in May of last year while attending a house party in South London. The BLM activist, who described herself as the “Black Panther of Oxford”, remains in hospital to this day after reportedly suffering “catastrophic” injuries.

Four men, Prince Dixon, 25, Troy Reid, 20, Cameron Deriggs, 19, and Devonte Brown, 19, had been charged in connection to the shooting. All of the men plead not guilty to conspiracy to commit murder as well as to gun charges levelled against them.

The trial at the Old Bailey had been scheduled to commence on March 7th, however, the Crown Prosecution Service (CPS) announced on Tuesday that they were forced to withdraw the charges against all four men and the presiding judge in the case, Mr Justice Hilliard has recorded formal not guilty verdicts for all the former defendants, the BBC reported. 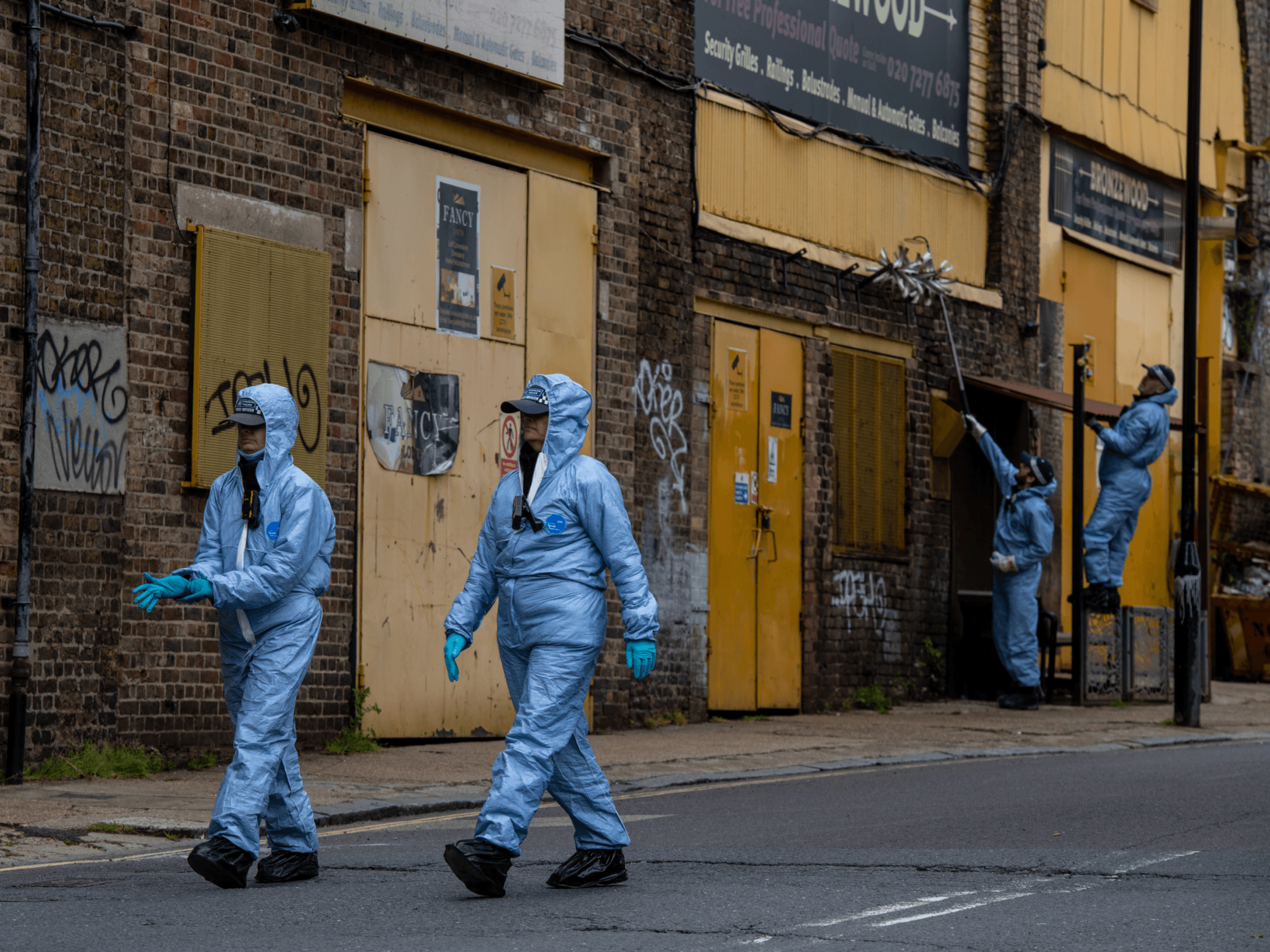 LONDON, ENGLAND – MAY 24: Police forensic officers on Consort Road as they investigate the shooting of Sasha Johnson on May 24, 2021 in London, England. Photo by Chris J Ratcliffe/Getty Images

The prosecutor tasked with the case, Mark Heywood QC said that he could not disclose the full reasons why the charges had to be dropped. However, he said that because the four men who entered the residence and fired a weapon at the attendees of the party were wearing balaclavas during the attack, it had proven impossible to verify their identity.

While the Crown alleged that the four masked men were the same as the defendants, there was not enough evidence to connect them to the shooting. The case, the prosecutor said, comprised in the end of circumstantial evidence from CCTV footage and cell phone data which pointed to them having planned an attack with “murderous intent” against at least one of the people at the party.

Mr Heywood also claimed to have evidence that there had been a “falling out” between Mr Deriggs and Mr Brown and two 18-year-olds who lived at the house.

Despite having recently installed security systems and having a guard placed at the gate of the house during the night of the shooting, the unidentified masked men were able to enter the party, with one carrying what is believed to have been a Glock 9mm pistol.

Johnson, Heywood said, was in attendance because she was in a relationship with one of the other members of the household.

Despite early conjecture of a political motive for her shooting, including from leftist Labour Party MP Diane Abbott, the court heard that the prosecution did not believe it was a politically motivated attack against Johnson.

WATCH: BLM Activist Calls for Revolution in the UK, Saying: ‘The Police Is No Different from the KKK’ https://t.co/20iuJbgTQ4 pic.twitter.com/ZR4R1fEU6z

Sasha Johnson was a frequent face during the resurgent Black Lives Matter protest movement in Britain in 2020 following the death of George Floyd in America. The self-described “Black Panther” rose to national attention following the publication of a Breitbart London viral video in which she said British police are “no different than the KKK”.

The far-left activist went on to become one of the founders of the Taking The Initiative Party (TTIP), initially described as “the first black-led political party in the UK” — though she would go on to clarify the party was merely “black founded”.

Sasha continued to court controversy. In April of last year, a report from Breitbart London revealed that Ms Johnson called for the “hanging” of  “house negroes” in response to a government report on racism organised by Jamaican heritage Tony Sewell.  Days later, Johnson’s comments were seemingly denounced on the floor of the House of Commons by then-Equalities Minister Kemi Badenoch, who chastised the left for using such racial slurs against black conservatives, like herself, to shut down debate.

While she was a mainstay at Black Lives Matter and other African-centric protests in London, prior to her shooting, Johnson also attended several anti-lockdown demonstrations. After she was arrested by Met Police officers for allegedly violating the lockdown last year, Sasha said in her typical fiery fashion: “Some of you on Twitter are like ‘oh yeah, glad she got arrested’, bitch, it’s you next.”