Radical leftists erected warzone-syle barricades to block Portland, Oregon, police from enforcing an eviction order on the occupants of what is known as “the Red House on Mississippi.” The barricade is at least three blocks wide and in some places consists of a six-layer fence and barricade.

Earlier this week, protesters repelled Portland police officers to came out to assist the local sheriff’s office in serving a legal eviction order on a foreclosed house. As officers arrived, protesters fought back violently and repelled the officers, Breitbart News reported. 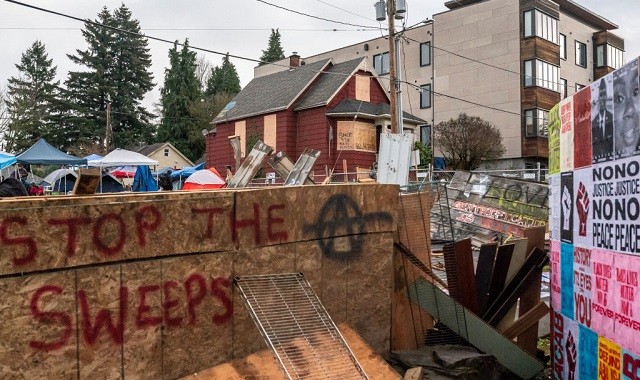 Portland’s Democrat Mayor Ted Wheeler, recently re-elected in a runoff election, promised to restore order and pledged, “There will be no autonomous zone in Portland.” 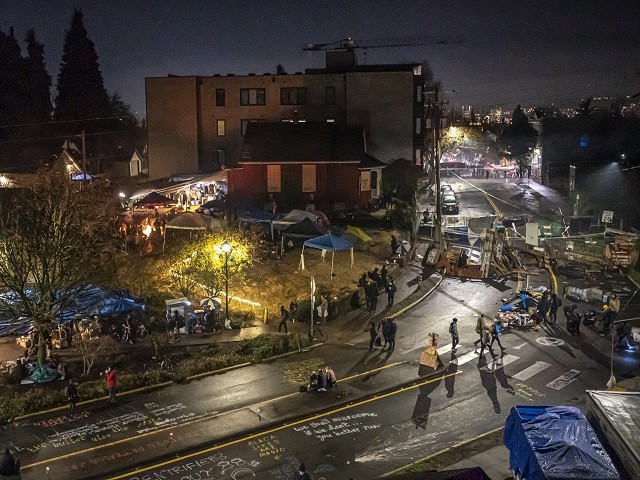 Two days later the leftists continued to illegally occupy the newly established autonomous zone and expanded it to its now three-block diameter. Portland Police Bureau Chief Chuck Lovell said his department was aware of a “stockpile of weapons” and the “presence of firearms.” 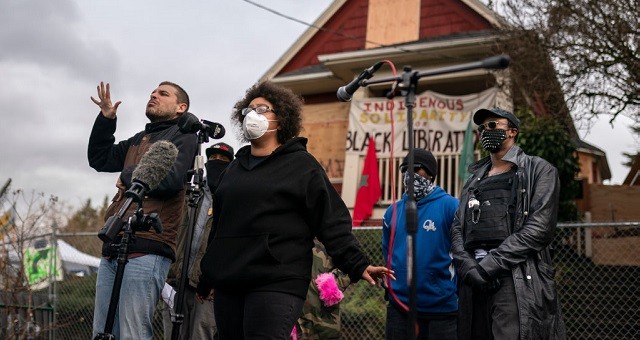 On Thursday, Chief Lovell said, “The Portland Police will enforce the law and use force if necessary to restore order to the neighborhood.”

Despite the threats from the mayor and police chief, leftists continued reinforcing the autonomous zone and erected multi-layer border walls to slow down any police action. 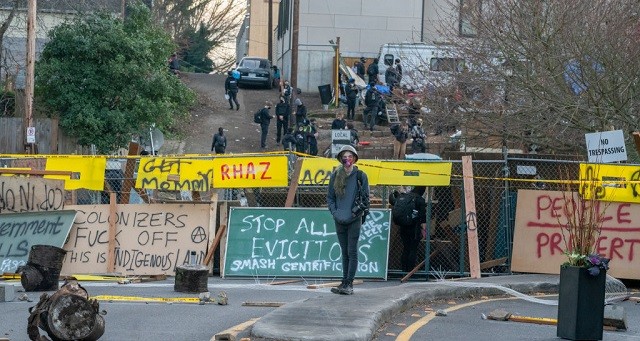 As of Sunday morning, the barriers remain in place. 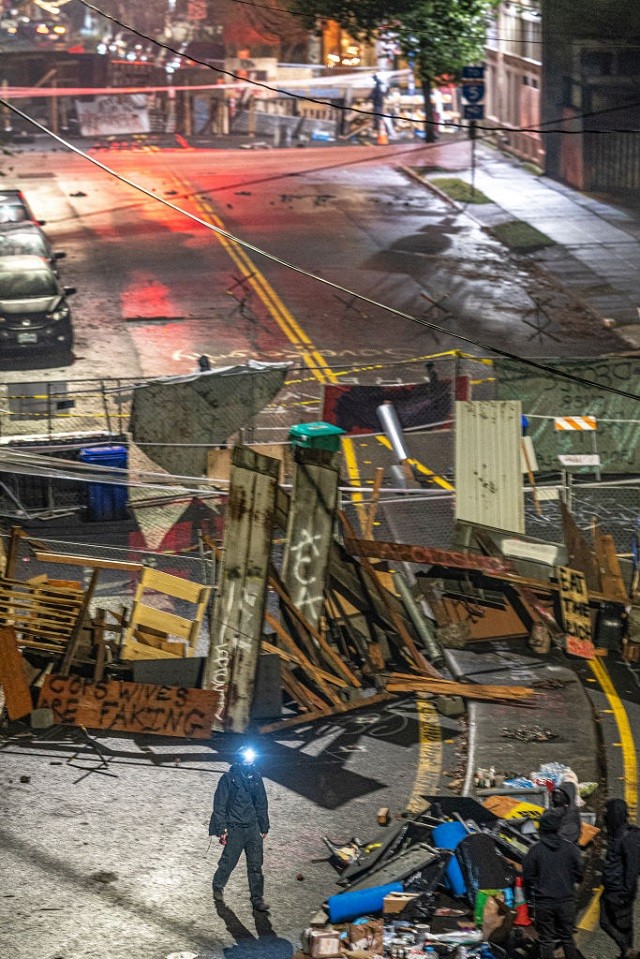 Reports indicate an agreement may have been reached between the leftists and the city. Tweets circulated on social media asking people to come help take down the barricades and clear the streets. 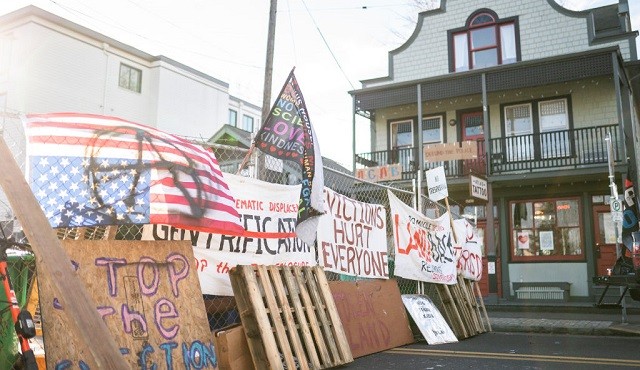 “Barricades that had blocked a stretch of North Mississippi Avenue reportedly were coming down Sunday morning after a Black and Indigenous family fighting to save their North Portland house lost to foreclosure struck a tentative deal with city officials.,” the Oregonian reported.

Mayor Weeler’s office did not confirm the agreement with the local newspaper.

The Oregonian reported that crowd-sourcing donors raised more than $300,000 for the evicted family who reportedly owns another home where they currently live nearby. The current owner, who purchased the home in a 2018 foreclosure auction said he is willing to sell the home to the former owners. It is not known if that is the current deal that has reportedly been reached.