SANTA MONICA — Former Secretary of State Hillary Clinton has won the California primary, taking nearly 56% of the vote, with 99.5% of precincts reporting as of 5:00 a.m. California time. Sen. Bernie Sanders (I-VT) won just over 43% of the vote.

The late-night win provides Clinton with an important symbolic boost. She had already sewn up the Democratic Party’s presidential nomination the day before the California primary, adding to her delegate majority with a large win in the New Jersey primary.

Sanders’s hopes for mounting a campaign to convince the party’s “superdelegates” to switch sides had rested on winning California and demonstrating that Clinton did not have the loyalty of her party’s broad constituencies. That effort is now very much in doubt, and Sanders will come under tremendous pressure to quit the race — though he vowed, in his speech to supporters late Tuesday night, to keep fighting onward through the Democratic National Convention in July. 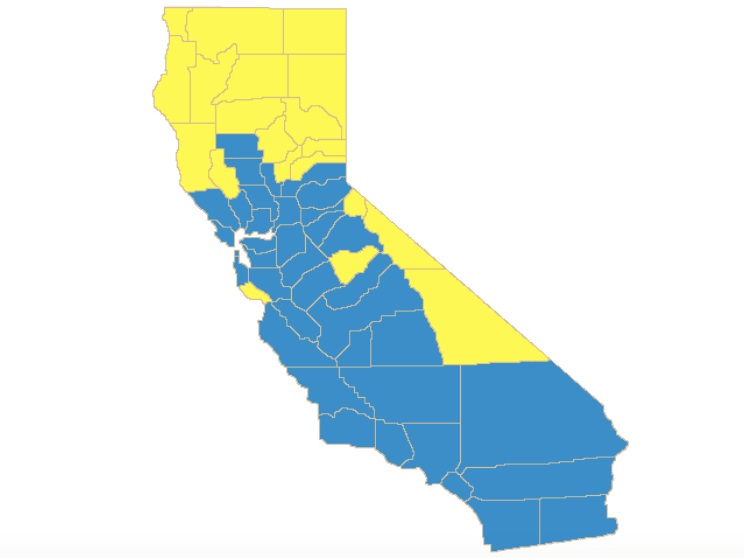 A map of the state’s Democratic primary results (see above) reveals a tale of two states. Sanders won the northern portion of the state, plus Santa Cruz, Mariposa, and two counties bordering Nevada. Clinton swept the state’s major metropolitan areas, the Central Valley, the Inland Empire and Southern California. Though polls showed the two candidates neck-and-neck in the closing days of the race, Clinton out-performed those polls in the end — perhaps boosted by the Associated Press report the day before that she had sealed the nomination through winning the support of enough party insiders with super delegate votes.

On the Republican side, Donald Trump won over 75% of the vote, running uncontested. Ohio Gov. John Kasich was second with over 11%.