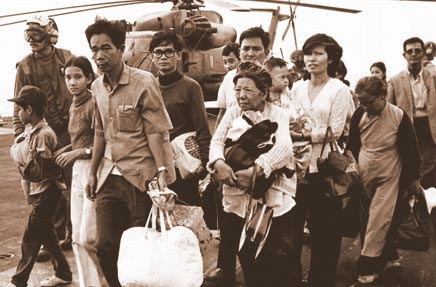 A known Hamas operative and unindicted co-conspirator in the largest terrorism financing trial in U.S. history – Kifah Mustapha – was recently escorted into the top-secret National Counterterrorism Center and other secure government facilities, including the FBI’s training center at Quantico, during a six-week “Citizen’s Academy” hosted by the FBI as part of its “outreach” to the Muslim Community. The group was accompanied by reporter Ben Bradley of WLS-Chicago (ABC), who filed a report on the trip to Washington D.C. on Sunday, who observed:

Sheik Kifah Mustapha, who runs the Mosque Foundation in Bridgeview, asked some of the most pointed questions during the six week FBI Citizens’ Academy and trip to Washington. He pushed agents to fully explain everything from the bureau’s use of deadly force policy to racial and ethnic profiling. “I saw a very interesting side of what the FBI does and I wanted to know more,” Sheik Mustapha explained after returning from D.C. He hopes the FBI’s outreach runs deeper than positive public relations.

Yes, I bet he wanted to know everything about the FBI’s policies.

Curiously, Bradley’s report on the Citizen’s Academy fails to make note Mustapha’s extensive terrorist ties and support for Hamas, including his former employment with the Holy Land Foundation, which was listed as a specially designated terrorist group by the U.S. government in December 2001, and whose executives were convicted of terrorism support in 2008 and sentenced to lengthy prison terms. Mustapha was personally named unindicted co-conspirator (#31) in the case and employment records submitted by federal prosecutors during the trial showed that he received more than $154,000 for his work for the Holy Land Foundation between 1996 and 2000. During the trial, FBI Special Agent Lara Burns testified that Mustapha also sang in a band sponsored by the Holy Land Foundation that regularly featured songs dedicated to killing Jews and glorifying Hamas. In a deposition he gave in a civil trial concerned with the murder of a Chicago teenager killed by Hamas while waiting for a bus in Israel, Mustapha admitted that he was the registered agent for the Holy Land Foundation in Illinois, and also to his involvement with other Hamas front groups, including the Islamic Association for Palestine. He was later hired as an imam by the Mosque Foundation in Bridgeview, which the Chicago Tribune reported in 2004 has long been a hotbed of Hamas support.

Bradley’s omission of this information about Kifah Mustapha in his report on Sunday is all the more curious since his own station aired an extensive investigative report of Mustapha’s terrorist ties earlier this year.

The WLS investigation into Mustapha’s terrorist ties was prompted by a report published by the Investigative Project on Terrorism in January, which noted that Mustapha had been selected and trained as a chaplain by the Illinois State Police despite his documented terrorist support. The State Police eventually withdrew Mustapha’s appointment as chaplain and just last month he filed a lawsuit against the agency claiming discrimination aided by the Council on American-Islamic Relations, another FBI-identified Hamas front group.

There are several obvious problems with this episode, the first being the FBI’s “outreach” to a known Hamas operative (identified as such by federal prosecutors) and walking him through some of our country’s most sensitive counter-terrorism facilities. Why should terrorist operatives have to covertly case potential targets when the FBI will happily escort them and taken them into areas they would never be able to reach on their own? Who’s next on the FBI’s “outreach” calendar, Khalid Sheikh Mohammed and his fellow GITMO detainees?

This ongoing “outreach” to terror-linked individuals and leaders of known terrorist front groups by senior leaders of our national security, homeland security and law enforcement agencies is the kind of behavior criticized by my colleagues and I in the Team B II’s report released earlier this month, “Shariah: The Threat to America“. As I observed last week here at Big Peace, Matt Duss of the Center for America Progress and ThinkProgress.org demands that we continue this insane national policy of embracing the same individuals and organizations who have been caught openly cheerleading for Islamic terrorists and have called for the destruction of the U.S. and Western Civilization.

The other glaring problem is that a reporter working in one of the largest media markets in the country can travel to such an event and be unaware of or unwilling to mention his own station’s reporting on his travel partner’s terrorist support activities. Such is the state of the establishment media today.