Back in September I reported on a video showing that Al-Qaeda cleric Anwar Al-Awlaki, spiritual mentor to at least two of the 9/11 hijackers, had led Friday prayers in the U.S. Capitol for congressional Muslim staff members. The video was part of the PBS documentary, “Mohammad, Legacy of a Prophet“. And just a few weeks ago Catherine Herridge at Fox News reported that Awlaki had been hosted at a luncheon at the Pentagon by the U.S Army’s Office of Government Counsel.

Now I can report exclusively here at Big Peace that Anwar Al-Awlaki, who is currently subject to a kill-or-capture order signed by President Obama, was involved in the training of the Defense Department’s Muslim chaplains and lay leaders as an instructor at the Institute for Islamic and Arabic Sciences in America (IIASA) in the Washington D.C. area. 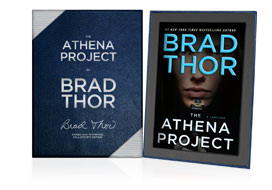 Controlled by the Saudi Embassy and operating under the kingdom’s Ministry of Higher Education, IIASA served as the branch campus of the al-Imam Muhammad Ibn Saud Islamic University in Riyadh. The institute was certified to train the Pentagon’s Muslim chaplains until 2003. Many IIASA faculty members, who held diplomatic passports, had their visas revoked in January 2004 and the institute itself was raided by the FBI, customs and the IRS the following July. It closed shortly thereafter.

Awlaki’s role in the program was reported by Glenn Simpson at the Wall Street Journal back in December 2003 but hasn’t been mentioned since. Writing about the IIASA’s controversial role in the military chaplain program, Simpson noted:

Anwar al-Aulaqi, the former imam at a mosque in San Diego, also has lectured at the institute. A congressional report on Sept. 11 released this July said Mr. Aulaqi counseled two of the hijackers while they stayed in San Diego and then transferred to a mosque that both hijackers attended in northern Virginia shortly before the attacks. Mr. Aulaqi, who is now believed to be in Yemen, has denied knowing of the hijackers’ plans.

According to Simpson, at least 75 military Muslim chaplains and lay personnel were trained by IIASA.

More is now known about Awlaki’s relationship with the 9/11 terror plot. Time Magazine reported that the cleric held closed-door meetings with two of the hijackers in San Diego, and the pair followed Awlaki to the DC-area when he moved there in early 2001. Hani Hanjour, who flew American Airlines Flight 77 into the Pentagon, joined them there. The three hijackers attended the Dar al-Hijrah mosque in Falls Church, Virginia, where Awlaki served as imam.

In response to the negative attention created by their former imam’s high profile, Dar al-Hijrah officials have claimed that Awlaki was radicalized after he left the U.S. But the evidence clearly indicates otherwise.

According to the New York Times, in the early 1990s Awlaki had counseled a Saudi student at the University of Denver to join the jihad in Chechnya when he was imam at a local mosque. In San Diego, Awlaki was vice president for a Yemeni charity, the Charitable Society for Social Welfare (CSSW), which was founded by Osama bin Laden’s mentor, Abdul Majid al-Zindani – a designated terrorist. Federal prosecutors in 2004 said in a terrorism trial that the U.S. branch of CSSW was a front for Al-Qaeda. Recent evidence shows that Zindani is still involved in the Al-Qaeda-linked charity, but that didn’t prevent the U.S. Department of Labor from signing a $3.5 million partnership agreement with the group in 2008 to fight child labor and trafficking.

A Joint Congressional report on intelligence concerning the 9/11 attack also revealed that the FBI had opened an investigation on Awlaki in June 1999. FBI agents discovered that Awlaki was in contact with another target of a terror investigation. An analysis of Awlaki’s pre-9/11 audio sermons, which are still sold in mosques and Islamic bookstores all over the country, by the Investigative Project on Terrorism showed that Awlaki had made statements calling for the implementation of shariah and encouraging long-term commitment to jihad.

An Al-Qaeda cleric’s participation in training military chaplains is less surprising since the program itself was established by Abdurahman Alamoudi, who was tapped by the Defense Department to create the program and who hand-picked the first 16 Muslim chaplains for the military, was himself an Al-Qaeda operative. Alamoudi is currently serving a 23-year federal prison sentence.

But what exactly happened to the Pentagon’s Muslim chaplains and lay staff that Anwar Al-Awlaki helped train and Abdurahman Alamoudi helped select is still unknown.