“America loves India, America respects India, and America will always be faithful and loyal friends to the Indian people,” Trump said to a crowd of more than 100,000 people at India’s Sardar Patel Gujarat Stadium in Ahmedabad.

The president delivered a speech flattering India’s rise to prosperity under Modi as the largest Democracy in the world and a friend to the United States.

“The story of the Indian nation is a tale of astounding progress, a miracle of democracy, extraordinary diversity, and above all, a strong and noble people,” Trump said.

The president acknowledged the strength of India’s democracy and the economic progress achieved under the leadership of Modi, whom Trump described as his “true friend and praised his rise to power beginning as a poor tea-seller in India.

“Everybody loves him, but I will tell you this, he is very tough,” Trump said.

Trump noted that under Modi, India’s middle class was rising, over 270 million people had been lifted out of poverty and more homes had electricity, connections to the internet, and improved infrastructure.

“India’s rise as a prosperous and independent nation is an example to every nation all over the world and one of the most outstanding achievements of our century.” 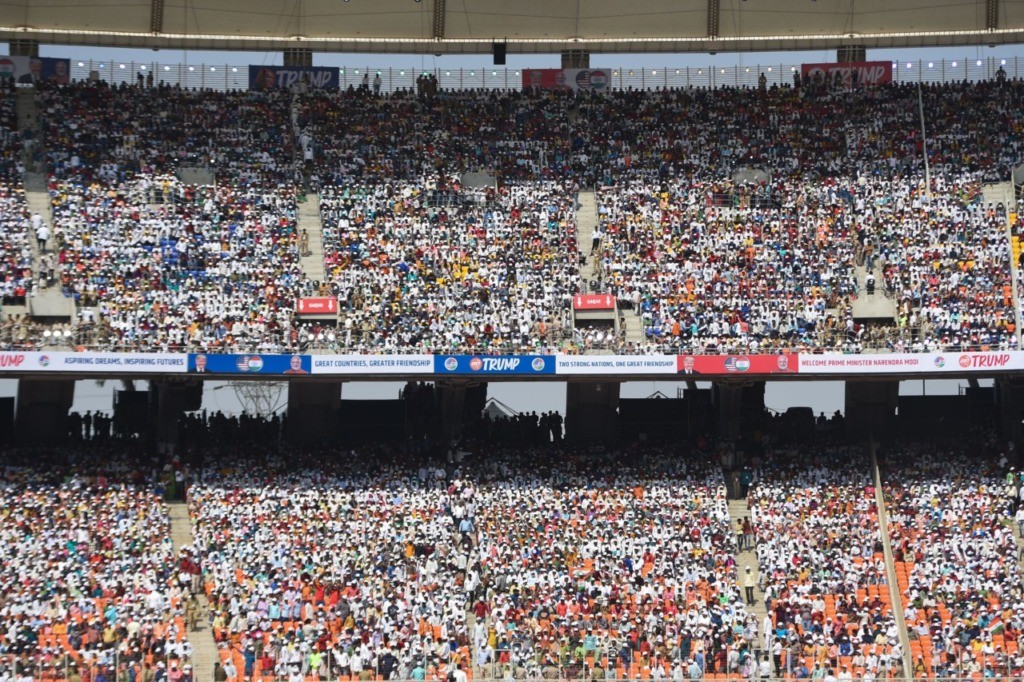 People attend ‘Namaste Trump’ rally at Sardar Patel Stadium in Motera, on the outskirts of Ahmedabad, on February 24, 2020. (MONEY SHARMA/AFP via Getty Images)

The president also promised to continue fighting the threat of “radical Islamic terrorism,” working with both Pakistan and India to crack down on terrorists.

“The United States and India are also firmly united in our ironclad resolve to defend our citizens from the threat of radical Islamic terrorism,” he said, celebrating the successful destruction of ISIS under his administration.

He also praised India’s tradition of faith, which was similar to that of the United States.

“In America and in India, we know that we are all born for a higher purpose: to reach toward our fullest potential, to work toward excellence and perfection, and to give all glory to God,” he said.

“All over the planet, people take great joy in scenes of Bhangra music, dance, romance and drama, and classic Indian films like DDLJ and Sholay,” he said.

He celebrated the Indian-American culture and contributions to the strength of the United States from four million Indian Americans.

“They are titans of business; the biggest, the best pioneers of science; masters of the art; and innovation of technology like few people have been able to see no matter where you go anywhere in this universe,” he said.

The president said that he was in the early stages of a trade deal with India, appearing optimistic that the two countries could reach a deal. 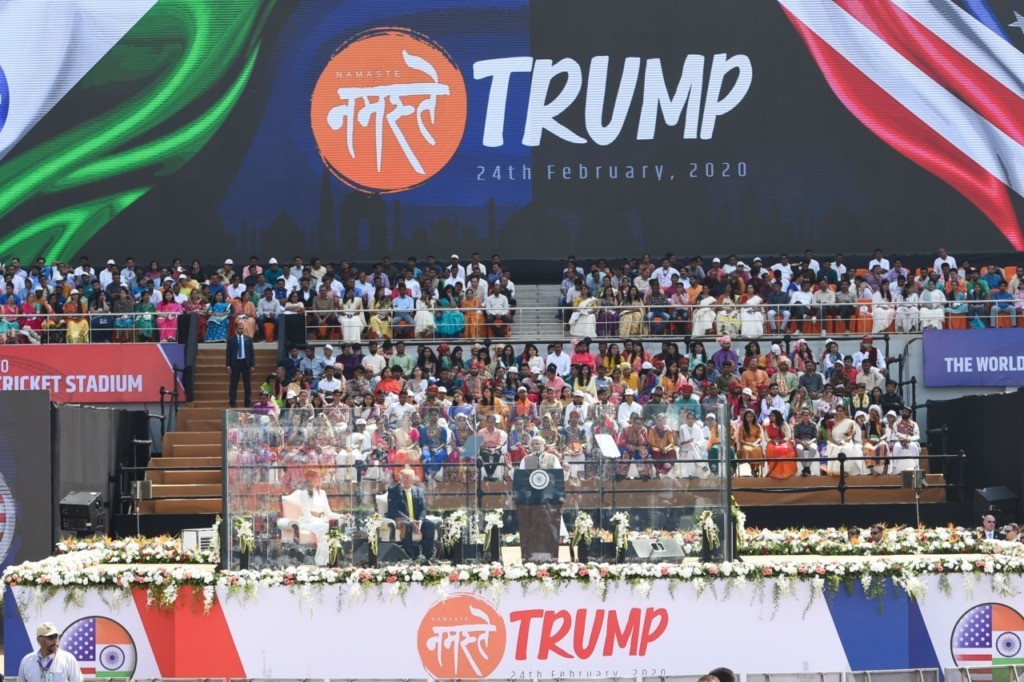 “We will be making very, very, major, among the biggest ever made, trade deals,” he said, but acknowledged Modi was a “tough negotiator.”

Trump also boasted of the newfound strength of the American economy under his leadership.

“A booming America is a great thing for India and it’s great for the world and that’s why we’re so happy to announce that we’ve had the greatest economy in the history of the United States.”

The president promised to continue a relationship of strength and prosperity between the two countries, noting that Modi was a fellow populist leader.

“Both of us understand that when leaders put the interests of their own citizens first, we can forge strong and fair partnerships to build a safer and more prosperous world,” he said. 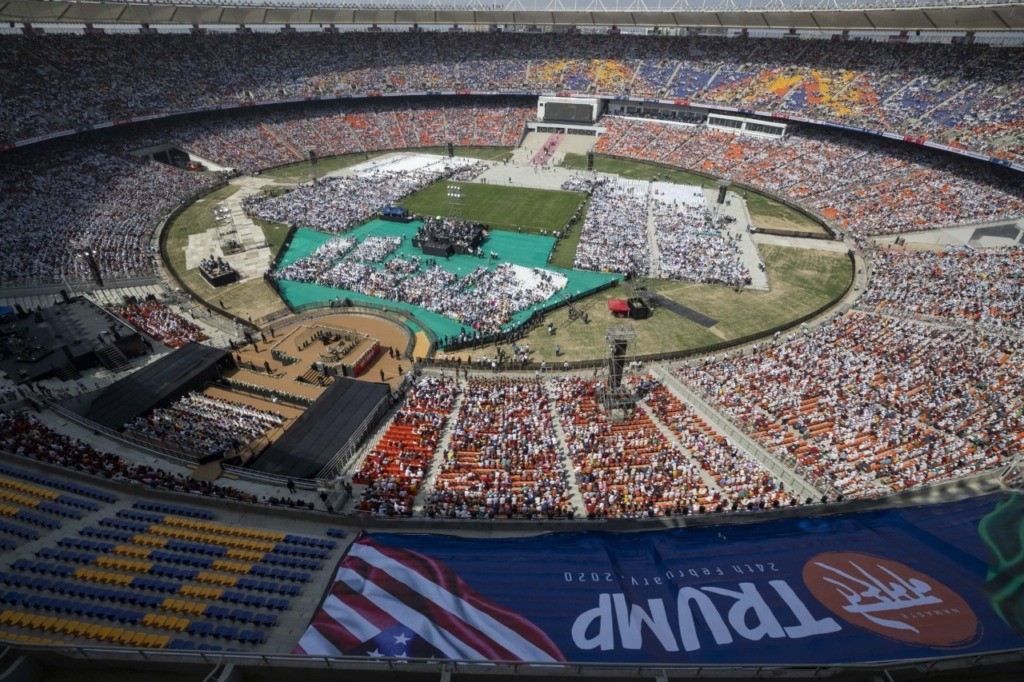 U.S. President Donald Trump speaks during a “Namaste Trump,” event at Sardar Patel Stadium, Monday, Feb. 24, 2020, in Ahmedabad, India. India poured on the pageantry with a joyful, colorful welcome for President Donald Trump on Monday that kicked off a whirlwind 36-hour visit meant to reaffirm U.S.-India ties while providing enviable overseas imagery for a president in a re-election year.