India will buy $3 billion worth of military equipment, including attack helicopters, U.S. President Donald Trump confirmed Tuesday, in further evidence of deepening ties between the two countries acting as a counterbalance to the rising weight of China in the region.

India and the United States were also making progress on a big trade deal, Reuters reports. Negotiators from the two sides are working to narrow differences on farm goods, medical devices, digital trade and new tariffs.

Trump and Indian Prime Minister Narendra Modi hailed the growing defense and commercial ties between the world’s two largest democracies even as they acknowledged that a trade deal between them remains some way off.

Trump said he was “optimistic” a trade pact could be reached eventually, and claimed ties between the U.S. and India had reached historic strength.

“It has never been as good as it is right now,” Trump said during a statement after his meeting, citing his personal bond with Modi as the underpinning.

“We feel very strongly about each other. We have done something that is very unique,” he said.

Trump said his visit had been productive with the conclusion of deals to buy helicopters for the Indian military. India is buying 24 SeaHawk helicopters from Lockheed Martin equipped with Hellfire missiles worth $2.6 billion and also plans a follow-on order for six Apache helicopters.

India is modernising its military to narrow the gap with China and has increasingly turned to the United States over traditional supplier, Russia. 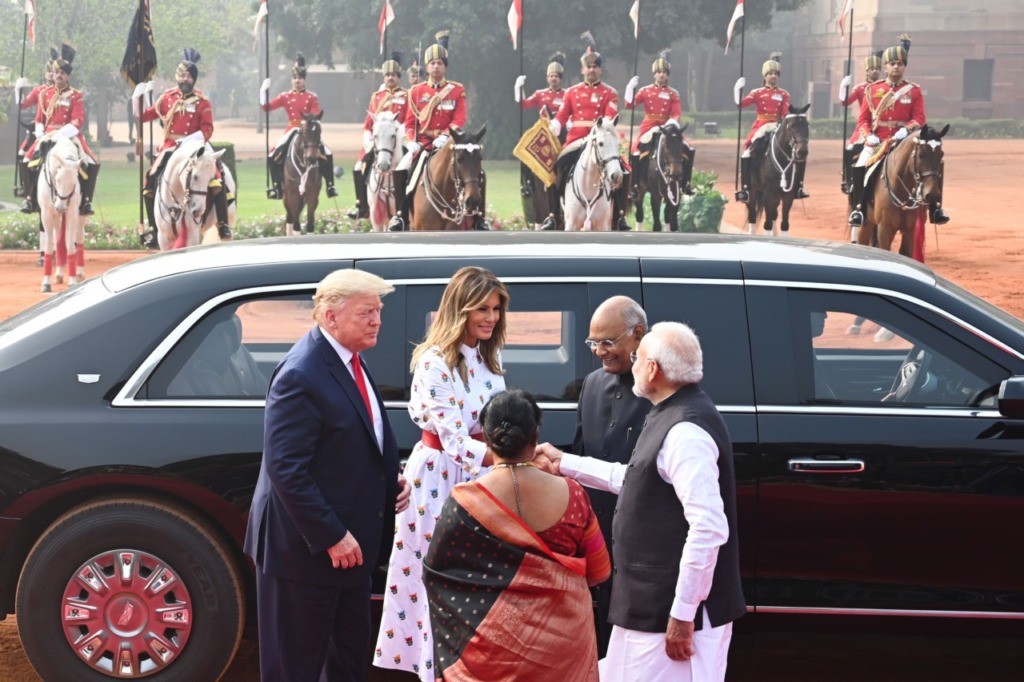 As Breitbart News reported, Trump has been accorded an astonishing welcome since he arrived in India on Monday.

“America loves India, America respects India, and America will always be faithful and loyal friends to the Indian people,” Trump said within hours of arriving to a crowd of more than 100,000 people at India’s Sardar Patel Gujarat Stadium in Ahmedabad.

The president delivered a speech flattering India’s rise to prosperity under Modi as the largest Democracy in the world and a friend to the United States.

“The story of the Indian nation is a tale of astounding progress, a miracle of democracy, extraordinary diversity, and above all, a strong and noble people,” Trump said.

On Tuesday the president elaborated, saying he and first lady Melania Trump “have been awed by the majesty of India” and will ”always remember the magnificent welcome” they received upon their arrival.

On the second day of his whirlwind trip, Trump described his time in India as “amazing in every sense of the word.” And he said progress is being made on future trade, fighter jet purchases and energy.