President Donald Trump sent a series of messages on Twitter to Democrats on Friday, demanding they start lifting state lockdowns after the coronavirus has hit its peak.

He also singled out New York Gov. Andrew Cuomo after the governor criticized the federal government for failing to pass more funding for his state.

“Governor Cuomo should spend more time “doing” and less time “complaining,” Trump wrote. “Get out there and get the job done. Stop talking!” 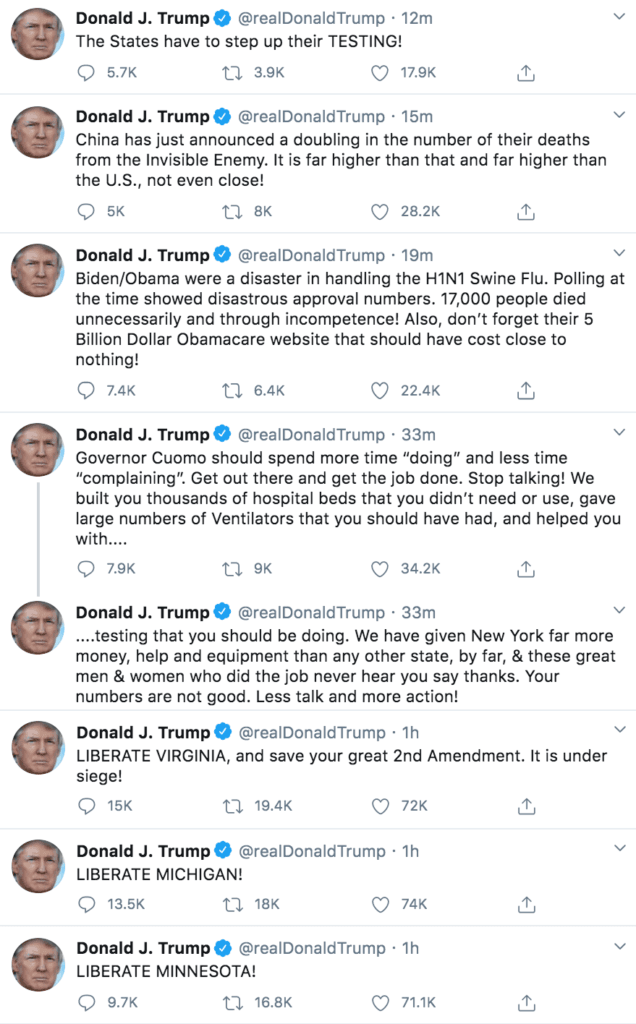