President Joe Biden’s pro-migration deputies are importing many unvetted Afghans into Americans’ homeland — and the arrivals will likely get work permits and citizenship, say former officials at the Department of Homeland Security (DHS).

The inflow of unvetted Afghans was acknowledged by a state department official on August 23, according to Reuters:

Today the first onward flight of SIV [Special Immigrant Visa] applicants took off from Germany to the United States, and we expect those to continue to ramp up,” the official added, in reference to the Special Immigrant Visa, designed for people who worked with the U.S. military. [Emphasis added]

Elsewhere, officials are refusing to state all Afghans will be vetted before they arrive.

At the Pentagon, Major General Hank Taylor told the media on August 21 that  “Intelligence, law enforcement, and counterterrorism professionals are conducting screening and security vetting for all SIV applicants and other vulnerable Afghans before they are allowed into the U.S.”

He did not say the vetting would be completed before the migrants are allowed into the U.S. 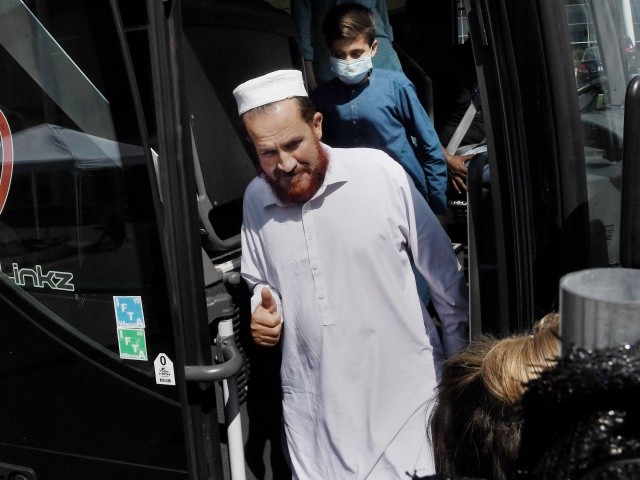 Afghan refugees arrive at a processing center in Chantilly, Virginia, on August 23, 2021, after arriving on a flight at Dulles International Airport. (OLIVIER DOULIERY/AFP via Getty Images)

President Joe Joe Biden’s office tweeted a claim on August 23 that “Once screened and cleared, we will welcome Afghans who helped us in the war effort to their new home in the United States of America.” But the tweet did not say that all officials would only welcome Afghans who have completed their vetting.

It is very difficult for U.S. troops in Kabul to vet Afghans who claim to have fought alongside U.S. forces or who claimed to have worked for U.S. projects, said Ken Cuccinelli, who served as the deputy chief of homeland security for President Donald Trump. “It is brutally difficult to get that done with any reliability … It impossible when you no longer have a presence in the area,” said Cuccinelli, who is now a senior fellow of immigration at the Center for Renewing America.

“If [the vetting] is going to happen, it has to happen in these third countries before they get to the United States,” Cucinelli said.

“It is not clear that we’re going to be able to vet those people before a decision is made whether to bring them over or not, and that kicks over to the question of how much risk are we willing to absorb in those decisions where we don’t have the ability to prove key elements like confirming identity?” he said.

Migrants are clever and capable of fraud, Cuccinelli warned. Progressives wish to treat “them as if they’re these stupid people barely able to stay alive … [But] they’re quite smart just like most other people.” 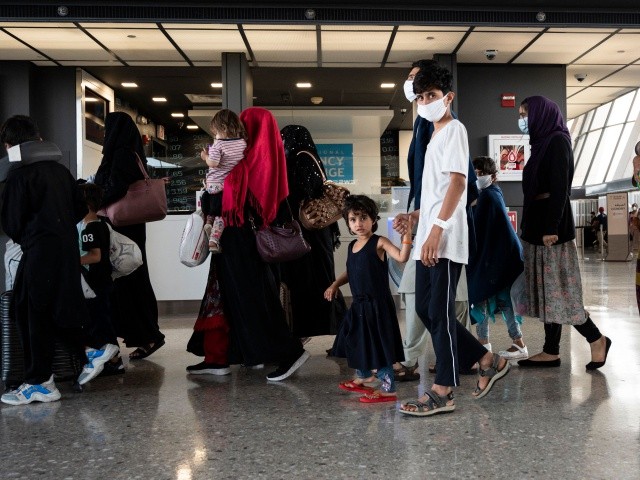 Once in the United States, migrants who fail the vetting process will not be deported, predicted Rob Law, the director of regulatory affairs and policy at the Center for Immigration Studies. He continued:

The lax attitudes towards vetting echo progressives’ eagerness to import migrants in the United States, he said. In 2021, for example, Biden’s pro-migration progressives will oversee the inflow of roughly 750,000 legal immigrants, plus at least 800,000 economic migrants through the Mexican border. Overall, the 2021 inflow is equal to almost one migrant for every two American births.

A majority of Americans oppose the resettlement of more than 50,000 Afghans in the United States, according to a survey by Rasmussen Reports. The August 18-19 survey of 1,000 likely voters was taken as Biden appears to be expanding the number of migrants he is flying to the United States, far above the initial predictions of 22,000 Afghans — plus family members — who worked alongside the U.S. soldiers who were supporting Afghanistan’s government.

Biden signed an executive order Thursday that denies state and local governments any authority to reject the drop-off of refugees into their towns and communities. https://t.co/sP2QZ2HvzC

For progressives, the goal is to get the Afghans into the United States, said Law, who was a senior official in the U.S. Citizenship and Immigration Services under Trump. “You have to get them here [in the United States] first in order for them to get immigration benefits that the left so desperately wants to dole out,” he said, adding:

A few of them actually qualify for SIVs [Special Immigrant Visas for translators], but most of them do not. [Once they are in the U.S.], then all sudden, [progressives] will say, “Well, here’s a [legalization] program that we’ll make up of out of thin air and in violation of the law.” Or, once you have a large enough population here, then all of a sudden, [Homeland security secretary Alejandro] Mayorkas slaps Afghanistan with the TPS [Temporary Protected Status] designation, and then they’re here forever.

They’re just going to keep trying to find different avenues to just extract Afghanis and let them stay in the United States permanently.

There’s your “Mission Accomplished,” which is not winning a nation-building war or anything else like that. It’s really just continuing to bring in the world’s poor and give them a permanent place in the United States.

“There’s an opportunistic element to this,” said Cuccinelli.  “That cadre of [pro-migration] folks in both parties — although it’s become a bit of a religion on the left whereas on the right, it’s more corporate cronyism —  they will seize the opportunity and they’ll, if nothing else, err on the high side.”

Progressives are eager to get many Afghans into the United States, despite the law and security risks, said Law. He added:

It’s just part of the anti-borders mindset that “We’re one world, we’re not the United States, we’re not a sovereign nation, and it’s selfish for the United States with all of  its wealth and success to not share that with everybody else.” So you should just bring in the people.

There are political motivations behind it. If you’re the political party that helps make this happen, then there’s kind of this wink and a nod as to how these people or their subsequent offspring or other family members will vote in subsequent elections.

Businesses have new consumers, and they also have a new cheaper source of labor to employ, to further keep their costs down, and for the [investors] of the world to further maximize their profit margins.

But state legal officials can sue the administration, he said. “Our immigration laws are meant to be generally protective of American workers, and what’s being done here is a complete annihilation of the immigration laws.”