Armed police guarding the Parliamentary estate have detained a man who breached security to enter the grounds of the Palace of Westminster.

The suspected security breach happened at 3 pm on Wednesday with police stopping a man at New Palace Yard. Authorities said that the incident is not terrorist-related.

The Telegraph reports that one man was seen pinned down by police, with photographs taken at the time showing officers pointing firearms and tasers at the man, dressed in blue jeans and a black jacket.

“A man was detained and arrested at Carriage Gates inside the Palace of Westminster on suspicion of trespassing on a protected site. Enquiries into the circumstances continue,” a London Metropolitan Police Service spokesman said, according to The Guardian.

A House of Commons spokesman said: “We are aware of an incident on the Parliamentary estate which is being attended by police and security staff.” 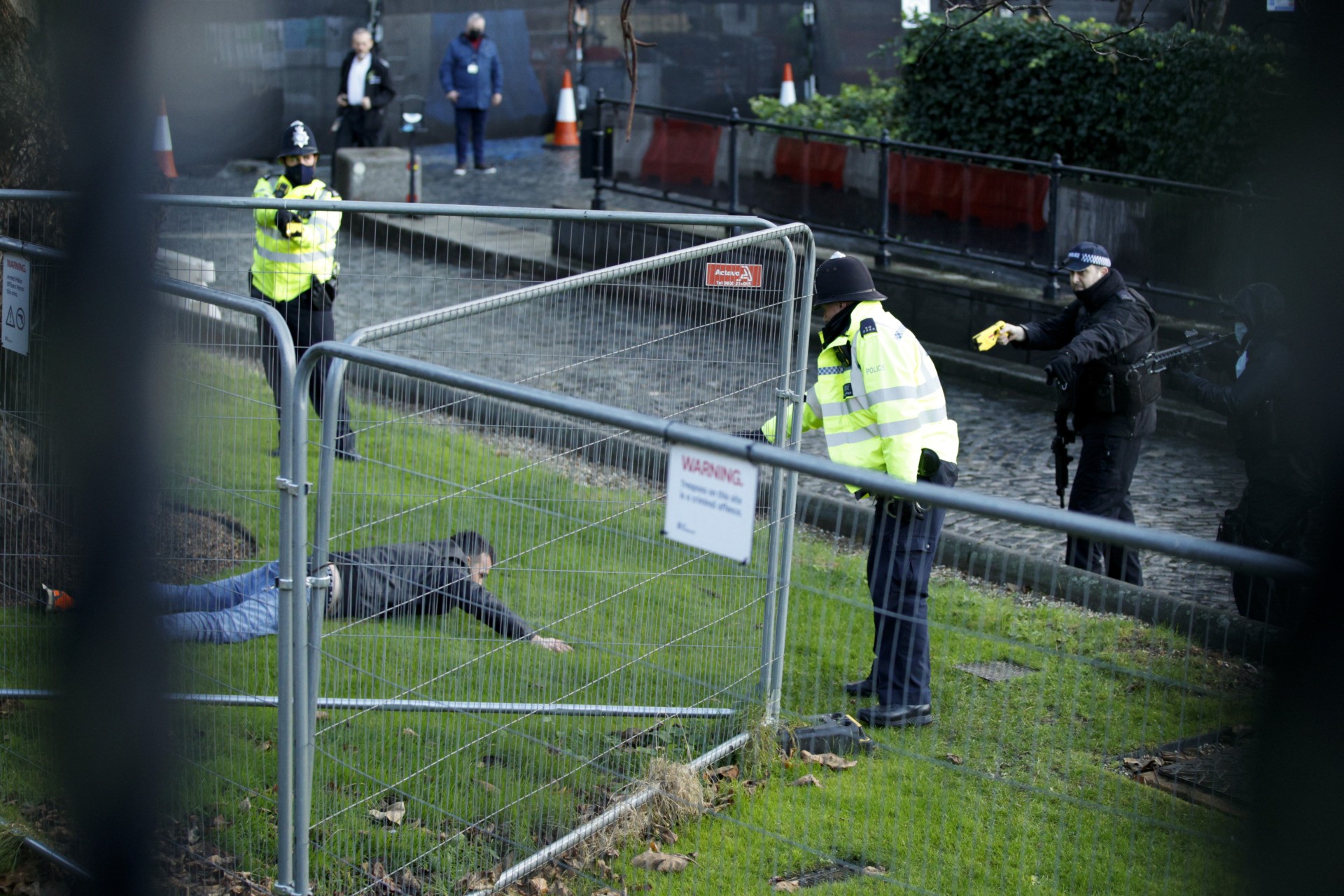 Police officers detain a man after he entered the grounds of the Houses of Parliament in London, Wednesday, Dec. 1, 2021. (AP Photo/David Cliff)

Elliot Keck, who works in the palace for Romford MP Andrew Rosindell, said that it appeared the man had entered the parliamentary estate by climbing over a fence, shortly before officers tasered him.

“As he was being tasered two armed police had their guns drawn,” Mr Keck said, according to ITV, adding: “When it was established he wasn’t a threat armed police moved off and he was sat upright for a period before being taken to the van.”

New Palace Yard had been the site of the March 2017 terror attack by Islamist Khalid Masood, who killed four people while mowing down pedestrians on Westminster Bridge, before exiting his car and breaching the parliamentary estate, stabbing unarmed PC Keith Palmer to death.

The incident prompted a review of hose the Palace of Westminster is policed.