Amanda Milius, director of The Plot Against the President, described masked servants waiting on maskless celebrities and assorted elites as a “visual representation” of a decadent society reminiscent of fictional dystopian science fiction universes.

Guests of the 73rd Primetime Emmy Awards — held on Sunday in Los Angeles, CA — were not wearing masks as they were served by masked staffers, as Breitbart News reported.

California, via its health department, currently mandates the wearing of masks in indoor settings for “unvaccinated individuals.” 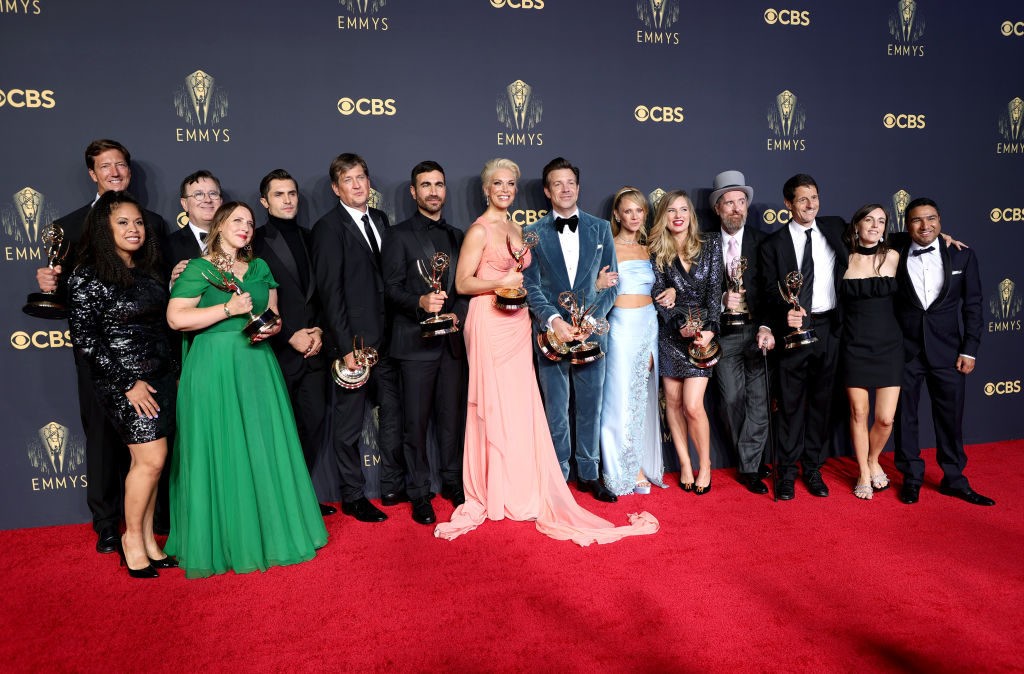 Milius contrasted the masking of event staffers with maskless celebrities and other television entertainment professionals at the event in an interview with Breitbart News Editor-in-Chief Alex Marlow on Monday’s edition of SiriusXM’s Breitbart News Daily.

“They want us to know that there are different rules for them than there are for us,” Milius said of elites demonstration of their own immunity to decrees ostensibly issued to reduce COVID-19 transmission. “It’s just totally off-putting. What’s kind of gross about it is that they are just shoving it in our faces — how distant and how different the rules are for them than for us.”

She remarked, “The big thing last night was how the COVID rules were so flaunted and just obviously not for the elites, but then the rest of us have mask restrictions in California and everything like that.”

Despite her assessment of conservatives’ highlighting of left-wing “hypocrisy” as often “useless,” Milius appraised the contradiction of masked servants waiting on maskless celebrities at the Emmys as particularly noteworthy. She said, “Pointing out the left’s hypocrisy … is the thing that I hate doing because it feels so so useless, but in an occasion like that, it is really obvious. That’s what they want us to feel.”

Marlow recalled the same display of masked staffers attending to maskless elites at the Met Gala.

“At the Met Gala, [we saw] all of these celebrities with their stupid political slogans, and they’re not wearing masks,” he remarked, “and then all the servants wearing masks and then you look at the Emmys and it’s the same thing. It’s the elite in their goofy outfits, no masks, but the servants who are bringing them Veuve Clicquot [are] wearing the masks. … They’re actually discriminating against normal people.”

Milius described celebrities’ conduct at the Emmys as a signal of elite status and an increasingly brazenness declaration of contempt for those they view as ordinary.

“We’re finally at the point where they get to visually articulate how they actually feel about the lower classes, because they have to do all this lip service,” she said. “The hardest thing about being a rich left-wing celebrity is figuring out how to pretend that you don’t have disdain for the lower classes outwardly, so they do all this work to act like they care about these things, using phrases like ‘income inequality’ and caring about distant social issues that don’t actually do anything like, ‘wokeness.'” 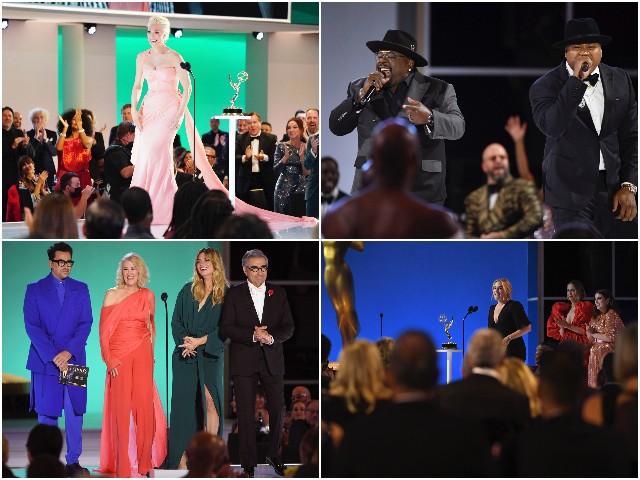 She continued, “Then they’re like, ‘Actually, can the staff just go ahead and mask up, because I don’t think their air is clean.’ That’s pretty bold. It’s such an amazing thing to do. It really illuminates how things are. … I just keep asking myself, ‘How many dystopian movie plots are we going tp get through in the last few years?’

“Everything’s already been acted out in front of us,” she added. “This is so Fifth Element-slash-Hunger Games, where the elite are in this over-the-top decadent world, and everybody else is struggling along. It’s really gross. Having the servants masked and them walking around in absurd gowns is just … so visually perfect for what’s going on. I’m almost like, ‘Do it more. Get your pictures.'”